KEN: In the Biden regime, you probably have noticed one of the most high-profile handlers of Mr. Biden is Kamala Harris. Yes, she’s getting very famous, and she has been put in charge of the border. Nobody knows why this happened. They’re really, from a chain of command standpoint, I mean, I don’t know how much she can do, other than be a cheerleader or a figurehead. I don’t know if she’s been down to the border yet since she’s been put in charge of the border.

She said recently in the last 24 hours in the New York Post… This is the brilliance of the Democrats. No matter how stupid their logic is, there isn’t… It isn’t logic. It’s a narrative. But because they have the wind at their back, the sun on their face — the media’s got them covered, academia has them covered — she can say stupid things like this.

(paraphrased) “You know, you know, the core reason for the problem at the border is climate change, how climate change is impacting those countries.” You see? The brilliance is there’s just a handful of things that just keep rotating in the response and in the dialogue of the left. It just, it’s like a… It’s a wheel — and it’s not random, it’s consistent. 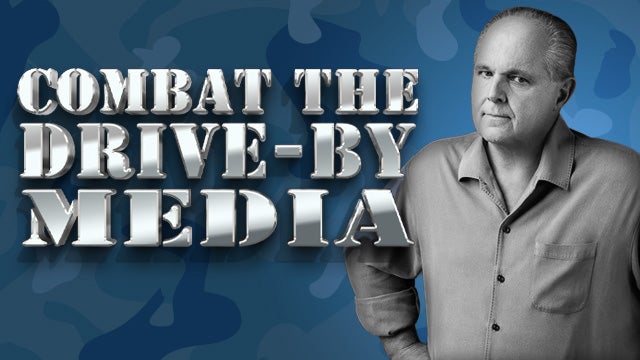 It’s either gotta be climate change or racism, and then those have subdivisions. And right now, we’ve managed to work racism into covid-19, racism in everything. It runs through everything. But climate change, they never miss an opportunity, and that is the training for them to stay on point. I don’t know if they learned this from Saul Alinsky or from Lenin, but they stay on point.

“It must be climate change! Oh wait a second. Are you a person of color? Could a racist person have done that to you?”

It’s… You got admit, it’s brilliant. Now, the news media, they play along. “You’re absolutely right. I mean, if my neighbor, Elaine, didn’t have a big, giant sport ute, they’d be able to grow crops in that country!” You see? (humming Twilight Zone theme) Yet when there are legitimate issues at the border, like right now we’re dealing with young children being raped — and the media won’t cover it. It’s horrific. And we could go back five years. Here’s Rush.

RUSH: “Tear Gas Used Once a Month at Border Under Obama.” See? You want to know one of the most frustrating things for me is the ineffectiveness of news like this. Five years ago, almost to the day, Barack Obama, his Border Patrol was tear gassing tons of people that were storming the border illegally and not a single word about it from anybody at the Drive-By Media, not a single concern, even.

Nobody in media was even worried. They may not have even freaking known. But even if they had known, they wouldn’t have cared because Obama can do no wrong and Obama was never gonna be reported in a bad light like this. So now it’s five years later and you tell people outraged over Trump separating families and Trump tear gassing kids.

“Wait a minute. Obama did this back in…” “He did not! Obama wouldn’t do something like this. I know Obama. He wouldn’t do that!” The ineffectiveness of the truth about Democrats five years later, seven years later. I have to admit, it’s frustrating that that stuff has no impact on people. No effect whatsoever.

KEN: And the power of the news media to carry Joe Biden on their back… There’s a great meme going around. Of course, you know that Joe Biden memes are forbidden on certain platforms. Just a quick note on Twitter. I saw this yesterday. There is a second family suing Twitter because of child trafficking and pornography, child pornography. 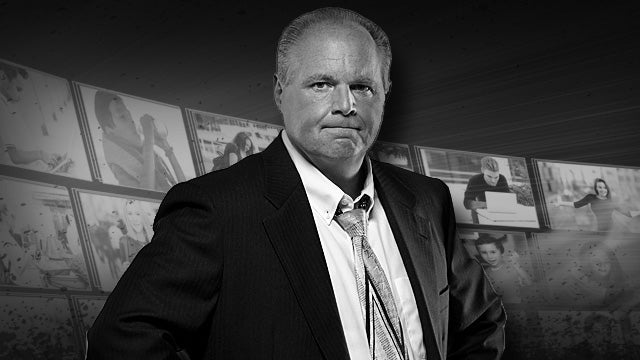 It involved a family member and a second family now suing Twitter because that is… You can do that. Twitter is capable of doing that. So they’ll ban you if you have a joke about Joe Biden or if you question the election or if you talk about January 6th. But child trafficking continues on many recognizable social media platforms. But this meme that’s going around is hysterical.

It’s hysterical. It mimics the Marines raising the flag. I believe it’s Mount Suribachi. I hope I got that correct at the battle of Iwo Jima, right? I’m pretty sure. So what it is, it’s all the Marines, all their helmets have a network news organization. And then the thing that they’re propping up is not the flag. It’s Joe Biden. And it’s brilliant, because that is what’s happening.

So if you have a news media where you know anything you do will be edited, supported, or ignored when necessary — Hunter’s two PCs is a great example. The two laptops of Hunter Biden, ignored. And in this case, you look at all the big lies that the news media has kept alive. And that’s all you have to do with the big lie is just keep putting it on your news feed, keep putting it on your chyron and in your graphic.

Well, you go to a liberal-owned fact-checking thing, like Snopes. Snopes is for dopes. Maybe we’ll go to Wikipedia, run by liberals. Is there anywhere we can go besides the EIB Network and a handful of talk radio shows and some alternative news sources to find out what the heck is going on? No — and that’s by design.