Rush Talks Truth: Riots Are an Offshoot of the Democrat Party

BRETT: It’s incredible to see this explosion of violence that is sweeping across the country, and specifically in America’s cities — really from coast to coast — from New York City all the way out to Los Angeles and in Chicago and in Minneapolis. We see it heartbreakingly overnight in Indianapolis, what appears to be some sort of a random series of shootings at the FedEx facility at the Indianapolis airport, as a gunman…

They’re still trying to identify what the gunman was, what the motivation was. It appears it was random. What does all this add up to? You see murders taking place at a 187% increase out in Los Angeles. You see mayhem and crime at every turn in Bill de Blasio’s and Andrew Cuomo’s New York. And in Chicago, the heartbreaking story of a 13-year-old boy.

This is a breakdown in a respect for law and order — and I don’t necessarily mean a respect for law enforcement, but that’s a huge component of this. But just the notion that the law should apply to everybody. You don’t have the right to take a firearm in someplace and shoot up a facility at FedEx. You don’t have a right as a 13-year-old to be running the streets of Chicago at 2:30 in the morning with somebody who is a felon in possession of a gun. 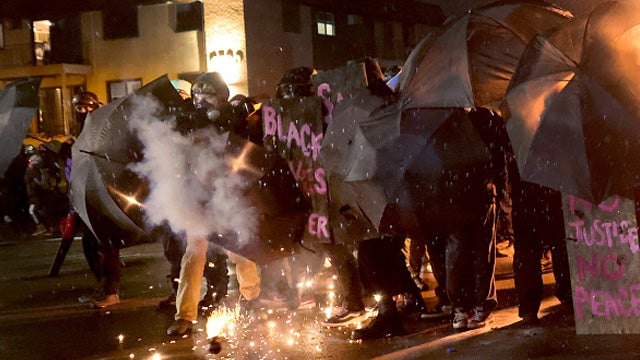 You don’t have a right to conduct murder on the streets of Los Angeles or attempted murder. Remember Lady Gaga’s dog walker? This is a combination of some of the worst in society coming together. And what that is, is the coarsening of the culture’s been present for a hundred years, the idea that human life becomes cheapened year after year.

But it’s about the fraying edges of respect for law and order and in exchange trading it for going soft on criminals and encouraging in some cases — as some politicians are, encouraging — disorder on the streets and in our communities. The sad reality is, America is in a place right now ravaged by the pandemic lockdowns, desperation setting in.

A government subsidizing workers not to work. Businesses can’t find qualified workers. I mean, it is a toxic soup the likes of which we haven’t seen since the malaise of the 1970s and the late days of the 1960s. Chaos seems to rule the day. You know, Lori Lightfoot sat on this video for a number of days of Adam Toledo’s fatal shooting by a police officer in Chicago.

And it’s not lost on me that this person, Lori Lightfoot — who is the mayor of Chicago and has absolutely no control on the streets of Chicago — has hamstrung the police, has used organizations like the ACLU to make policing more difficult, continues to blame neighboring states like Indiana for allowing all the guns to pour into Chicago.

It’s saying, “If we give in to those who want to bring about chaos and destruction on the streets of our cities, that will make them like us more.” It will not. The old notion of just keep throwing somebody out of the boat to feed alligators. Well, eventually you’re gonna run out of people to throw out boat to appease the alligators and the alligators are gonna coming after you.

“Bernie Sanders is breaking with” the Squad on that one, and he is the king progressive of them all in the Senate. He broke “with his left-wing proteges over their calls to defund the police in the wake of the killing of Daunte Wright. Speaking to CNN Wednesday, Sanders said he did not agree with Rep. Rashida Tlaib over her call for ‘no more policing, incarceration, and militarization’…

“‘No I don’t [agree with that]. I think that what we need to do is to understand that there needs to be major, major police reform all across this country. We are tired of seeing the same thing, week after week and year after year. We do not want to see innocent African Americans shot in cold blood.'” Well, that is happening in Chicago on any given Saturday night now.

And defunding the police will not make them safer. It will not make anybody safer. It will only make the criminals more bold in the way that opening the border will make human traffickers and smugglers and modern-day slavers more bold to do that. Rush understood what was going on against the backdrop of these riots. He said these riots are an offshoot of the Democrat Party.

RUSH: This is the police chief, Cassandra Deck-Brown — that’s hyphenated, Deck-Brown — speaking about violence and looting in the city.

BROWN: A building, a window, a door, the property within it can easily be replaced. But for a person who’s had officers shot — and more recently than not — I will not put an officer in harm’s way to protect the property inside of a building.

RUSH: Well, excuse me, but isn’t that what the cops do? She said (summarized), “A building, a window, a door, the property in it can easily be replaced. I’m not gonna worry about it, but for a person who’s had officers shot — more recently than not — I will not put an officer in harm’s way to protect the property inside a building.” Guess what that is an invitation to? 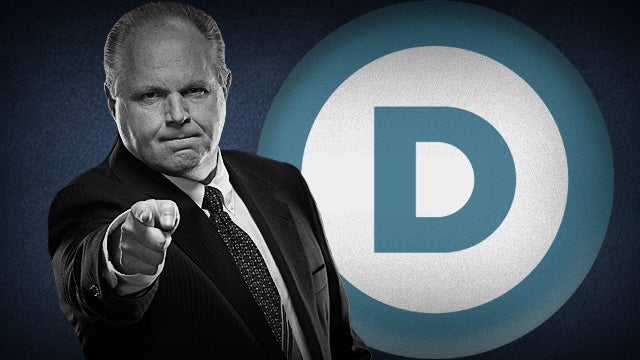 That’s what the police are for. This is the same thing that Democrats were saying to enforce the lockdown. It was worth shutting down the economy if it only saved one life. “I’m not going to deploy one cop if the purpose is to save stuff inside the building.” You know, let your insurance company get hold of that. Find out what happens to your insurance rates if that becomes city policy.

BRETT: Isn’t it incredible to consider how efficient government has been — Gretchen Whitmer in Michigan, Andrew Cuomo in New York, Bill de Blasio in New York, how efficient government is — when it comes to sending in the SWAT team to shut your business down? Yet we’ve seen… Was it Tinhorn Flats out in Burbank? They’ve had wire wrapped around their building and blockages to their driveways, ’cause they were trying to sell food to people.

If only, if only, if only these communities could rely on the health enforcers who come in and shut businesses down to go in and handle the riots, we might actually have a result. Can you imagine? I mean, my gosh, Gretchen Whitmer was able to deploy all kinds of health code officials and judges to go and shut down businesses in Michigan.

And we’ve seen it in New York, we’ve seen it in California, and we’ve seen it in a lot of these places. What we need to do, if you want to stop the riots on the streets and restore order, is just declare not a public riot. Declare a health code violation. Declare it a maximum occupancy violation. They’ll send in those health inspectors with their ticket books. And they’ll be shutting down riots left and right. Antifa will be running for the hills. I guarantee you, they will.