Rush Tips Us Off to This Tactic: Leftists Intimidate the Supreme Court

TODD: Of course, they’re gonna try to pack the courts — or are they? So there’s legislation that would change — would adds seats to — the Supreme Court to make it so that there would never be ever again any form of originalism. That’s a confusing word, isn’t it? Originalism, we know on this program, but for new people — ’cause this show is growing.

We have news about this later in the program. The show is growing! (laughing) Rush’s image continues. The originalism is this: Are we going to have people on the court who actually look at words on paper and say, “Yeah, that words means ‘city;’ that word means ‘state.'” I’m not joking. John Roberts pretends — has pretended — that Washington, D.C., is one of the many states. He literally pretended that. 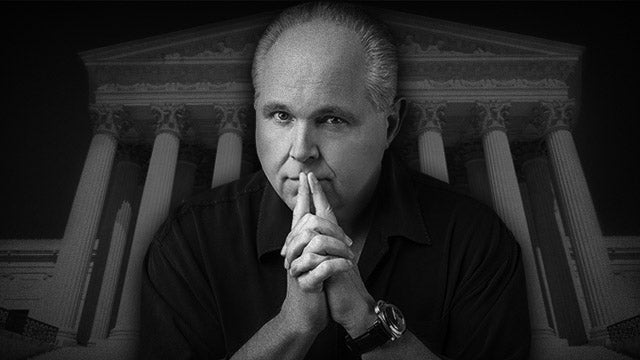 So this effort to expanded the courts is to pack it with what? With whom? With people who don’t care what the words on paper say. “The right of the people to keep and bear arms shall not be infringed.” Well, that could mean… You’ve got arms. I’m looking at you. Look, you got nice wings. The suns are out, the guns out. Your biceps. Those are arms. You’re bearing them.

“But they’ll just make you obsolete. We’ll just pack the court with people who don’t care what the words of the Constitution say.” I try to communicate this to people — like, people who are new to politics or new to governance. Here’s an example. You could be playing a football game. It’s 7-6. Let’s make it better. It’s 6-nothing. You score a touchdown and an extra point, and then the referee comes along goes, “Well, I mean, let’s admit it. Pfft! That kick didn’t go right through the middle. So let’s call that half a point.”

They could do that.

So, to me, I think this makes a lot of sense that it’s just a threat. You go away, you’ll still be justices, you’ll still have some power, just not the powers that were granted you by the Constitution and by being appointed to the Supreme Court. We’ll take those from you, or we can just do what we want 90% of the time. Now, Rush talked about originalists in this clip here, clip number 8. He described this as arrogant losers who act like winners.

That’s why originalist is a key word. You go back; you look at the original intent. You can find it. It’s there. Federalist Papers, numerous discussions, the document itself. The Fifth Amendment to the Constitution is clear, but the US Supreme Court said, “Ah, we think it means something else.” So now we have a bunch of states and the US Congress thinking of writing a law that basically says what the Constitution already says. 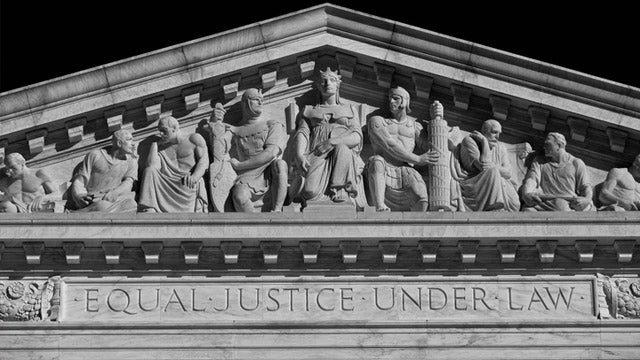 So we’re having to rewrite the Constitution because we’ve got a bunch of judges who are ignoring it, plain and simple. That’s the definition of an activist judge.

TODD: And it also works this way. Like, understand the danger of this, it can’t be overstated. There’s a lot to be concerned about in our country. It also works like this. That can be pulled over by a cop… Well, let’s just go to this. Just across the border in Canada, they have people coming to our border with the SOS sign in Morse code.

Just this past weekend, they’ve announced that police now have some new, unusual powers. In Canada, they can now stop you and say, “Why did you leave your house? Why?” Now, we have limits on that in our country, but when you toss the rules out and a cop can pull you over for what? “Why am I being pulled over?”