All of us at the Excellence In Broadcasting Network and Adventures of Rush Revere Book Series are proud to support the men and women of the U.S. Armed Forces. We recognize the true sacrifices made by military members and their families, and are deeply thankful. Each month, as a token of our appreciation, we honor a special member or veteran of our United States military by inducting them into our Military Hall of Patriots. Please meet our latest inductee below.

HALL OF PATRIOTS – CLASS OF 2020 INDUCTEE 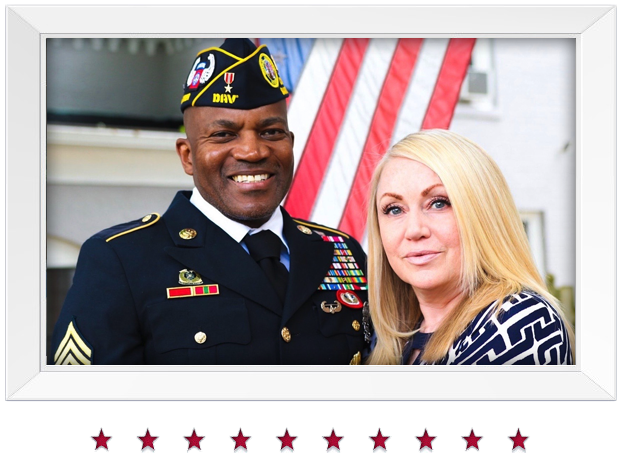 Sergeant First Class Billy Todd
We are excited to induct Army Sergeant First Class Billy Todd into The Rush Limbaugh Show Hall of Patriots, 2020 class. For more than 24 years, Todd served the country bravely in the Mortuary Affairs field, bringing fallen heroes back home to their families. His service led him all over the world, where he assisted in Iraq, Afghanistan, and other locations during the Gulf War. SFC Todd also worked missions in Kosovo during the conflicts of 1999 and took part in an operation to recover a kidnapped American in the Philippines. He was awarded a Bronze Star Medal in 2004, which he received during his tour in Fallujah, Iraq. SFC Todd has shown exceptional strength, courage, and dedication through his years in the United States Army.

SFC Todd continues to show his love of country long after his deployments through his work in the U.S. Department of Veterans Affairs. After returning home, he created a Facebook page where he assisted his fellow veterans and helped educate them on health and benefits programs. He now works as a health advisor at the VA hospital and aids other veterans who are struggling with PTSD. Todd shares that it is an “absolute joy” to take care of his fellow servicemen.

SFC Todd and his wife, Sandra, were honored to support The Stephen Siller Tunnel to Towers Foundation through the Stand up for Betsy Ross Campaign. They shared that the campaign gave them another wonderful way to support those who have sacrificed so much. It is truly an honor to have listeners that are so dedicated to serving others and passionate about their country. For his incredible accomplishments and service, we are proud to induct Sergeant First Class Billy Todd into the Hall of Patriots.