RUSH: I want to try to get to as much of it as possible, and this TIME Magazine piece. We’re still bouncing off of that, because as I said last hour: “I’m so sick and tired of the United States’ involvement in wars over our own national security being looked at through the template of Vietnam, by the American media and the Democratic Party.” It’s just getting frustrating to the max as is said and I don’t understand why we don’t look at templates of what we’ve been successful, why we don’t follow those templates and understand what hasn’t happen in war. These are not therapy sessions. They’re not encounter sessions, group sessions down at these prisons and it’s just absurd the restraints, constraints that are being placed by people who are in charge of our national security. Can you think of the dichotomy here or the irony or the conflict. Off the one hand after 9/11 happens look at the hell there was to pay. The CIA and the FBI screwed everything up, weren’t communicating; nobody knew what was going to happen before it happened because nobody was talking; we didn’t get the information, we didn’t get it to the right people? The 9/11 Commission has all of this in their report and they’re outraged by it. Everybody was outraged by it. Now we’re in the post-9/11 period. We’ve got the guys who are part of the group that did to us what happened on 9/11, and all of a sudden we’re not supposed to be able to do what it takes to get information from these people to protect against another attack or to learn whatever might be necessary to prevent another attack when that’s what everybody was upset about in the immediate days after 9/11.

“We didn’t we do something to stop this?” Well, okay, we’re trying to do something to stop it now and guess what? We have a bunch of people in this country, a bumbling of liberals, a bunch of Sixties wimps if you ask me trying to tie our hands and make sure that we’re not able to do to the best of our ability what needs to be done to prevent another attack from happening. Ditto Iraq. That’s exactly what Iraq is about now. It’s not about weapons of mass destruction. It’s about establishing that country as a free country with people choosing their own fate there in an attempt to change that cauldron of a pit called the Middle East that spawns all this anti-US and anti-western hatred — and it was said at the outset by President Bush, “It’s going to take time.” Now everybody is running out of patience. “Why, we’ve lost 1700! Why, there’s ten dead every day. We need to get out. We need a plan.” People of both parties are getting nobbly kneed here. It’s frustrating as it can be. I want you to hear two more sound bites on the G’itmo business, first from Duncan Hunter again Fox News Sunday with Chris Wallace. After reading the menu that the detainees get, the food that they get, he then decided to continue with another list of benefits that accrue to the prisoners of war at G’itmo.
HUNTER: We feed them now their Islamic food. We give them honey and dates when they break fast at Ramadan. We give them prayer beads, prayer oil, all paid for — in fact if you did that for American GIs and you did a call to prayer five times a day the ACLU would sue on the basis that we broke into separation between church and state. So my question is — we even have footprints that are painted at the prison where guards are not to step during prayer time because they will squeak, will make noise and bother the prisoners. How could you possibly improve that treatment for the guys that are Osama bin Laden’s bodyguards and the guy who was on his way to kill 5,000 Americans no matter where you put them?

RUSH: This is just stunning. We can’t walk between paint footprints because the boots will squeak and disturb the prisoners of war? He’s exactly right, by the way. If we tried to allow American soldiers five prayer calls a day, the ACLU would be right in there demanding this not be done because of separation of church and state. Yet they are demanding — these groups are that we acknowledge the religion of these prisoners and let them practice it as it is required. It’s just silly. It’s just absolutely silly, and I guarantee you this: this is not how you win wars, folks. It’s not how you win wars because winning wars is not about making your enemy like you. Winning wars is not about having everybody love you. Winning wars is not about being respected because people like you. I’ll bet you we are becoming the biggest standing joke in terror cells around the country and around the world than we could ever imagine. I’ll bet bin Laden and his boys are laughing themselves silly. I’ll bet they ever never been happier. They probably cannot believe what we’ve managed to pull off here and they couldn’t have done it without the help of Americans. They couldn’t have done it without the US media. They couldn’t have done it without the sixties generation from this country which uses as its template for war Vietnam. On Face the Nation, Bob Schieffer interviewed Leaky Leahy, Senator Depends from Vermont. This is more of the same. This is Democrat senators acting as defense lawyers for the terrorists that we are holding on Guantanamo Bay. Schieffer says to Leahy, “Well, should we just close G’itmo?”
LEAKY: I think that eventually we have to, because — either that or at least have the administration come out and be honest about it, say who’s being held there, why they’re being held there. We understand there’s even some people that were there because, uh, bounty hunters in Afghanistan turned them over to us and said, “Here. Give us money these are bad guys,” and so they’re put in this black hole. I think as long as that exists we’re going to have one more rallying cry against the United States, and it does reflect poorly on a country that believes in the rule of law. 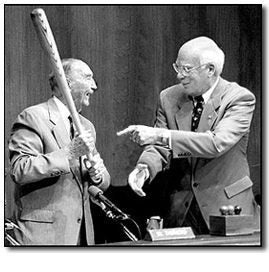 RUSH: Reflect poorly? Depends how you define “poorly.” Yeah, reflect poorly to me, senator. You and your cohorts are reflecting poorly on this country to me. I will guarantee you… Who in the world you trying to impress? Who in the world does he want to think positively of it? What in the world is out there that Senator Leahy is so concerned about? Does he want bin Laden to like us? Who does he care that likes us? It sounds like it’s the enemy to me. I’ll tell you, folks, this is why these people can’t be trusted with national security. I rue the day these people are ever in charge of it. It’s going to be an absolute nightmare. In the remaining time, Mike, I want sound bites 13 and 14 here. Curt Weldon, we’ve got him. He was on the Meet the Press yesterday with Tim Russert and Biden was also there, but Tim Russert said, “Congressman Weldon, there’s a report in the Washington Post today that in July of 2002, Tony Blair, prime minister, Britain, received a memo — this is before the Downing Street Miami we talked about a couple weeks ago — which said that little thought had been given to protracted and costly occupation postwar. Do you think that’s fair?”
RUSSERT: I think what’s caused the increasing problem we’re seeing is the increased activity by Syria and Iran which for some reason our intelligence comment does not want to acknowledge or deal with. In fact as we talk to the Iraq Iraqi officials — and we met with the speaker of the parliament, the prime minister, the defense minister, the two generals charge of the Iraqi military, the chairman of the constitutional writing authority — we heard a common theme that Syria may have the largest number from outside of Iraq in country, but Iran overwhelmingly has the quality behind the insurgency and we’ve got to come to grips with that.
RUSH: Well, it’s not an inner insurgency if you ask me. I don’t know how you can call this an insurgency when it’s not even Iraqis that compromise the majority of the people we’re fighting in Iraq. If it’s Iranians and Syrians, we’ve full-fledged war going on here and I’ve thought for the longest time that this is how we’re fighting Iran, that this is actually the war with Iran that we’re destined to have and this is the first phase of it. I just think that it’s silly to continue to call this an insurgency. Now while the intelligence agency and community here doesn’t want to acknowledge or deal with this, if that’s true, then that’s just another giant question mark I’ve got. Why after going on? Now, we know that the — well, yes we didn’t. Sadly we did know that we’ve got some people in the CIA that are not in favor of the Bush administration just like we’ve got people in the state department who are not. We have people in both agencies that would love nothing more themselves than to see Bush humiliated and defeated. It’s one thing for that to exist, but to have that alignment then with the major media and the Democratic Party in this country and whatever number of enemies outside, I tell you: We’re fighting much more than just Syrians and Iranians in Iraq and we’re fighting much more than just Al-Qaeda be they in Git’mo or Pakistan or whatever. We’re fighting our own domestic opposition as well at the same time, and it’s maddening. It really is. One more from Weldon. Russert says, “By the way, we’re hearing that bin Laden is in Iran. Is that true?”

WELDON: He’s been in and out of Iran and now we have military generals telling me that. Interestingly enough the CIA totally refuted that when I first went to — and, by the way, the person that gave me this entire lead was a former Democrat in Congress.
RUSSERT: Can you believe that Osama bin Laden is in Iran today?
WELDON: Today I don’t know. I gave the CIA hits over the past five months that he was there twice. And I also told them two years ago he was in a small town in the southern part of Iran called Ladiz, ten kilometers inside the border with Pakistan and Balujistan. I’d say he’s been in and out repeatedly.
RUSH: He’s got a book now, does Weldon, and I have it. It just arrived in the mail today. It’s called “Countdown to Terror,” and he apparently is going public because he’s been trying to alert people to various items of interest been told and is finding no interest, no takers for his information, and that’s what this is about.
BREAK TRANSCRIPT
RUSH: Hazard, Connecticut. We’ll go there first. Rick, glad you waited, sir, welcome to the program.
CALLER: Thanks for taking my call, Rush.
RUSH: Yeah.
CALLER: You know, I was originally calling about press coverage of the war or wars in general now versus years ago like during World War II. But I don’t know if you’d permit me to ask something, you know, if I could clarify something on your position on the whole torture thing, since I’ve been listening to you talk about that for the last half hour.
RUSH: Yeah, you can do that, but I also want the question that you are originally called to ask. 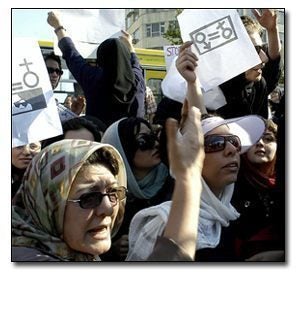