RUSH: I purposely haven’t talked about this Downing Street memo much because, frankly, A, it didn’t interest me. And, you know, if it doesn’t interest me I’m not going to talk about it. And the reason it didn’t interest me is because it was just another one of these ginned up things by the libs, and it looks like it’s got some similarities to Bill Burkett and the forged documents of CBS and Rathergate. In fact, the Associated Press has a story that the reporter who discovered the memos destroyed the originals and retyped them himself. There was some dispute over whether or not the original memos were destroyed. The original memos don’t say anything. They don’t prove anything, other than the Brits were concerned about the weapons of mass destruction in Iraq themselves. Also, what’s this reporter’s name? British reporter Michael Smith, who broke the memo story in the London Times on May the 1st, revealed to the AP over the weekend that he protected the identity of the source that he’d obtained the documents from by typing copies of them on plain paper and destroying the originals. His admission means there’s now no independent way to determine the accuracy of the Downing Street memo, i.e., whether he made any typos or transcription errors that could have changed the memo’s meaning. 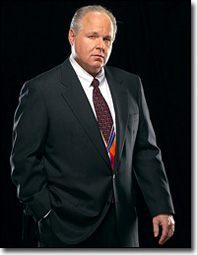 Now, there’s some differences here between the Downing Street memo and Rathergate. The Rathergate stuff, those memos are 20 years old written by a dead guy. I forget the name of the commanding officer at Bush’s National Guard unit, but he’s the guy that supposedly wrote them. These memos, the Downing Street memo, they’re current. The people all involved are still alive and they haven’t denied any of this and you would think they would if they were not true, but it appears to be much ado about nothing. Seems to me one of the things that the paranoid conspiracy-oriented left is glomming onto now, but when I saw this name Michael Smith, somebody — I haven’t had time today, folks, I’ve been swamped here this morning. You would not believe the intensity of show prep today because it’s been quite intense just to catch up with everything and get it all organized here. But, Mr. Snerdley, would you do something for me or somebody out there research-wise? It seems to me this name Michael Smith, seems to me that there was a guy by the same name who worked with Mary Mapes at CBS during this whole Rathergate. Now, my memory could be all over the ballpark on this, so I’m not saying it’s the same guy, I’m not even sure, but it seems to me that all the names that I remember seeing involved in this that are no longer working at CBS– He wasn’t a producer or anything, wasn’t part of his name, wasn’t part of the investigation that Thornburgh and the AP guy, whoever’s name turned up– (interruption) he’s what? There was a Texas journalist named Michael Smith that was associated with Mary Mapes? Is he still in Texas or is he in the UK? I know Michael Smith is a common name. There are probably a thousand of them in New York alone or in any large population. I saw the name, I said hmm, it’s very strange.
At any rate, the Downing Street memo, the reason it’s such an item in the news is because it’s what spawned this mock impeachment hearing that took place Thursday night in Washington. This is the thing that was chaired by John Conyers, and this is where all the anti-Semitism came out of the mouths of a bunch of Democrats that participated in this thing, and it’s that which Howard Dean has now had to go out and say, “Anti-Semitism, why, that’s not part of our party,” blah, blah.
END TRANSCRIPT