Ugly Ban Was Ahead of Its Time

RUSH: Folks, I have always been on the cutting edge. I’ve always been out there in front of everybody. I’ve spotted trends, societal and political, long before they actually happen. This is what I mean by telling you people, “Listen to this program regularly you, too, will be on the cutting edge of societal evolution. You will know what the media is going to do before they do it,” just like I just told you the action line now on the Cheney-Whittington story is: “This is just a symptom of a much larger problem in this White House.” That will be what will carry the story through the weekend and the Sunday shows and into next week. Back in the eighties, before I even started this program, I recognized another problem in our society on two different levels.
In my famous 35 Undeniable Truths of Life, #24: “Feminism was established so as to allow unattractive women easy access to the mainstream of society.” This, of course, caused a firestorm in Sacramento when I first revealed it, and a national firestorm, when this

program started, and each time I repeat it, a new firestorm erupts. “How could you say that? How could you say that!” I also, at about the same time, discovered while shopping in a mall that there was a problem with the economy. It was during one of our down times economically. We weren’t in a recession but things were pretty slow, and I noticed — I don’t go to malls anymore, but back when I was able to go to malls with no problem, I happened to notice — how many unattractive people were in there, and it had to have an effect on whether or not other people wanted to go in.
So I did a commentary on banning the ugly from the streets in daytime, and of course people said, “Well, how you going to do it?” I said, “We’re Americans. We’re compassionate. We’ll try it the easy way first. We’ll make it voluntary on the basis that the ugly know who they are.” Well, you can the firestorm that erupted from that. There have since been in the succeeding years numerous stories dictating and detailing the accuracy of both of these sentiments, and today in the Washington Post of all places, I bring to you another such story. Now, I know this may be hurtful, and I know this may be painful to some people, but let’s face it, folks. I mean, back in the seventies, you would go walking through the mall or in a bowling alley or whatever and you would see people wearing two-tone green leisure suits from K-mart and they obviously did that because they thought they looked good.

Remember those? They thought they looked classy. Well, the headline to this Washington Post story: “The Ugly Face of Crime,” and it starts with this quote: “I’m too ugly to get a job.” That was said by Daniel Gallagher, a Miami bank robber, after the cops captured him in 2003. “The hapless Mr. Gallagher may have been ugly, but he was also wise. Not only are physically unattractive teenagers likely to be stay-at-homes on prom night, they’re also more likely to grow up to be criminals, say two economists who tracked the life course of young people from high school through early adulthood. ‘We find that unattractive individuals [the ugly] commit more crime in comparison to average-looking ones, and very attractive individuals commit less crime in comparison to those who are average-looking,’ claim Naci Mocan of the University of Colorado and Erdal Tekin of Georgia State University.
“Mocan and Tekin analyzed data from a federally sponsored survey of 15,000 high-schoolers who were interviewed in 1994 and again in 1996 and 2002. One question asked interviewers to rate the physical appearance of the student on a five-point scale ranging from ‘very attractive’ to ‘very unattractive.'” Now, this raises another interesting question. Who are these people? These researchers? Where did you go to find out what is ugly? Is it sort of like pornography, you can’t define it but you know it when you see it? Who are these people to be rating ugliness? But there they are, and there are five different categories to rate ugliness — and they were doing that when interviewing these students. 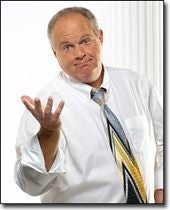 They “found that the long-term consequences of being young and ugly were small but consistent. Cute guys were uniformly less likely than averages would indicate to have committed seven crimes including burglary and selling drugs, while the unhandsome were consistently more likely to have broken the law. Very attractive high school girls were less likely to commit six of the seven crimes, while those rated unattractive were more likely to have done six of seven, controlling for personal and family characteristics known to be associated with criminal behavior,” and by the way, they also recalculated love on this basis. “Why do men claim to have had so many sex partners while women claim to have so few? The conventional wisdom is that men deliberately inflate their number of lovers while women underreport their dalliances — the ‘macho and maiden’ hypothesis.
“That’s mostly wrong, says psychologist Norman R. Brown, a visiting research scientist at the University of Michigan’s Institute for Social Research. Most men and women don’t intentionally fib about their past partnering. Instead, his studies suggest, men and women use different ways to estimate their number of different partners and this dissimilarity is a major reason men report more lifetime liaisons than women, a statistical impossibility. ‘Women are more likely to rely on enumeration’ and count up their partners, Brown said — ‘a strategy that typically leads to underestimation. Men are twice as likely to use approximation to answer the question. And approximation is a strategy known to produce overestimation.'”
So men just guess, they approximate it and women sit down and count it up. Actually I think there’s something to this. If you have noticed everybody to tell you how they screwed the automobile dealer, the car dealer when they go buy a car. “Yeah, I got a deal! I got this thing for 20 bucks under the window, under the sticker, under the dealer invoice, factory invoice.” When it comes to their house, they can’t wait to tell you how they spent for it. Right? So what’s missing in all this is the factor of attractiveness and how does it figure in to people telling the truth about conquests and deals they’ve made and so forth, and the conclusions are that the ugly commit more crime, the ugly lie more — and this is in the Washington Post today, folks. This is scientific research, and I was on to this, why, over 23 years ago! That will just show you.
END TRANSCRIPT