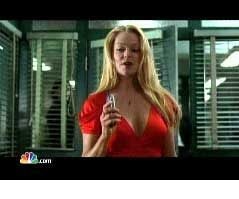 VOICE: You just became a real pain in the ass.

VOICE: I’ve got drinks with Rush.

VOICE: Wait for the trial.

VOICE: Let’s not pretend we don’t know what’s going on.

RUSH: We drive ’em nuts! From this Nobel Peace Prize thing to Donovan McNabb to the NFL looks like a game between the Bloods and Crips without the weapons, just drive ’em nuts. (Laughing.) It’s just more fun than a human being should be allowed to have.