Will Obama Be a General Dinkins? 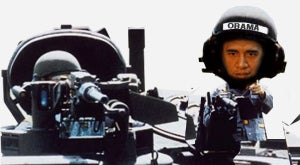 RUSH: Susan Estrich in her column, Fox News: ”Could Obama Be Another Dukakis?’ — It is a thought that sends shivers down the backs of Democrats, a name that brings to mind memories of an election lost that might have been won, against a war hero once referred to in headlines as a ‘wimp’ who won not so much by his own strengths but because of the skill of his operatives in painting his lesser-known opponent as an out of touch ‘liberal’ who refused to salute the flag or admit his mistakes, not to mention his supposedly unpatriotic wife.’ Susan Estrich ran the Dukakis campaign. She knows whereof which she speaks. She asks, ‘Could Obama be another Dukakis? It isn’t just die-hard Clinton supporters who are pointing out the similarities. Even some Obama backers who believe that the nomination fight is over see the possible parallels, and are determined to avoid them, or at least try. I was there. Mike Dukakis was (and is) a friend of mine. And so I can say that, while the danger is certainly worth recognizing, Barack Obama is no Mike Dukakis. Or at least he doesn’t have to be.’ (laughing) That’s confidence.

‘There is no question that the Republicans will try to do to Obama what they did to Dukakis: Paint him as a liberal, out of touch with the values of average (white) Americans, so far left that he has left America. The ammunition is there: the ‘most liberal voting record in the Senate,’ according to one publication, even if it’s a brief one; the refusal to wear the flag pin,’ and of course the Reverend Jeremiah Wright and so forth. ‘Will John McCain do any of this? Of course not, no more than the ‘bad’ Willie Horton ad was done by the Bush for President committee. No, it was done by a renegade, Jesse Helms-affiliated, North Carolina committee, the same kind of committee that was running Jeremiah Wright ads in last week’s North Carolina primary, ads that of course didn’t cost Obama anything with black voters, but may well have played some role in his losing the white vote in that state to Hillary Clinton by double digits.’ See, here’s what this is about. Let me translate this for you. The talking points have been sent out. This is the second article I have seen that tries to explain away Obama’s elitist, unpatriotic liberalism as nothing more than a mean-spirited attack, racial attack from Republicans.

Never mind the truthfulness of the charge. The Drive-Bys will dismiss everything the Republicans say about Obama as having no merit simply because it’s coming from the Republican attack machine, whatever the hell that is. But here’s the real point. Susan Estrich, you know this, you know you know this. I know this and you know it in your heart and you may not ever be able to say it, but you know this: Barack Obama’s not even close to being as qualified to run for president as Dukakis was! Dukakis was far more qualified, just in strict terms of experience. Obama’s not even in the same league as Dukakis, Susan. You know this. He’s more like Mondull or McGovern. This has gotta grate on her, this has to grate on her, that people out there saying that Obama could be the next Dukakis, because Dukakis was a huge loser. You know the Beetle Bailey picture with the helmet on, the army helmet on in the tank. The real question, I mean, you’re asking the wrong question out there libs about Obama, will he be another Dukakis or will he be another McGovern?

The real question is will he be another General David Dinkins? New York City’s mayor for life. Another elitist, incompetent, smooth talking will have liberal that all the white people, all the white effete snobs happen to love simply because his election made them feel better about themselves. Well, gotta give Dinkins his due. He could play tennis. But you get past the tennis, he was a disaster, and that’s what you need to ask yourselves, not is he another Dukakis. Is he another Dinkins? Because Dinkins got elected, but what’s New York got to show for it? (laughing) What did it lead to? It led to a Republican — (laughing)