Ronald Reagan Tells Us How to Revitalize the Republican Party

RUSH: We were talking about the Republican Party yesterday and the state that it finds itself in, which is not good, and appears to be worsening by the day. Here’s a clear agenda item to take to the American people, educate ’em, inform ’em, rally ’em, get them all fired up. By the way, let me read something to you as an adjunct to our important, perhaps the most important radio program of the past couple months that took place yesterday. Everybody says the Republican Party needs to rebrand itself in a marketing sense. Now, my question is, let’s take the people in the Republican Party right now from the leadership on down. Who in there do we think has the ability to do this? If they had the ability to rebrand themselves, do you think they would be doing it? Or are they going to give up rebranding and instead hitch themselves to the wagon of John McCain, who doesn’t want them to hitch their wagon to his. But let me read something to you, see if this strikes you as workable, see if you find this intelligent. 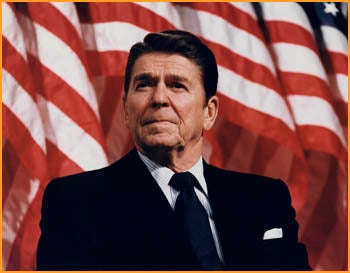 ‘We, the members of the New Republican Party, believe that the preservation and enhancement of the values that strengthen and protect individual freedom, family life, communities and neighborhoods and the liberty of our beloved nation should be at the heart of any legislative or political program presented to the American people.’ We good so far? ‘Our task now is not to sell a philosophy, but to make the majority of Americans, who already share that philosophy, see that modern conservatism offers them a political home. … The job is ours and the job must be done. If not by us, who? If not now, when? Our party must be the party of the individual. It must not sell out the individual to cater to the group. No greater challenge faces our society today than ensuring that each one of us can maintain his dignity and his identity in an increasingly complex, centralized society.

‘Extreme taxation, excessive controls, oppressive government competition with business &hellip; frustrated minorities and forgotten Americans are not the products of free enterprise. They are the residue of centralized bureaucracy, of government by a self-anointed elite. Our party must be based on the kind of leadership that grows and takes its strength from the people. Any organization is in actuality only the lengthened shadow of its members. A political party is a mechanical structure created to further a cause. The cause, not the mechanism, brings and holds the members together. And our cause must be to rediscover, reassert and reapply America’s spiritual heritage to our national affairs. Then with God’s help we shall indeed be as a city upon a hill with the eyes of all people upon us.’

Ronald Reagan, ladies and gentlemen. This is from Ronald Reagan’s New Republican Party. You see, ladies and gentlemen, the Republican Party has the answers. The rebranding, the whatever they want to call it, the way to revitalize itself is sitting right behind us, if you want to look back. And, of course, no, no, the new conservative intelligentsia says, ‘We can’t look back, no, those are the old days. That doesn’t matter. Those are irrelevant times. Those are irrelevant theories. No, no, no, no, no. We must look forward now.’ In the process of looking forward, we are abandoning the foundation that made us at one time a majority party. When you heard that, did you think, ‘Gosh, that sounds new, why, that’s really great!’ That’s Ronald Reagan and the New Republican Party.