See, I Told You So: Regime Manipulates the Jobless Number Below 8% by Election Day

RUSH: There you have it, folks. The economy’s back. The stimulus worked. The job council’s programs all worked. Obamacare worked. Look at all the jobs, 114,000 new jobs created, and as I told you last December, this would happen. The unemployment rate under 8%. It’s 7.9, but it doesn’t matter, 7.8, 7.9, whatever’s after the decimal point doesn’t matter. It’s the seven that matters, and the reason it does is that no incumbent president has ever been reelected with the unemployment rate over 8%. It’s that simple.

So they had to get the number down, and they found a way to do it. Going back to my website, I went back and searched the archives, just for three examples of predicting this very day. And right here they are. First, December 20th of 2011, this is how the program started:

That’s last December. In May of this year:

And that happened again this time. People left the labor force. They also, for this report, look at the household number versus the establishment number. We’ve mentioned this a couple times before. The establishment number is somewhat scientifically based. That’s 114,000 jobs that were created last month in September. As a point of comparison, 163,000 jobs were created in July. So 163,000 in July, 114,000 in September, that’s not even enough jobs to keep up with the population rate. The only way that 114,000 new jobs can lower the unemployment rate is if people are not in the workforce by even greater numbers. If the labor market is shrinking, the overall universe of jobs, called the labor force participation rate, is shrinking, the number of people in the labor force shrinks, the only way you can make this happen. That number’s 114,000.

The household number, and that’s just what it’s called, is the wild guess. Just a wild guess, and that number last month was 873,000. So that’s what they’re using. They report both numbers, 114,000 jobs created, 873,000 before the adjustments and so forth, but they’re using it, and they’re finagling with the labor force participation rate. The U-6 number, that counts everybody, people who have given up looking for a job and don’t have one, in addition to people who are still looking for a job and don’t have one, that number is still 14.7%, and it’s been that way for years. If the labor force participation rate, in other words, if the same number of jobs were available to be had today as when Obama was immaculated, the unemployment rate would be around 11% instead of 7.9.

This is how you lower the percentage. You simply lower the number of people looking. And in order to do this, they’ve basically said that there are 1.1 million fewer jobs, period, to have. They just eliminated 1.1 million jobs this year so far. It’s no different than Obama declaring the temperature is gonna be 75 degrees every day no matter what your thermometer says. It’s the best way I can think of describing this to you. Every day it’s 75 and sunny, no matter what’s happening outside. And then in August, I predicted again: “Washington Post Random Act of Journalism: US Economy Lost 1.2 Million Jobs in July.”

And I again predicted back in August they’d have the unemployment rate down below seven, or be 8%, and all of these predictions, we’ve put ’em up at the top of the page at RushLimbaugh.com. If you want to go back and look at them yourself, go back to the archives, I told Koko go get ’em because Brad Thor, the noted thriller author, actually tweeted the May 4th story today, actually tweeted the headline: “Obama’s Orwellian Unemployment Numbers.” From my show on May 4th. That gave me the idea, just go back and find ’em all, or just three of them to illustrate the point.

So what we’re being told here is that thanks to a measly 114,000 jobs, the unemployment rate for September fell from 8.3 to 7.8. That’s a full half a percentage point. Meanwhile, manufacturing jobs down 6.5% last month. There’s no evidence of any job creation. You’d sense it. You would know it. You would feel it. I had somebody say to me, “Does this feel like Reagan in 1983 when they were –” I said, “Who remembers 1983?” If people remembered 1983, Obama woulda never been elected. If people remembered how great the Reagan years were, Clinton wouldn’ta been reelected, for crying out loud. No liberal would. It’s a bone of contention and frustration with me.

One other thing. Full-time and part-time jobs are counted as jobs. So given that so many of the supposed jobs being created today are part-time jobs, and that’s the vast majority of them, and that’s what the government is saying, even. If you believe this bunk, then what we have to conclude is that, America, we are now a nation of part-time jobs where you don’t have health care, which is exactly what Obama wants, by the way, because you’re gonna have to go to the government at some point where there will only be the government to go to, to get health care, if he has his way. So this your future.

This is what a recovery looks like: A nation of part-time jobs. Another friend of mine said, “You know, after the election, they’ll fix the numbers. They’ll make ’em right.” I said, “I’m not so sure.” If Obama wins, I think this is the new norm: 7.9% or 8.3%, most of it part time, and everybody living on the state’s dole. Look, folks, why would Obama want to go back to 4.7% unemployment? That’s people who don’t need the government. That’s people self-reliant. Why would he want that?

If he did, he wouldn’t borrow $5.5 trillion and run the national debt up to a record. He wouldn’t keep printing money.

RUSH: Let me run through just a couple other statistics. This is from our old buddy Jim Pethokoukis at American Enterprise Institute: 1.1 million people have disappeared from the labor force during the past year — 1.1 million people! Now, how does that happen? The government just erases them, just assumes that those people aren’t looking. And when they assume that they’re not looking. They also just subtract that many jobs.

If the universe-of-jobs continues to contract or get smaller, then there are fewer jobs to be had by an ever-increasing number of people who want them. Therefore, the unemployment rate is gonna go down, and Obama is creating this by killing jobs. That’s how he’s decided to get the unemployment rate down. To get it down below 8% is simply an historical statistical maneuver here, because no incumbent’s ever been reelected with the unemployment rate above 8%.

That’s the number of jobs in September. We were doing that monthly in 1962. Fifty years ago. That 114,000 people is the number of people that you can put in a large college football stadium like the Big House in Ann Arbor, or Ohio State. That’s 102 to 114,000 jobs. We have 310 million people, over 100 million working age adults, and we just created barely over 2,000 jobs per state for 50 states (or 57, depending who you’re talking to) yet we reduce the unemployment rate by half a point?

RUSH: To the audio sound bites. I read from my archives, previous programs, went back to the website RushLimbaugh.com and found them, but I want you to hear it for yourself. May of this year I predicted what happened today.

RUSH ARCHIVE: They’re gonna have it below 8% by Election Day. The only way they can do that is force people out of the job market, and that is exactly what is happening. But only in the Orwellian world of government statics could the fact that more people gave up looking for work, make the unemployment rate go down. That claim would embarrass a Soviet. If an adviser to Lenin or Stalin came in and said, “Comrade, we want to kick people out of the job market, give them no hope of getting a job. “That’s how we’ll lower the unemployment rate!” That person would have been sent to a gulag somewhere next to Solzhenitsyn.

RUSH: I just wanted you to hear that because anybody can come here and say, “Yeah, I predicted this.” I wanted to remind you. Let’s go to the media now, having their orgasm today over this. Christine Romans this morning on CNN talking with Soledad O’Brien.

ROMANS: At 114,000 jobs created in the month, a little bit better than expected. The surprise is the jobless rate. The jobless rate fell to 7.8%. It fell to 7.8%. And we have a couple of months that have been revised. We have final numbers now for August and July and those numbers are better than previously reported by the Bureau of Labor Statistics.

O’BRIEN: I have to imagine that the Obama campaign will be trumpeting that 7.8 unemployment figure certainly

RUSH: But then he went on, ’cause I was watching. He went on to say (paraphrased), “Look, in previous months…” He basically just canceled out what he said there. “In previous months it has happened because they’ve simply reduced the number of jobs, but this 114,000, Ashleigh… This is real today! This 114,000, this is real.” So while doing a random act of journalism in the first half of the comment, the last half he went on to say:

“But that doesn’t matter on this number! I don’t look at the numbers, Ashleigh, because, ah, they jack around with the labor force participation rate and so forth. They usually mean nothing, but this matters,” he went on to say. Karl Rove was on Fox, America’s Newsroom, with Martha MacCallum today. She said, “Headline number is one that has to make ’em very happy at the White House,” eh, Karl? 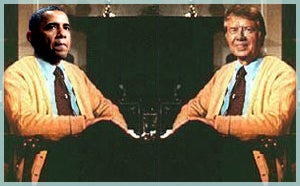 ROVE: Obama on three measures has numbers that are worse than presidents who’ve lost reelection, Carter and Bush 41. And unemployment is one of them — 7.8% today. That’s higher than the unemployment rate under George H. W. Bush of 7.6%, and he lost reelection. The second quarter GDP number, 1.3%. That’s lower than the 4.3% that Bush 41 had, and then the workforce participation rate of 63.6 [million] matches the low under Jimmy Carter. President Obama’s numbers are below every president who’s gotten reelected and slightly above those of the presidents who got defeated. So the question is: Is he gonna be the bottom of the guys who win or the top of the guys who lose?

RUSH: Well, keep a sharp eye on the gasoline price, ’cause it’s skyrocketing out there. The Drive-Bys are not telling you about it, the Drive-Bys are not running around doing stories on people affected by it, but you can’t escape it. I had somebody here the other day tell me, “I’m spending 600 bucks a month! I’m thinking of getting a Prius.” I almost fired him. Six hundred bucks a month. Snerdley’s complaining about gas.

Everybody is talking about it.

It’s just as big an issue as it always has been, except it’s not being reported. But in terms of the impact the gasoline price is having on people, it’s got them mad, it has ’em ticked off, and they’re not blaming Bush for it. They’re not going back and blaming previous presidents or policies. All they know is it’s high now, and they know they got a guy in the White House who is opposed to finding more domestic oil and natural gas to add to the quantity or the supply that would lower the price.