A One-Percenter from the Jersey Shore

RUSH: Okay. Back to the phones. Joe in Ocean City, New Jersey. Great to have you on the EIB Network. Hello.

CALLER: How are you?

CALLER: Â“DittosÂ” is not a big enough word to say how much we love you here, but I also wanted to quick out a lot of 1%-ers, us rich people which I’m not really rich come from Pennsylvania.

CALLER: I’m on my way down there —

RUSH: I must ask you a personal question. If you don’t want to answer it, you don’t have to.
CALLER: Okay.

RUSH: You don’t think you’re rich but I’ll lay you a dollar to a doughnut Obama does when it comes to taxes. Does your house cost more than $200,000?
CALLER: Yes.

CALLER: (laughing) Well, it’s my second home, actually, if you really want to know. I’m only 34 and I built it myself. I did build that.

RUSH: Second home? It’s your second home and you’re denying being a 1%-er? Not in Obama’s world youÂ’re not!

RUSH: You got a second home? That’s one more than you need!

CALLER: Well, that was gonna be my point. I was gonna say Obama doesn’t care about rich people. Just like like that guy Kanye West or whatever was saying about Bush, you know? I think it’s ironic that Obama’s touring the coast of rich people but it’s not really rich people. I think Christie… I think his thing… I’m kind of not happy with Christie, either, having voted for him the way he’s rolling out the red carpet.

But I think he’s sort of a lawyer, too, like kind of guy himself in his own right, you know, I mean — I voted for Doug Forester in the primaries, and I’ve been happy with Christie. But, you know, I don’t know, I’m not gonna totally throw him under the bus yet. I think he’s honestly just trying to get the most money for his state which a capitalist, can’t understand how this politics things works where you just say… No, I think he’s just happy that someone is actually —

But isn’t one of the things wrong here, that the first move anybody thinks needs to be made is turning to Washington in a disaster? Isn’t that, in fact, one of the things this election’s about? It might help us, ladies and gentlemen, to try to… For those of you worried about whether what Obama’s doing here — even with Christie’s assistance – whether Obama’s helped by this, I was talking people last night about it, and I said, Â“Look, the fundamentals are the fundamentals. I don’t know how else to say it. Obama hadn’t fixed the economy in four years, and people are riled up about that.Â” 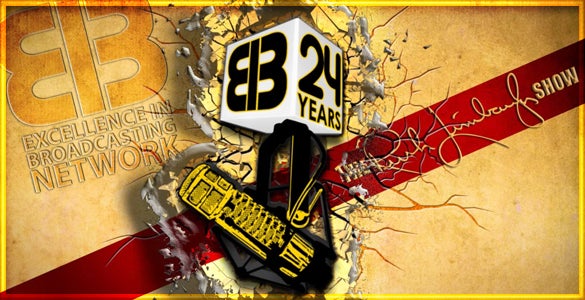 This enthusiasm for Romney is based on the only things: It’s based on opposition to Obama, and there has been lately some actual support for Romney that’s dovetailed with this. It’s actually been a reversal. There are people now that are really gung-ho about Romney. You put those two things together, there’s nothing that’s happened the last three days gonna water that down or change that.

Ask yourself, you know full well you can’t wait for Tuesday to go vote for Romney. Is what’s happening today gonna change your vote? I know you’re worried about independents and maybe changing their and being susceptible to the media and all this. But when Texas was burning last year, I don’t recall Obama ever visiting the floods in Nashville, I don’t recall Obama showing up there.

Do you remember Obama went to the Gulf when the hurricane during the Republican convention, only after Romney went? And then Obama decided to pack up the family and show up and go? You remember after the BP oil spill? Go talk to Bobby Jindal, governor of Louisiana, about the kind of assistance he got from Obama during the BP oil spill. He didn’t get much.

In fact, his whole purpose there was to excoriate and punish BP, which many people might have thought needed to happen. Did Obama go down there? Who did he send down there? He sent Big Sis, or somebody, from Homeland Security or something. It was really odd. But what really ticked off Obama was when Jindal went public with his criticism how little Obama was doing.

That’s what ticked Obama off. This is… This all politics. Everything with Obama is pure all politics. He made that call to Christie and to Bloomberg and probably who knows who else hoping against hope that somebody give him the stage. And, lo and behold, Christie has. Because he knows sitting in the White House with photos in the Situation Room when he didn’t do anything in Benghazi, isn’t the answer.