RUSH: Mark Halperin was on TV today, and he’s looking at all this polling data showing Romney being way up in independents. This is his thought on the election as we get down to the closing days…

HALPERIN: I think there’s three possible outcomes right now. Close Obama win, close Romney win, or big Romney win. And if you talk to some Republicans, both connected to the campaign and when you step away from the center of the campaign, they’re starting talk about the possibility. And you see in the Republicans’ movement into Pennsylvania, Minnesota, and perhaps Michigan, uhhh, the possibility that they are not just trying to hedge their bets or trying to expand the map out of desperation but a real belief that this thing could be bigger. There’s an Oregon poll, for example, that shows the race somewhat close. 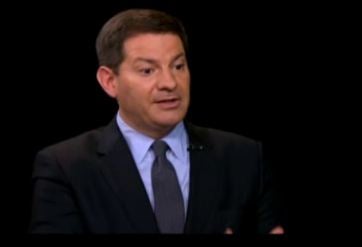 HALPERIN: Certain closer than the president won by four years ago.

RUSH: That’s right. I’ve been mentioning Oregon for two weeks here and it finally showed up yesterday. So you’ve got three things that can happen: A narrow Obama win, a narrow Romney win, or a huge Romney win. But not a huge Obama win. So two out of the three things that happen could be Â“bad,Â” the way Halperin look at it.