As Americans Lose Faith in Everything, the San Francisco 49ers Change Everything to Accommodate Millennials

RUSH: There’s a Gallup survey out, a Gallup poll out. Americans have lost confidence — dot-dot-dot — everything. And this piggybacks well with some of the cultural comments that I have been brilliantly making and pointing out all this busy broadcast week.

It’s exactly the way the Democrat Party envisions this. So the missing link here is that if you go back six years, just six years, you didn’t have survey results like this. I mean, you might have anger at Bush. His approval numbers might have been low and there might have been some anger at the Iraq war that the media had successfully drummed that up, but you didn’t have massive majority numbers of the American people thinking it was over; the country’s best days were behind us.

That didn’t start ’til Obama became president. This is really fundamental to me. It’s stunning to me. Six years, ten years ago, you did not have polling data like this. People did not think that the economy was forever in the tank. People did not report that they had lost confidence in institution after institution. I mean, up until the last two years of the Bush administration we had full employment, 4.7% unemployment, which is statistically full employment.

It’s just in the last six years that all of this polling data reflects all of this real, utter despair. And yet despite that, it’s… I mean, if we’re to believe the polling data, nobody associates any of this with the current administration, and that’s a first. It really is. Normally when… I mean, we’ve been through cycles where people have been very down about the economy and they’ve been very down about their economic future. And more often than not it’s tied to things happening at that moment, policy things happening.

Presidents have always either gotten all the blame or all the credit for the economy. I mean, here you have the epitome of bad polling results, people have lost confidence in everything, and none of it touches Obama. None of it is related to government policy. I’ve made this observation before, but I make it again because it continues to… It doesn’t puzzle me because I know why. It frustrates me because I know why.

The San Francisco 49ers… You might be saying, “What do the San Francisco 49ers have to do with anything?” Well, we’ve been talking a lot about the culture, and I’ve told you it’s one of the things that really fascinates me and interests me right now. The 49ers have decided they need to make massive changes in the way the team is run, day-to-day operations. Not in the front office, but in the locker room, on the field, during the practice week, because the players are Millennials, and Millennials are different.

So the 49ers… Just one thing they’re doing. The 49ers are shortening every meeting by 10 minutes. So if the offensive line has its meeting or the linebackers have their meeting, it’s a 30-minute meeting. It’s now a 20-minute meeting. And after the meeting, players are given 10 minutes to check their smartphones and their social media websites, to stay informed as they do. The 49ers have decided that players are gonna go nuts… Essentially they’re saying players are addicted to social media. 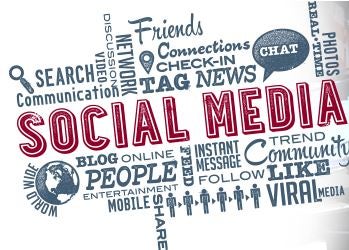 They’re addicted to their phones and iPads, and if they don’t get to check them every half hour, they’re gonna have a problem. So they shorten meetings and will allow players to access social media — answer their phone calls, messaging, texts, you name it — and then go to the next meeting. That’s just one thing. The headline of the story here — this is from the Wall Street Journal): “49ers Are Changing How They Operate to Cater to the iPhone Generation.

“The issue is how to relate to a generation — generally described as 18-to-34-year-olds — that has been raised on smartphones and instant information. So the team consulted with experts ranging from Stanford University researchers to advertising executives to learn how, exactly, the young brain works.” Hey, they could have called me and I would have charged them nothing. How does the young brain work? It doesn’t. I’m just teasing. But I could have given ’em advice.

“As players arrived for voluntary workouts and minicamps this spring and summer, they noticed sweeping changes designed to cater to how research shows millennials learn. … [T]he 49ers turned the typical meeting, which on some teams can go for as long as two hours…” And that’s true. You’ll have a meeting on Monday or Wednesday. The practice is usually in the afternoon; the meetings are in the morning. The offense will have its meeting then will break out the offensive line, running backs, quarterbacks meeting. Then they go out and practice.

Well, the 49ers are going to reduce all meetings to 30 minutes max with 10-minute breaks between them. The coach said we want the players to be able to grab their phones, do their multitasking, get their fix before returning to the next meeting. (interruption) No, you can’t. No, no. No, no. The league does not permit cell phones or any of that sort of stuff on the field, sideline included, during games. The league does not let you do that. But if some team figures out, “Hey, you know, it could help us win….” You know, we’re heading to the day… I’ll tell you what’s gonna happen.

I don’t like this, by the way. We’re getting to the point where, ain’t gonna be long, running back X scores a crazy play, goes to the sideline, he watches the video of himself doing it and posts it on his Twitter account and is commenting to people during the game about his TD that he just scored. And then the networks are gonna tap into the feed, they’re gonna be reporting it, and pretty soon there’s not gonna be any difference in the stage and the audience, and that’s when it’s all gonna crumble.