RUSH: Let’s go to the audio sound bites. Nia-Malika Henderson, CNN’s New Day this morning. Chris Cuomo is talking to her. He said, “I found it so interesting that every question — whether it was Iran, whether it was the tax code — Trump said, ‘I’ll fix it; believe me.’ Is that good enough for voters?”

HENDERSON: You know, so far, so good, right? I mean, I think in that question he was talking about negotiating with Iran and negotiating with other countries, and he said of those other countries that they would do what he told them to do. And that is what he’s running as: The alpha male. His personality is his argument as well. And, in some ways, this has shades of Obama in some ways, right? Obama’s argument was in some ways that, because of his personality, that he could change the ways of Washington. This was a different Trump. It was a subtle Trump.

RUSH: Well, look, I didn’t mean to build you up here for that, but the point is, it’s not, “Trump is an idiot.” Now what they’re doing, is they’re trying to compare Trump to Obama — who they love — and they’re trying to say that Trump is now effecting the same personality type and strategies that Obama did, that Obama believed. Just by the force of his personality and his ability to give a speech, that he could bring enemies to their knees.

What he’s done is the exact opposite of bring our enemies to their knees. There is no comparison the way Trump is talking about our enemies and the way Obama talks about ’em. Trump is not just referring to the force of his personality. But that he need they want to believe, it’s what they want to believe. Anyway, here’s another one. John King this morning on CNN. Chris Cuomo and Anna Cabrera are talking. Said, “Do you think today’s comments made any inroads with women?” 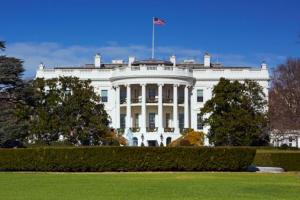 KING: We’ll look at the polling data as this goes forward. And if you look at our current polls right now, Donald Trump… If you put Hillary Clinton versus the four or five leading Republican candidates, including Mr. Trump, he loses by the most in a general election matchup today. He says he would be Hillary Clinton’s worst nightmare. At the moment in polling, he’s her greatest dream in the sense that there’s a 28-point gender gap. But we’re having this conversation in the middle of August. That election is next November. He’s a very smart person. He’s running a very unorthodox campaign, but he knows how to speak to the people who are with him so far — and, so far, he’s not losing them.

RUSH: Now, just last week Trump was a joke. From the moment he announced up to last week including after the debate, “He’s a joke, he’s not professional, he’s undisciplined, he’s not prepared.” That’s not how he’s being looked upon and described today. Now, there could be any number of reasons for this. It could be that Trump supporters are just swamping all these networks with e-mails and phone calls and so forth, telling them they’re sick and tired of way you’re treating Donald and all.

Who knows? There can be all kinds of things at work here. It doesn’t matter. The tone of the coverage is shifting here away from, “Trump’s a clown, an idiot, doesn’t know what he’s doing,” to the point that they want to now compare him to Obama — and, in their mind, that’s a great compliment! It’s quite a change, isn’t it?