RUSH: We’re gonna start Daytona, Florida. This is Bradley. Bradley, great to have you. It says up here that you are 18 years old.

RUSH: Great to have you on the program, sir, welcome.

CALLER: Hi, Rush. It’s an honor to speak to you.

RUSH: I’m proud to have you with us in the audience myself, Bradley. Thank you.

CALLER: Well, I want to get right to it. I’m a Ted Cruz supporter. I’m actually a Liberty student. I was there when he announced his presidency. It was really cool. I was already a Cruz supporter then but that already put the nail in the coffin. But I want to talk about Trump. I don’t really like Trump. I don’t think he’s a true conservative. You know, he gave money to a lot of the Democrats, Hillary Clinton included.

CALLER: I think he actually wants higher taxes on the richer, and he doesn’t, you know, support defunding Planned Parenthood. So my question is —

RUSH: — and then somebody told him how he stepped in it and he changed it. (sputtering) “Abortion is never, ever okay! Trump is never, never gonna happen.” So he walked in that back, he’s now right on abortion, on Planned Parenthood.

RUSH: Oh, you don’t think…? Wait a minute. I hear some snark there, Bradley.

RUSH: Trump’s not a politician. That’s why a lot of people like him.

CALLER: Well, I saw some polls say that they didn’t like Trump after the first debate because he demonstrated that he could dodge around questions just like any good old politician out there.

RUSH: Well, I think dodging questions is not per se… It is something you have to learn to do in politics, but I don’t think it is an exclusive political talent, dodging questions. Have you ever heard of Bill Belichick?

RUSH: You ever heard Bill Belichick, the coach of the New England Patriots?

RUSH: You have not?

RUSH: He never, ever answers. You talk about he’s the king. In fact I’ve got an example. I think it’s the last sound bite of the day. No, it’s not. What is it? Grab sound bite… I want you to listen to this. Bill Belichick is the coach of New England Patriots. You’re aware of the Tom Brady controversy there and Deflategate?

CALLER: Oh, yeah. For sure.

RUSH: Okay. So the Patriots had their first preseason game last night at Gillette Stadium against the Green Bay Packers, and it turns out that Brady actually played the first couple of series. H was 1-for-4. (chuckling) You know, by the way, you ought to see the New York Post story on this. Brady 1-for-4, insignificant yards, playing with properly inflated footballs (laughing) is the way the New York Post reported. Anyway, so here’s the coach of the New England. You want to talk about dodging questions? Here is the question from a reporter, “So what went into your decision to use Tom Brady tonight to start the game?” 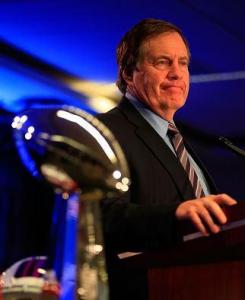 BELICHICK: We played a lot of players tonight.

REPORTER: Well, was that a last-minute decision to play Tom, or —

BELICHICK: We played all the guys that we played.

RUSH: All right. And that’s how the whole press conference went. “So, Bill, what went into your decision to play Brady tonight?” “We played a lot of players tonight.” “Well, was it a last-minute decision to play Tom, or…?” “We played the guys that we played.” We’re on to Cincinnati. Whatever. So my only point here to you is that Trump is by no means the only guy that knows how to dodge questions. It’s not specifically a political talent. But I don’t want to take you off track. I know that’s not what you called about.

CALLER: Right. Right. Yeah. So that was just all stuff to make my point that I don’t think he’s a true conservative. I was just gonna ask you why you don’t criticize Trump more. You seem to always be really emphatic (sic), happy that he stands up to the media, but you hardly ever say anything about him not being a true conservative.

RUSH: You’re basically asking why I don’t criticize Trump more. Is that the question?

RUSH: This is… (sigh) That’s a really, really tough question. You know why? ‘Cause I’m trying to think back. Your question presumes that I haven’t been critical and I know that I have, particularly after that debate. But that’s not the point. Let me try it this way, Bradley.

RUSH: Can you name any other Republican candidate in the debate seeking the nomination that I have criticized?

CALLER: That you have criticized?

RUSH: You’re asking me why I’m not criticizing Trump more. I want you to tell me if you know if I’ve criticized any of them, and if so, who.

RUSH: Okay, so why should I go after Trump if I’m not going after any of the others?

RUSH: He’s certainly a bigger story? That doesn’t matter to me.

RUSH: This is the one place where Trump being part of the show doesn’t matter to ratings.

CALLER: I guess so.

RUSH: It doesn’t! I’m the reason people listen to this show or not, not whether I talk about Trump or play Trump sound bites.

RUSH: It’s cable news networks that get ratings depending on their guests and other shows. I don’t do guests. I’m not guest dependent. That’s not a factor. You mean you really think I’m not criticizing Trump ’cause I’m worried about ratings?

CALLER: No, I don’t think you’re worried about ratings. I just… Uh…I don’t know. I just didn’t think you were criticizing Trump a lot. But I guess you’re not really criticizing anyone.

RUSH: Yeah, there’s a lesson there. There’s a message there. I’m not criticizing anybody. You know what I want to do, Bradley? 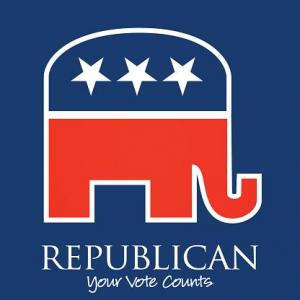 RUSH: I want that. This country needs Democrats to lose everywhere, any time, anywhere, everywhere. Democrats… If this country is going to have a chance at recapturing the magic and the growth of its founding, we are going to have to defeat Democrats, and that’s what I want to do. As such… Well, I’m not gonna go any further. You know, I’m not gonna explain how I do what I do. If after 27 years of three hours a day, five days a week, 15 hours a week…

Take away vacation time, sick days (not very many of those). If after 27 years people still can’t figure out how I do what I do and why, then why should I tell ’em? (interruption) Well, I know Bradley’s only 18, but what does that matter? Am I supposed take sympathy on him ’cause he’s 18. (interruption) Bradley, I’m not trying to be snarky with you. I’m just… I’m telling you more than I’ve told anybody else: I want to beat Democrats.

I really think the future of this country really depends on Democrats losing. And I’m gonna tell you this, too, Bradley. Anybody in either of those two debates two Thursdays ago, I would take over Hillary Clinton, over Joe Biden, over Bernie Sanders, over anybody they nominate. The Democrat Party is undermining this country. The Democrat Party is destroying the character and the foundation of this country. They have to be stopped. (interruption)

Jeez! (chuckling) Now I got people shouting at me. You want to know why you couldn’t hear the people I talk to on the other side of the glass because they’re shouting at me now, and if you heard what they were saying, well, just unacceptable. Like they’re shouting, “So when are you gonna take out X?” as though it’s my job to take people out.

RUSH: Bouncing off of our last call, the 18-year-old from Daytona, is there not enough criticism of Trump out there? (interruption) It is? I thought there was a lot of criticism of Trump out there, but apparently there’s not enough. I mean, there are people trying to make their careers, it seems to me, out of criticizing Trump. (interruption) Seems like there’s plenty of it out there, so what’s the problem?