RUSH: Now, folks, there are other things going on besides this, and I want to touch on a couple of them. One of them — this, to me, is big. This, to me, is one of the biggest things that I learned today and it’s in the New York Times. The headline here: “Many Psychology Findings Not as Strong as Claimed, Study Says.” What this story is about is the fraud of peer review science.

Now, this story is about psychology studies, psychological studies, psychological magazines where the studies are published and how fraudulent they are and how the data doesn’t stand up to real world testing and application and basically how phony it all is. And the reason it’s fascinating to me is ’cause I think it’s all across the board of science. I don’t think it’s limited to psychology, what this story is about. I think everything’s been so corrupted, science especially, by politics. I think everything is politics and it continues to frustrate me that people I would think could easily see that and spot it refuse to.

But let me give you the details of this and you’ll see what I’m talking about. Because, by the way, my accuracy rating might now be at 99.9 if the Sullivan Group had had this story to factor in, because you have heard all of this from me in terms of theory.

“The past several years have been bruising ones for the credibility of the social sciences. A star social psychologist was caught fabricating data –” For those of you in Rio Linda, meaning made it up. “– leading to more than 50 retracted papers. A top journal published a study supporting the existence of ESP that was widely criticized. The journal Science pulled a political science paper on the effect of gay canvassers on votersÂ’ behavior because of concerns about faked data.

“Now, a painstaking yearslong effort to reproduce 100 studies published in three leading psychology journals has found that more than half of the findings did not hold up when retested. The analysis was done by research psychologists, many of whom volunteered their time to double-check what they considered important work. Their conclusions, reported Thursday in the journal Science, have confirmed the worst fears of scientists who have long worried that the field needed a strong correction.”

Now, unfortunately the story doesn’t get into specifics about some of the studies that were fraudulent that have been exposed. But what you can assume here, safely so, is that the vast majority of what you hear, if you hear “From the journal Science, from the journal Psychology Today,” it’s all bogus. So much of it is just bogus and totally made up, and the purpose is to affect human behavior.

Science, in the American political spectrum, as far as most people are concerned, is authoritative and it doesn’t have any doubters. Science still is pure to many people. That’s why so many things having to do with politics are now called science. Climate change science. Scientists here, scientists there, medical science here. If you wear a white lab coat you are automatically assumed to be objective, honest, and certainly not a fraud.

“The vetted studies were considered part of the core knowledge by which scientists understand the dynamics of personality, relationships, learning and memory. Therapists and educators rely on such findings to help guide decisions, and the fact that so many of the studies were called into question could sow doubt in the scientific underpinnings of their work.”

Folks, from nutrition to psychology to climate change to global warming to fracking, what has been exposed here is that science is no different than anything else in politics. It is totally determined by money. Scientific result can be purchased. And once scientific result, be it in the social sciences, be it in climate science, be it medical science, be it in behavioral, whatever, when you can buy the result you want, we no longer have science; we have corrupt politics. 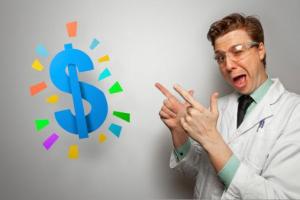 And it’s safe to say that the vast majority of what suffices as politics, science, whatever, in our system today has been corrupted to one degree or another by money. And it is why I think something like Trump happens. I think that so many people in the country have lost faith in so many institutions they used to trust. They may not be able to tell you why specifically. They may not be able to point their finger at something and say, “I used to be able to believe it because of this and now I don’t because of this.” They just know it’s not right, and they’re not wrong. They know that there is a private, powerful elite group of people, maybe not even so private, we may know who they are, but they have such total control over things they’re able to rig the results. Even some of the insiders themselves are able to spot this thing and the fact that the game is rigged.

But the point is so little appears to be genuine and real, and this is why I think so many people are frightened. You add to it the specifics, the economy is rotten, the health care system has been blown to smithereens, the nation’s leadership worldwide is now doubted. We do not have any control over our Southern border. People appear to be willing and able to let this country be shrunken, damaged, and weakened. Without even knowing the specifics they know it’s happening, and they sense it, and they don’t want it to, and they’re scared by it.

That’s why story after story today about the Trump phenomenon, all these learned pundits, journalists are writing shocked stories such as, “You know, issues are not even a part of the Trump campaign. We’re all demanding that Trump get specific, but the thing is his voters don’t care, it’s not even about –” Of course it’s not about issues. It’s about an attitude. It’s about an overall perception that the country is under attack and nobody’s defending it. And there’s a lot of unease about it.

So this story comes from the New York Times today validating how much social science, psychological science, let’s add nutritional, medical, what has been corrupted, people already know it. And they’re desperate to stop it. It’s no more complicated than right and wrong, good versus evil, best versus worst. They care about it for themselves, their kids’ and their grandkids’ future. They know how great the country can be because they’ve lived it. They know how great in the country can be because they’ve read about it. They know it’s possible. They know we’re not trending in the greatness direction. We’re going in the opposite direction. And they can see that while this is happening, a select few are very happy and very wealthy and not bothered at all. And that doesn’t make sense, either.

If the country’s going to hell in a handbasket everybody ought to be concerned. If the country is losing stature, if the nation’s economy is leaking badly then everybody ought to be concerned, but certain people aren’t. That’s noticed, too. And when that’s noticed, it’s easy to put two and two together. If some people are not unhappy by what’s happening here then they must be benefiting from it personally somehow. That creates suspicion, ’cause that doesn’t make any sense. Nobody in their right mind would want the greatest engine of freedom in the course of human history to disappear. Yet some people don’t seem to be bothered that that’s happening.

Well, that’s a problem. It doesn’t take much. People, in terms of specifics, may not be all that informed about everything, but they certainly understand trends, feelings, and what they can see. And here comes Trump or anybody like him coming along and promising to put a stop to this and reengineering greatness. The people of this country know who makes it work and who doesn’t. 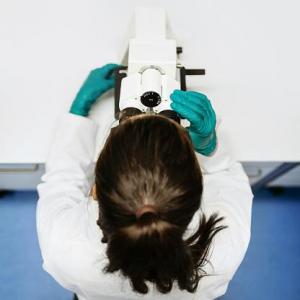 But the real key is when some people seem very happy that all this is going on. That’s the real red flag that makes people think something’s not right here, that we’re not all in it together. And they want to put a stop to it. That’s what’s happening. The power base structure in both parties is insulated from that and seems to be not interested in helping people make any of that happen, this return to national greatness. Instead, people who think we need to return to national greatness are impugned, laughed at, made fun of. They’re fringe, they’re kooks, they’re dumb, they don’t know what they’re talking about, Tea Party, what have you. Just fuels their fire even more.