How to Deal with a Flawed Professorette

RUSH: We have a Millennial student on the phones from Aurora, Illinois. It’s Harry. Harry, great to have you here, sir. How are you.

CALLER: Well, my question for you is, I’ve been to three schools: A junior college, I transferred to a Catholic four-year school, and now I’m at the current four-last year institution that I’m at. And this morning was the first day of classes for my senior year and I’m in a government class, and my teacher, everything started off well. She seemed very sweet. She’s very nice and she got back into her background and history of teaching and all that and she was saying that she grew up in a very political household and they watched…

She became an activist for anti-war Vietnam stuff and an activist for the civil rights and all that, she said she’s not objective at all. She hates Republicans, hates Fox News. And I’m sitting there and she started attacking Donald Trump and illegal immigration. And I kind of stood up for myself, and I feel like I’m the minority in the class. I’ve felt this for a couple of years now and, quite frankly, I’m sick of it. And my question for you is what can someone like me, other conservative students around the nation do to kind of stick up for the conservative principles?

RUSH: Here’s what you do. I’m gonna give you a couple of websites where you can go and find a common bond with students just like yourself who are chronicling this kind of stuff.

RUSH: These are people that are on campus like you are who are chronicling all of the examples of madcap, stupid liberalism, and they’re just publicizing it. You know what you can do? The best thing you can do is what you’re doing, just tell everybody. Don’t fight the professor. Just don’t believe her. It’s not gonna serve you, unless she’s the kind that you can have productive disagreements in class that are not gonna harm your grade.

RUSH: Then have fun at it, but you’re not gonna change her. Especially since, you know, she admitted to you who she is.

RUSH: You’ve gotta take that into account with everything she teaches. You now have a reason to suspect everything she teaches in that class. Do not weaken and do not buckle to this. Just make her think you are, if you have to, for the grade. The grade, that’s what you need going forward. I’ve had people asking me this the entire time I’ve been doing this program, and I’ve changed my advice over the years on this. 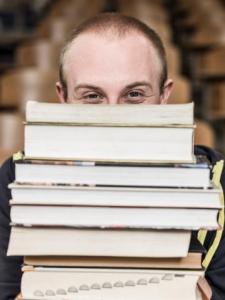 RUSH: I used to advise people to be confrontational, not put up with it, but, you know, I’ve gotten to the point now where it’s so prevalent that it’s almost more fun if you just try to take her to be as extreme as she can. Act like you believe it and then come up with the craziest wacko examples you can of things you think she would agree with in the form of questions. Have fun with it, play a game with it. But do not, whatever you do, do not let it have a permanent impact on what you think.

RUSH: I know. It’s the like watching the news every day. It’s maddening. It’s frustrating as hell. It’s an insult to your intelligence to be lied to like she’s going to be doing to you.

RUSH: I got fired confronting a boss that was a pathological liar. I let him know that I knew and I was fired in 30 minutes.

CALLER: So what are you supposed to say? I don’t get it.

RUSH: You are supposed to replace “mankind” with Humans or Humankind.

RUSH: No, no, no, no. Grades will be docked for sexist language and assignments, the section concludes. 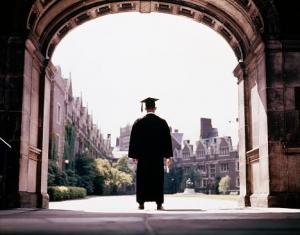 RUSH: Oh, yeah. She’ll give you probably some explicit directives like this as the course goes on, language you’re not permitted to use.

RUSH: And, you know, just try not to laugh in her face during class. That won’t work. But it’s ridiculous. There are even worse examples of this that I’ve come across in the past couple of weeks. There’s another university that’s having a total makeover of personal pronouns and words. They’re making up words to replace “he” and “she.”

CALLER: My last question to you is, is there any way going forward, whether it’s my generation or generations behind me, to switch the roles and to preach a more conservative agenda, not even that, maybe just an objective agenda to spread ideas.

RUSH: Well, the only way that’s gonna happen is if people like you and others want to try to become teachers at these schools and reform —

RUSH: — them from within.

RUSH: And I don’t know if you want to do that or not. If you don’t then what you have to do now is figure out a way to survive this and not let it harm you, and the best way I’ve found is to just find it as entertaining and just be above it. 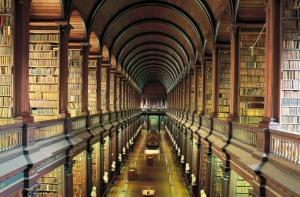 RUSH: It’s frustrating as it could be, I know. Nobody escapes. It’s like watching the news, like I told you.

RUSH: But don’t forget those two websites, TheCollegeFix.com and CampusReform.org.

RUSH: You will love them. People just like you who are writing daily of all of these kinds of wacko, silly examples happening on campus. TheCollegeFix.com, CampusReform.org. I think this program inspired both of them, quite frankly. So you’ll be right at home there.

RUSH: Now, folks, listen to me, look at me. On that College Fix website, make sure you go www.TheCollegeFix.com. Put “the” in front of College Fix, ’cause if you don’t you’re gonna end up — well, some of you might want to be there, but most of you won’t want to go where you’re gonna be taken. Make sure you put TheCollegeFix.com. Now everybody’s gonna try it. I know what’s gonna happen.