RUSH: This is not gonna be a shock to some of you, but the very fact that it appears in the Associated Press… It’s a paean to Ted Kennedy and his foresight in the 1965 Immigration Act. “It was considered a symbolic move — President Lyndon Johnson going to the Statue of Liberty and signing an immigration bill that gave people from every country in the world an equal chance to come to America.

“The president himself described the legislation as less than revolutionary. ‘It does not affect the lives of millions. It will not reshape the structure of our daily lives, or really add importantly to either our wealth or our power,’ [LBJ] said during the ceremony on Oct. 3, 1965. But, he noted, the new law also would ‘strengthen us in a hundred unseen ways,'” and by “us” LBJ meant the Democrat Party. 1965. You know, every time I tell people this who don’t know it, they are shocked. They are literally shocked when they learn that there was no immigration in this country essentially from 1924 to 1965.

We shut it down.

People who don’t know that when they hear it can’t believe it, and then they say,

Why?” And I say, “Because it was time to assimilate all those who had come.” Some people say, “Well, what do you mean, ‘assimilate’?” “Well, it was time for them to become Americans. They came from all over the world. But primarily they came from Eastern Europe, some Western Europe. But they came from, let’s just say, “Europe,” and they coming to a brand-new place. They wanted to become Americans; they wanted to live in America.

Everybody knows that the reason he did so was to enhance Democrat voter registration. There is no mistake about. And in ’65, one of the reasons we did it was the fact that we hadn’t had any immigration in such a long time it was time to kick it back into gear, and all the usual bromides and arguments were used about compassion and fairness, and, “There’s only one place in the world you can come to improve yourself and better yourself, and this is it.” Who were we to say no?

All of that stuff was used.

And while it was happening LBJ and Ted Kennedy were all telling us, “You’re never gonna even notice it! It’s not gonna affect America.” LBJ’s quote again here: “It does not affect the lives of millions. It will not reshape the structure of our daily lives, or really add importantly to either our wealth or our power,’ [LBJ] said … But, he noted, the new law also would ‘strengthen us in a hundred unseen ways. Fifty years later, there’s been dramatic change as a result of the Hart-Celler Act that Johnson signed.

“A country that was almost entirely native-born in 1965 has a significant foreign-born population; demographic diversity has spread to every region, expanding a black-and-white racial paradigm into a multicolored one.” This is the AP and they’re all excited by this. But here’s some stats for you. Jeff Sessions put these out. He’s the chairman of the Senate Subcommittee on Immigration, and he analyzed it. He and a group called The National Interest, analyzed data in a new Pew Center Immigration Survey. And they calculated something incredible. 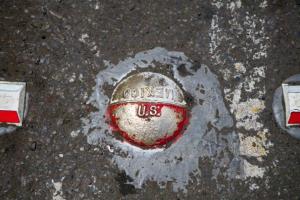 This has nothing to do with amnesty. It has nothing to do with any “reform,” comprehensive or otherwise, that would add even more illegal immigrants to the mix. Can you say “transformation the country”? Under existing law — before Obama even does his amnesty, before Congress maybe gets together on a comprehensive immigration reform bill, just existing law — seven new immigrants in America for every one American added by virtue of birth. And, when you throw amnesty and all in the mix, in some sense, that’s already begun.

You know, whether there’s an official Obama amnesty bill or whether there’s an official comprehensive immigration bill, we’re flooded here at the southern border still with minors. Look at all this that’s taking place and nobody’s ever voted for it. And as the point has been made here: As long as the talk remains focused on illegal immigration… Illegal, the Sessions people said: Illegal immigration, while major, “is a small part of the issue.” This is stunning. I had… I mean, I knew, but putting it in numbers like this is sobering way to look at these numbers and facts.