RUSH: Mr. Snerdley has been browbeating me over something Martin O’Malley said last night about Glass-Steagall, the bank deregulation law. O’Malley brought it up and said that we need to… I don’t even remember what O’Malley said. I watched the whole debate; I don’t even remember him talking about it. I must have been… Well, I don’t know what I was doing, but I missed it, and frankly I don’t care what O’Malley said about it. It’s not gonna matter a hill of beans. But here. For anybody who wants to know what it is, I have taken the time to research it.

I knew it. It’s just I had to refresh my memory to some of this stuff. Glass-Steagall was originally passed after the Depression. It goes back all the way to 1932. As you said, it was intended to prevent banks from wheeling and dealing. It limited banks on the kind of banking they could do. Bill Clinton repealed it in 1998, which meant banks could do anything. They could be investment banks. They could be your standard, ordinary everyday neighborhood bank. They could combine all these different activities under one roof, if you will.

Now, in a nutshell, what was O’Malley saying, that we need to go back to it? Well, he must have been doing that as a way of hitting Hillary because her husband is the one that repealed it. People have said that Clinton repealing Glass-Steagall in 1998 led to the subprime crisis. But that’s to excuse Clinton for his real role in the subprime crisis. Glass-Steagall has very little to do with it. I mean, repealing Glass-Steagall enabled them to do what they really then set out to do.

That’s when Clinton sent Janet Reno to all the banks and threaten to prosecute and investigate them if they didn’t lend money to people that could never pay it back. That’s what got the whole thing going. Jimmy Carter actually started the subprime mortgage thing, and Clinton picked it up, gave it energy. It didn’t go very far under Carter. But it was nothing more than Black Lives Matter. It was affirmative action. It was a so-called… It was a PR effort to make it look like the Democrat Party cared about the American dream and the Republican Party didn’t.

Well, who was it unable to afford homes? Middle class African-Americans, poor Americans, poor blacks. And that was the focus. It was to extend the benefits of home ownership to people that couldn’t afford it, ’cause it wasn’t fair some couldn’t afford it. And so the banks were forced to make these loans. I’m not defending banks here, but I’m telling you they are not the original guilty party in this. Once they were told that they had to engage in practices guaranteed to lose them money, they did what any responsible institution would.

They tried to turn it around and figure out how to make money out of it. So they collected all of this paper (i.e., fraudulent income streams) and all these mortgages that they had made, all this money they had lent to people that would never, ever otherwise be qualified — would never, ever be able to pay it back. But nobody knew that. They package all these mortgages together, and the packaging of the mortgages had a mortgage-backed securities. And what it represented was an income stream.

“Look at all of these loans that people are making monthly payments on! And you can buy a package of these. I’m selling these ’cause I want to move into other areas.” So number of banks bought ’em and then they found out it was worthless. They repackaged it as something else and sold it to somebody else who found out it was worthless. Until finally, it all crashed on itself. The subprime mortgage crisis. During all of that period, regulators knew it was going on.

They tried to bring it to a halt during the Bush administration. That’s when people like Barney Frank threatened the investigators during congressional hearings to leave it alone. Fannie Mae and Freddie Mac got involved. People started getting rich in the process of moving these worthless pieces of paper, these worthless loans that nobody was ever going to pay back. And it mentioned the banks had to foreclose on these properties. You know the drill. Now, the role that Glass-Steagall had in this…

Remember they had bad trouble. They had to get Bob Rubin in there to try to save them and bail them out. Citibank got very well involved with Salomon Smith Barney, which left them very exposed when the mortgage meltdown hit. Under Glass-Steagall, banks had to be either commercial or investment. They could not be both. And after it was ignored and eventually repealed by Clinton, banks did both. So really risky securities investments ended up being underwritten by commercial banks, like Citibank. 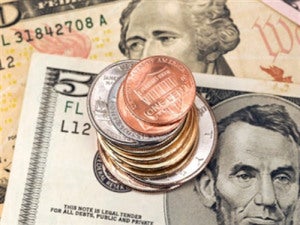 There are a lot of people who think that that repeal of Glass-Steagall allowing these banks to start trafficking any kind of activity that they want to, is what led to the big corruption and the subprime mortgage. Here’s the bottom line, though. You know, I don’t care what anybody said on that stage last night about banks. The simple fact of the matter is that the big banks, be they commercial or investment, the Wall Street financial apparatus is tied to the Democrat Party today.

And that’s why I’m sitting up there laughing at Bernie Sanders going on and on and all these other people going on and on about closing the banks or regulating the banks and make this the banks play fair and so forth. The banks are donating to Obama left and right! They donated to Hillary; they continue to donate to Hillary, and they will continue to. They’re run now by, for the most part, your average, ordinary, run-of-the-mill, everyday liberal Democrat.

And yet the image persists that “Wall Street = Big Business = Republican,” and it just isn’t true anymore. The Democrat Party has become the party of the rich. By the time you add the Hollywood rich, the entertainment rich, the union rich (and believe me, there are tons of ’em), it’s overwhelming, the transformation that’s taken place, to the point now the Republican Party cannot be said to be the party of the rich. It is the Democrats. 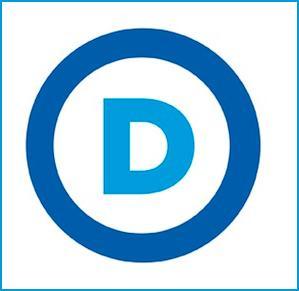 And yet nobody knows it, particularly people that vote Democrat. So Bernie Sanders can sit up there all night and start talking about the banks are evil here and evil there and get standing ovations. Now, what O’Malley said about Glass-Steagall. He said, “But there’s another piece that Senator Sanders left out tonight, but he’s been excellent about underscoring that. And that is that we need to separate the casino, speculative, mega-bank gambling that we have to insure with our money, from the commercial banking — namely, reinstating Glass-Steagall.

“Secretary Clinton mentioned my support eight years ago. And Secretary, I was proud to support you eight years ago, but something happened in between, and that is, Anderson, a Wall Street crash that wiped out millions of jobs and millions of savings for families. And we are still just as vulnerable Paul Volcker says today. We need to reinstate Glass-Steagall and that’s a huge difference on this stage among us as candidates.” So O’Malley wanted to reinstate Glass-Steagall.

And I guarantee you that 99.9% of the studio audience and 99.99% of the television audience was saying, “What? Glass what? Come on, Martin, take your shirt off! That’s why we want to see you. We couldn’t care less about that.”