RUSH:  Grab audio sound bite one and just number one for right now.  I saw this sound bite on the roster today.  I said, “This may be the first time in…” What? This is 1993, or ’94, whenever the Oklahoma City bombing was. “This is the first time I’ve seen the Drive-By Media admit this in whatever number, 20-some-odd years.”  It happened yesterday afternoon on the Fox Business Network’s The Intelligence Report with Trish Regan. 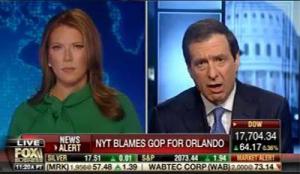 RUSH:  I never heard anybody in the Drive-By Media admit that they knew this.  I thought… You may have.  I can’t follow everything.  I follow more Drive-By Media than most people do.  It’s a wonder I’m still sane, by the way, and in a good mood every day.  I know people that read the Drive-By Media 15% as much as I do and they’re already in a funk for the rest of their lives.  It’s a wonder I’m still stable after exposing myself.  Seriously, I’ve never seen anybody else refer to that.  I’ve played the sound bites here of Clinton saying it about those angry voices on the radio. 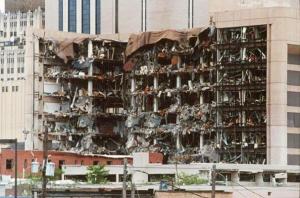