The Country Would Accept Immigration Reform with a Focus on Assimilation

RUSH: Here’s Neil, San Diego, California.  Great to have you with us, Neil.  Hi.

CALLER:  Hi, Rush.  Thank you for taking my call.  Say, Rush, I’m calling because of the discussion you had about the immigration challenges in terms of the Supreme Court decision over Barack Obama’s attempt “to mandate some illegal activity” is how I would characterize it.  And I’ve got a suggestion, and that is to borrow from something you shared with your audience.  That is to say that what we might want to consider doing is just putting a stop to all forms of immigration into this country.

I’m calling from California.  California, by what you have observed, has been culturally changed by way of illegal immigration.  In California now, it’s permanently lost to the Democrat Party because of the change of demographics and thus the change of party registration.  Legal immigration, in terms of the needs of our country, is a canard that is foisted upon the American people.  We were able to put a man on the moon with a population significantly smaller than what we have now.

We can educate our own folk.  We don’t need to import folk from other parts of the world in order to accomplish, you know, our desired ends in terms of manufacturing and technology and what have you.  And while listening to your broadcast, there was that other matter of the gun control thing in which a congressman talked about radical Islam.  And, Rush, I would be negligent if I didn’t share with you a suggestion, and that is that I would encourage you to get a book called “What Every American Needs to Know about the Qur’an: A History of Islam & the United States.”

I didn’t have time to answer the last guy.  Neil was his name.  His basic point was: Hey, Rush, I heard you say there wasn’t any immigration between 1924, ’65, why don’t we do it again?  It’s roiling the country.  We don’t it need right now.  We put a man on the moon with fewer people than we have in the country.

Again, to review, why did we do it in 1924?  It’s a different country, folks, and understandably so.  I mean, change is inexorable.  Change, you can’t stop it, so things are gonna evolve and modernize.  Some are gonna be stagnant.  But change happens.  In 1924 we had had mass immigration after two wars, and World War I and the eastern European immigration was massive through Ellis Island and other places.  And the reason we shut it down in 1924 was so many immigrants arrived that we stopped to assimilate them.

There was an active assimilation, call it a program or not, it just happened.  It was understood by everybody that newly arrived immigrants had to learn about the place they had come.  They wanted to come.  They dreamed of coming here.  They had great expectations.  They were fleeing human conditions that we didn’t face, in large part.  Suffering born of poverty, of tyranny, of bondage.

The story of humanity for most of the human existence is not a pretty one.  And look, I don’t want to be redundant, but that’s what genuine American exceptionalism means, country comes along, founded on the basis of freedom and liberty and God-given rights, life, liberty, pursuit of happiness.  It had never been done before, so that was the exception. 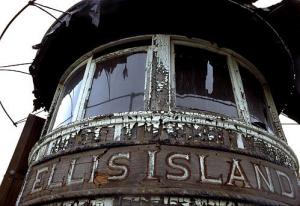 The Democrat Party’s entirely progressive, and the purpose of immigration is to further along the transformation of America.  You might even call it the punishment of America.  Because many educated progressives today think this country needs to be taught a lesson or two, and especially certain people in this country need to be caught a lesson.  They need to cut down to size.  They need to find out the kind of crap they’ve put people through for 200-plus years.

The second thing is the reason there’s no desire for assimilation — well, beyond that is that there’s no desire to stop immigration on either party.  The Republicans have donors who want low skilled and ill-educated people.  They’ll work cheap.  So this is the Chamber of Commerce position.  So the short answer, there’s no inertia, there’s no mind-set for a temporary stoppage on immigration so that we can get a handle on who’s coming in, how they’ve got here, where they are, and finding them and assimilating them.

You know what?  If we were to do that, you know, we hear about these 11 million or whatever number they are, living in the shadows, I will bet you — this is a wild guess — but I will bet you could get a decent amount of support from a group of conservative Republican Americans today opposed to illegal immigration, I’ll bet you could convert that to support if there became as part and parcel of the comprehensive immigration reform, a serious effort to assimilate these people. And not assimilate them to the Democrat Party, but assimilate them to America.

If there were a focus on American greatness and American exceptionalism and bringing 11 or 12 million people who have been here illegally for a long time out of the shadows and actually assimilating them into a great America, you’d probably have more support for something like that than you might think.  You’d be surprised, I think, the number of people that would support bringing ’em out of the shadows. But as long as the whole purpose here is to register voters for the Democrat Party or to keep them on welfare programs or whatever cost Americans and put more budget strain, you’re never gonna have support for it.  And everybody knows that’s what the Democrat Party agenda is. 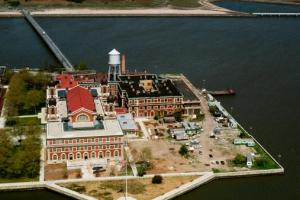 So they look at this, they don’t see any compassion anywhere.  Yet while the Democrats get all the credit in the world for being compassionate, there isn’t any.  These are just a bunch of people, poor people that are gonna end up being used as political footballs to further enrich and empower the Democrat Party.  But if comprehensive immigration reform actually included making these people Americans, teaching them about America, teaching them English, inspiring them to want to become part of a distinct American culture, you’d have, maybe — I don’t know — a shift of support.