Britain Was Warned by Lady Thatcher

RUSH: Let’s go back to 1990, October 30th, 1990. It’s in London, in Parliament, Margaret Thatcher, during a debate on rejecting a move toward a more closely united Europe. Do you know what it was costing the UK every year to be a member of the European Union? It was something to the tune of $18 million a year. Had to pay ’em $18 million a year for privilege of membership in the European Union. (interruption) No, no. I’m aware. I’ve even got some stuff I printed out here, show prep websites who think this has nothing to do with immigration. I’m telling you it has everything to do with it. There are other factors as well. Just an accumulation of things.

I think the British people have been very patient. I think the American people have been very patient. And during this period of patience, of course, there has been an evolution. More and more people have simply decided they like the idea of a gigantic centralized government managing and controlling everything. But there you get into cronyism again. You know, competing is hard, folks. Winning and losing, the prospect of losing, it’s hard. Competition has become a dirty word to the American left and the worldwide left. And the reason is, “It’s hard and it’s not fair. Not everybody can do it and there’s gonna be losers.” 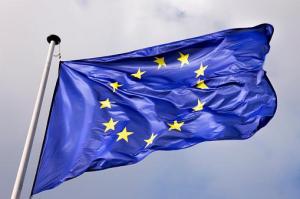 You turn everything over, you cede everything over to a central authority, command-and-control, which is there to limit the pain of losing. And a lot of people decide that’s a better investment than naked competition. With naked competition, I might lose. I might get the short end. I might be in pain. I might suffer, economically and other ways. So people sign up.

Plus, there’s this corrupt, perverted now, almost worship of the whole concept of large, centralized government. Never mind the fact that it’s never worked anywhere. It still obviously ends up being sold successfully on the come, on the premise that, “Well, we just haven’t had the right people do it yet, but if we ever get it done the right way with the right amount of money, it’s gonna lead to utopia.”

It’s immediately susceptible to young people, but it never works. And the vote, the Brexit vote is the realization by — it’s basically 52-48 majority. Oh, that’s another thing. Keep a sharp eye out for this. There are people already saying, “Wait a minute, that vote’s too close. That’s a lot of people that don’t want to leave. We can’t just randomly implement this thing because 48% of the people don’t want to leave.”

This is always the way the elites do it. They never lose. They set things up to where they can never, ever lose, appealing to people’s emotions of fairness and this kind of thing. But if you are of that opinion, I’d like to remind you of the famous words of our current president. In a meeting with the joint congressional leadership a couple of weeks after he was inaugurated in 2009, he made a big deal out of being open to all kinds of ideas. If anybody had a great idea, he’s gonna listen to it.

So the Republicans in the House and the Senate went up and they had differing ideas on his stimulus plan. His reaction was (imitating Obama), “Well, I’m sorry, but I’m not gonna do it. I won, which means I get to do what I want.” So when they win, it doesn’t matter how many people voted that disagreed. When they lose, it does matter how many people were on the losing side. And if it’s close, then they try to essentially say we should wipe out the result. Here’s Margaret Thatcher, two bites warning her nation about turning British power over to Europe.

RUSH: Very similar. Here’s the next one.

THATCHER: Perhaps the Labor Party would give all those things up, easily. Perhaps they would agree to a single currency, to total abolition of the pound sterling. Perhaps being totally incompetent with monetary matters they’d be only too delighted to hand over the full responsibility as they did to the IMF, to a central bank. The fact is, they have no competence on money, no competence on the economy, so, yes, the right honorable gentleman would be glad to hand it all over. And what is the point? In trying to get elected to Parliament only to hand over your sterling and to hand over the powers of this house to Europe. 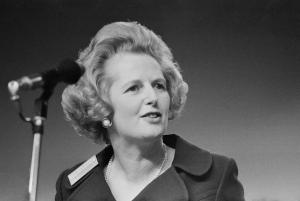 I hear talk today about what a great trading bloc the European Union is. That’s in their dreams it’s a great trading bloc. That’s what they were trying to do. You want to know why the European Union exists, there are many reasons why, and at the middle of all the reasons is the big one, and that is a desire on the part of giant elites for central power they control. Secondary and tertiary reasons are, it was thought by some that if all the nations of Europe would combine into one giant bloc for trade and other things, that they could compete more easily with the United States, which was, of course, 50 states, and with the ChiComs and with the Soviets and with all the other larger nations.

It was thought that Italy had no chance, that Great Britain had no chance, the Netherlands, Sweden, Norway, no chance to compete individually. But united, European Union, why, we would be world powers on the economic stage. And they thought especially since United States and NATO provide our defense, we don’t have to spend any money on that, we can do wonderful things and become a major, major trading partner. But they didn’t know what they’re doing, and they don’t know what they’re doing. Margaret Thatcher was right back in 1990. But this is how long it takes for realizations to occur.