The Islamification of Britain

RUSH: Joel in Ft. Lauderdale, great to have you. You’re next.

CALLER: Rush, I thank you very much. First of all, let me wish you and Mr. Snerdley and the remainder of your staff both a very happy, healthy, and safe weekend and week to follow. And thank you for being there for all of us who still live in Realville. We appreciate you every day.

RUSH: Thank you very much. I appreciate that, sir.

CALLER: Question I do have for you. In light of what’s happening now because of the Brexit and Britain breaking away from the EU, what effect do you think that might have on the Muslim population that’s currently burgeoning within Britain?

RUSH: I’m not sure what you mean by what effect. Now, I can tell you the vote, I’ve had some intel from people in the UK and I can’t vouch for this 100% because I’ve not seen it anywhere else. But apparently some people have some exit poll data that show the vast majority of Muslim residents of the United Kingdom voted to stay in the EU. And the balance of the British population voted to leave the European Union.

CALLER: Right. But with the number of people that are currently within Britain itself —

CALLER: — that are of Muslim ethnicity, do you feel that the fact that the British had been basically pushed by the EU to take more Muslims into their country, would this then evade that or what effect might that have? 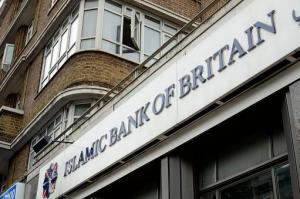 The European Union is not the instigator. They may have crossed the T’s and dotted the I’s, but the UK had plenty of people in their country just like we have here who had the same attitudes about immigration that you find on the American left and the Democrat Party here. That the Brits, because of colonialism and because the British Empire had been so unfair to people all over the world it was time to pay the price. And you had liberals who thought that all of this was making a grand diverse society and population which would improve things in the UK. So they brought this on themselves long before the EU really started emphasizing it.

RUSH: Let me add one more thing to the discussion of the impact of this vote on Muslims in the United Kingdom. It is true that Great Britain and the United Kingdom did not need any help from the European Union to increase immigration from all over the world and the vast majority of it came from Islamic areas. When it first started it was the same exact thing you hear in this country from the pro-immigration activists.

“It’s gonna make our country better. It’s gonna expand diversity. It’s gonna show that we are all one peoples and that we’re willing to open our country to the nations and the world’s less fortunate so that everybody can have an opportunity,” blah, blah, blah, all of the ringing, wonderful reasons to do it. They did it. They did it long before this current wave began. Here’s what happened. By “current wave,” I mean that instigated by the European Union with a combination of immigration and these refugees that are flooding in.

And it happened long before Angela Merkel came along and started bragging about bringing 800,000 a year in, and she needs it because they don’t have a replacement birthrate there. The German birthrate is below replacement levels, meaning the population is shrinking, meaning fewer and fewer people of age to join the labor force. So she needs to import them, and she’s doing it via immigration. And that number 800,000, just the whole flood here since ISIS got into gear in the Middle East. But the UK and their own immigration preceded.

What happened that they didn’t count on or that the British people were lied about is that there wasn’t any assimilation. And the UK population became, for lack of a better term, Balkanized. And then all of a sudden Sharia mosques started popping up all over the place. And before you knew it, the most popular or frequent male baby name was Mohammed.

Now, I will probably take some arrows for saying this, but I first went to the UK, to London, I don’t remember the exact year. It was for a cigar dinner. It was ’92 or ’93. And my first trip I was amazed. I lived in New York at the time. I was amazed at how pristine and clean it was. The word that came to mind no matter where I went and no matter who I interacted with was “civilized.” That was my impression. I didn’t go often, but I’ve been enough times to be able to note the changes in the same areas that I used to visit and the same regions where the hotels that I always have stayed were.

But what happened was that this massive influx of immigration, the Muslim or Islamic aspect of it, they set up their own neighborhoods. The same thing in France. In France it’s not been pretty. In France it’s even worse. But the mosques started going up and then the practice of Sharia in certain elements. The British people, I think they were surprised. When your leaders lie to you, I mean, our leaders today cannot be honest about Islam with us. They will not even use the term “Islamic terrorism,” “radical Islam.”

The same thing happened in the UK, and it just kept happening slowly. It was all portrayed as wonderful and nice and look what great people we Brits are. Look how lacking in prejudice we are. Look how open we are. Look how tolerant we are. It was just such a wonderful, beautiful thing. And then finally it began to dawn on everybody that these people were not coming to become Brits, which has been dawning on people in this country for a while now.

This is why I was talking earlier, all of this is cumulative; it didn’t happen overnight. And when it first began happening there were all these wonderful intentions associated with it, and everybody was applauding everybody else about how wonderful they were for opening their country up to the less fortunate or the oppressed or whatever it might have been, when in fact that’s not what was happening. It was more like a — well, like I characterize what’s happening here. I don’t think immigration is what’s happening in our country. I think an invasion is what is happening, particularly southern border.

You had these minors that are coming from Central America without their parents, two years in a row now by the tens of thousands, and there’s no stopping it. That, in addition to all the other illegal immigration. It’s an invasion. It isn’t immigration. These are illegal, by definition. Our immigration law is not responsible for this. There is no immigration policy in the US that is permitting what’s happening. What’s happening here is happening outside the law, that our leaders do not wish to enforce or acknowledge. And the same thing happened in the UK.

Then Angela Merkel, blind as a bat to what was going on, applauded it, opened the borders, welcomed as many as wanted to come, and that as much as anything, I think, is what awakened people. Even though the Brexit movement precedes this most recent influx, the reasons for the vote being as decisive as it were, I think, tied to this most recent massive influx.

But all of this is to explain — you know, the caller said what’s the effect gonna be on the Muslim population. The UK had been permitting this immigration long before this most recent bout of it. It was their own policy that did it, just like us. Even though it’s not policy. It’s extralegal behavior, the ignoring of the law that’s permitting it here. The UK was the exact opposite. That was all legal. At least most of it was.

You’re gonna be looked out for, taken care of.