RUSH: Audio sound bite number eight.  The Drive-Bys have to tell us, they have to let us know how cosmopolitan they are. They have to share with us the worldliness that they bring to their jobs.  In so doing, they convey how they and they alone are qualified to analyze these events that happened across the globe, whereas you and I, mere plebes, haven’t the slightest idea. And part and parcel of being able to explain what’s going on in a way that you never could, is having been to Ataturk Airport in Istanbul. 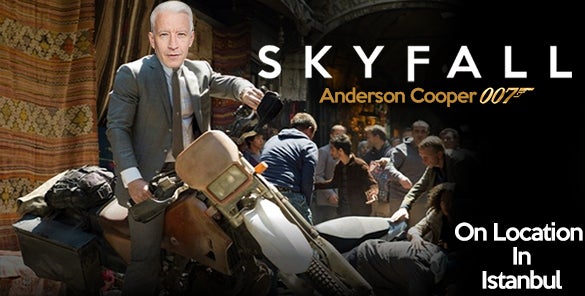 JOE DURAN: I’ve traveled through this airport many times as you have, as well.

IVAN WATSON:  This target in the airport. I’ve been through this area.

CLARISSA WARD:  Istanbul airport, if you’re ever traveling to the Far East especially, it tends to be a sort of hub.

NICK PATON WALSH:  In the years I’ve been traveling out of there.

WENDY SHERMAN: I’ve gone through that airport and that particular spot many, many times.

ANDERSON COOPER: I think I’ve been in three European airports in the last month.

KATE SNOW: I’ve been to Istanbul before.

ERIC SWALWELL: I was just there last year.

SHEPARD SMITH: Headed back to New York, transitioning through Istanbul, which people do every day.