RUSH: From Yahoo News, try this headline:  “Survey Finds Excess Health Problems in Lesbians, Gays, Bisexuals — Gay, lesbian and bisexual individuals reported more health problems than straight men and women, in a large US survey. For the first time since its launch in 1957, the National Health Interview Survey in 2013 and 2014 included a question about sexual orientation. With nearly 69,000 participants –” Are you kidding me?  Sixty-nine. (laughing) I missed that when I originally read the story.

“With nearly 69,000 participants, the survey revealed that lesbian, gay and bisexual adults ‘were more likely to report impaired physical and mental health, heavy alcohol consumption, and heavy cigarette use, potentially due to the stressors that (they) experience as a result of interpersonal and structural discrimination,’ researchers wrote online June 28 in JAMA Internal Medicine.”

Nearly 69,000 participants, the survey revealed that lesbian, gay, bisexual adults, quote, “Were more likely to report impaired physical and mental health, heavy alcohol consumption –” adult beverages “– and heavy cigarette use, potentially due to the stressors that (they) experience as a result of interpersonal and structural discrimination.”

So, discrimination, interpersonal and structural.  In other words, overall, blanket discrimination is causing gays, lesbians, and bisexuals to drink more, to smoke more, to be more stressed, to basically be sicker than the rest of the population.  And, of course, that is going to be deemed to be unfair, and this, of course, is going to require much more money to study, don’t you see, and then we will get into great examinations of just where this stress emanates.

If all of this stress resulting from interpersonal and structural discrimination is leading to an unfair share of alcoholism, heavy cigarette use, and generally impaired physical and mental health, don’t you think that investigators will find ways to scientifically, quote, unquote, blame all of this on the hate-filled, racist, sexist, bigoted, and homophobic Republican Party? 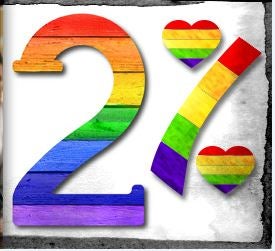 One thing we do know, more federal money will be allocated.  We will get to the bottom of this.  We will find what the explanation for this all is, and it will no doubt conclude that homophobia is rampant in this country and it’s causing serious, serious consequences — which will lead to suggestions and proposals for criminal punishment for those found guilty of homophobia and bigotry and hate and what have you.  Keep a sharp eye, folks.  It may be far away.

RUSH: This is Mike in Sarasota, Florida.  You’re next, sir.  Hi.

CALLER:  How you doing, Rush?

CALLER:  Okay, just to go back to the beginning of your show when you were talking about, you know, the people that wanted to donate blood and were told they couldn’t and so on and so on. You know, that’s not the only reason.  If you’ve had tattoos done, you can’t give blood for a year.  So the whole discrimination thing I think just goes out the water on that one.

RUSH:  So what’s…? If you don’t want to be forced to donate blood, go get a tattoo? 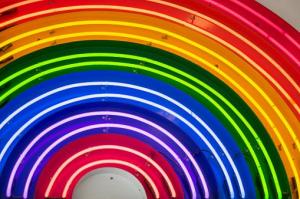 CALLER:  Well, you can kind of figure why but, you know, there’s needles involved.

RUSH:  That’s right.  There’s the needles involved in there, the needles and the ink and all that.

RUSH:  All right.  Well, I appreciate that, Mike.  When did I talk about donating blood?  I haven’t talked about donating blood since the Jaycees tried to recruit me back in Kansas City in 1976.  I’m looking. “Why’d you put the call up there?” I’m thinking. “This guy’s talking about tattoos and blood donation? What the hell’s going on here?”

So Snerdley’s telling me, “You must have talked about it while I was screening calls and I didn’t hear about it.” It’s a classic example of how even though I have no idea why the caller is calling, we can make it work.  But I do wonder what he was listening to when he talks about tattoos and donating blood and you can’t do it if you’ve had a tattoo in the last year.