Feminists Don’t Understand That Women Always Have Run the Show

RUSH: Here is Donna in Vernon, Connecticut. Welcome to the EIB Network. Hi.

CALLER: Hey, Rush. First time for me. My sister Vanessa was on once, though, and I think you’re lulling your listeners into a false sense of security. I think what Hillary Clinton said is true, and that is that the future is female. Imagine the intellectual level of the lefties — and I’m a member of the Ladies of the Left — and we’ve assigned a sex to the future. In other words, she declared the future was female. And, in fact, it is. This Trump thing is nothing but a hiccup. In other words, we had the — 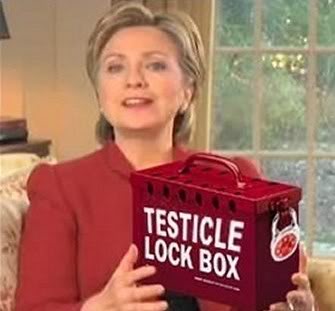 RUSH: Wait. You say you’re a Lady of the Left?

RUSH: Okay. I have news for you. The world’s always been run by women.

RUSH: In civilized society, women have the ultimate power. It’s women who say “no,” in civilized society. That’s what you feminists never have understood. You’ve always run the show. Ask any husband! You always have run the show. Anyway, this is not a blip. It’s not a blip. This is a 180, turning the ship, and it’s not anymore, “Women and children first in the lifeboats.”