Media Clowns Think They Have Constitutional Immunity from Criticism

RUSH: I want to thank F. Chuck Todd of NBC for opening my eyes to this. For the longest time I’ve been genuinely curious why it is that media people think that they cannot be criticized. 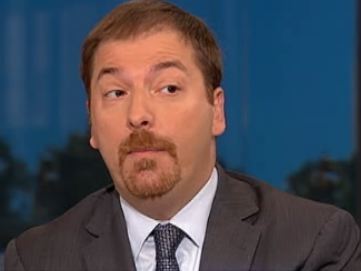 They can do all of that they want, but you turn it around and you start investigating your favorite journalist to find out how many illegitimate kids he or she might have had in college or how many DUIs they had, you know, or how many communist sympathizer meetings they went to, then all hell breaks loose and they start squealing like stuck pigs, “You can’t do that! We’re journalists!”

I said, “Where does this come from?” It’s more than just hubris. I finally found out. You know what it is, Mr. Snerdley? These clowns actually believe that since they are recognized in the First Amendment that they have constitutional immunity.

Well, so does the president, and the president happens to be mentioned in the Constitution before the media. The president’s mentioned in Article 2. The media doesn’t make it ’til the First Amendment. But yet the media thinks there’s nothing bad about running around and trying to attack political figures and destroying them.

This is what it is, folks. They are so far gone, they really think that they are the last line of defense between freedom and democracy and tyranny. And attacking them and challenging their reputation is no more and no less than attacking the Constitution and trying to destroy America and democracy. That’s what they think. That explains why you can’t go after them.

They seem to think that it does.  And I think it all falls under the notion of how really poorly constitutional education, American history education’s been for decades in this country. Not to mention the kind of poison that’s injected into the young skulls full of mush populating journalism schools all over the United States.  But really, folks, it’s the one thing that, as far as the media’s concerned, justifies what they’re doing.

Now, as I say, you won’t even get them to admit what they’re doing.  You won’t even get them to admit they’re trying to destroy Trump.  They come up with some, “No, no, no, no.  It is the job of the media to hold powerful people accountable.”  Yeah.  Right.  Why doesn’t that apply to powerful Democrats?  And don’t tell me that it does, because everybody knows you give ’em a pass. Each and every time something comes up with ’em, you cover for ’em.  It’s a joke.

RUSH: Lee in North Branford, Connecticut. Welcome. Great to have you here. Hi.

CALLER: Well, it’s a pleasure to be talking to you, Rush.

CALLER: I just want to… My issue is Chris Matthews (sic) yesterday. Yeah, Chris Matthews threw you a softball and I thought you kind of swung on it and missed. He talked about Trump saying the media was our enemy. And my simple simplified answer to that is, you know, you get a working guy, works all day, comes home, him and the wife sit down to eat after they sit down and watch television. And they watch one of the talking heads, whoever it might be. So they get the IRS; nothing to see here. They get Benghazi; wow, that’s a little bit, but that’s a ho-hum. Ben Rhodes? They probably don’t know who Ben Rhodes is. Jonathan Gruber is another one. Not a clue who Jonathan Gruber is. To me, that makes ’em an enemy. They’re not telling us the truth, they’re telling us half-truths, and they’re ignoring half the facts.

RUSH: Yeah, but I… I’m sorry I swing and missed at a “Chris Matthews” softball. I wasn’t on the field when he tossed it, so I don’t know. I don’t swing and miss when Matthews throws, wild pitch or not. The reason I wanted to take your call is the Trump quote, “The press is the enemy of the people,” is not what he said. You know, here’s… Again, I guess this comes from my having a very good understanding of Donald Trump. He was talking about a subset of the media. If Trump had been talking about the whole media as the enemy of the state, that’s not what the Trump quote said.

He specifically was referring to the outlets putting out misleading themes about election hacking. You can’t take these comments out of context! You have to look at what he said before he said this. So when he calls “the press enemy of the people,” what was he talking about before it? He was talking about those elements of the media that continue to report things that aren’t true, and that is there is no evidence that the Russians hacked the outcome of the election! There is no evidence because it didn’t happen. There’s no evidence that the Russians determined the winner of the election.