Robert B. Reichhhh Knows the Democrats Are in Big Trouble

RUSH: A story that I ran into at Breitbart yesterday. Actually, it’s an opinion piece by Robert B. Reichhhh, and the headline is, “Robert Reich: ‘The Democratic Party Has Not Been in This Bad Shape Since the 1920s.”

Actually, this is not an op-ed. Robert B. Reichhhh was on, I guess, This Week on ABC, and that’s where he said, “[T]he Democratic Party has not been in this bad shape since the 1920s. Right now, 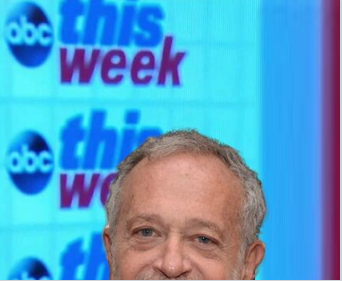 there is a disconnect, George [Stephanopoulos], between a rather sclerotic Democratic apparatus which is in complete disarray. I mean, the Democratic Party has not been in this bad shape since the 1920s…” He’s talking about power as defined by seats, electoral seats held. They are in bad, bad shape.

They really are. They hold fewer seats today than in the 1920s. That’s the last time it was this bad. It’s a situation, a position they’re unaccustomed to. This has been brought on by “a huge uprising at the grassroots” among a specific group of people the Democrat Party told to go pound sand: White, working-class voters Democrats. Barack Obama, specifically, is the architect of this decline, and one of the primary elements was an electoral campaign decision to abandon the white working-class traditional Democrat voter in favor of a giant — they thought giant — coalition of every minority group on the face of the earth.

They have been reading a demographic shift in numbers, and they thought as soon as this election, last November, would be the election where the voting power represented by white, working-class Americans, white middle-class Americans would finally be dominated.” And they were wrong, and they were wrong big time. So now Robert B. Reich is on TV warning them about it, and he was asked how Tom Perez — more on this guy — the new chairman of the Democrat National Committee… Did you hear what Trump said?

Trump said they rigged the election again at the Democrat National Committee. They rigged it again. Bernie’s guy never had a chance. Bernie’s guy is Keith Ellison. I really wanted that babe… What’s her name? I wanted the woman who promised that, if she were the new chairman, that she’d never, ever utter anything to white people ever again. Sally Boynton Brown. That’s who we were pulling for. I guess our influence in the Democrat Party’s not what it once was, ’cause that’s who we were pulling for.

It was not an ongoing, steady campaign, but I certainly endorsed her two or three times. But it came down to this Perez guy. This Perez guy is a former secretary of labor. He is a dyed-in-the-wool, militant progressive activist, and he’s now running the Democrat National Committee. “How can Tom Perez…? Can he actually utilize that, turn the Democratic Party from a vast fundraising machine into a movement? Hasn’t been done before very easily. You remember in the Vietnam War days, we had a huge uprising.

“But the Democratic Party had nothing to do with that. The thing that worries me most of all, if you look at the problems inside the Democratic Party, they have a lot to do with the same sort of populist uprising we’re seeing across the country, including the Donald Trump campaign.” I’m gonna tell ’em what happened. You know what…? And I have no worries. These people are not gonna pay attention to what I say. They may hear it, they might even process it and think about it, but they will automatically reject it because it comes from me.

So don’t worry. I’m not gonna tell ’em the way out of their mess. I’m gonna tell ’em why they’re in it. They will not be able to chart the way out. They’re digging a deeper hole for themselves even as we sit here. I know it doesn’t look like this in the media. In the media, it looks like the left wing is winning and dominating and Trump’s over here whimpering and barely hanging on — and, folks, it’s the exact opposite of that. Donald Trump is roaring.

Donald Trump is moving at full speed with his side of the equation. He’s trying to bring the Republicans in Congress along. He had a huge meeting last night, a party last night with the governors, and a speech to the governors this morning. He then had meetings with CEOs from the insurance companies. They are praising Trump for already stepping in to help stabilize the market. This business of the governors and Obamacare, it’s gonna be a little bit more problematic than Trump thinks, but I don’t doubt he’ll have a way to deal with it.