7 Million Without Power in Florida — Will That Save the Planet?

RUSH: Now, I’m gonna say something here that is going to rile up people again, but it’s based on things I’ve heard them say.

Seven and a half million people without power. If you listen to the climate change people, in effect, what they are encouraging people to do is to dial back their use of fossil fuels. Coal is the primary fuel used to power plants. Which I’ve often found fascinating. Everybody thinks the electric car is renewable energy and it’s clean and safe. But what powers the batteries in the electric cars? I mean, you charge ’em up, you’ve gotta go to a coal-fired power plant. In other words, coal is used to power electric cars, and they say there’s nothing clean about coal. But with seven and a half million without power, there’s another hurricane out there, Hurricane Jose. They don’t quite know where it’s gonna go.

They say it’s a Category 4 or Category 5, but it’s just out there doing circles. They’re not quite sure where it’s gonna end up yet. Well, seven and a half million people in Florida without power, isn’t that gonna help? That means there’s much less CO2 being spewed in the air in Florida. It means that there’s much less climate damage happening because there’s no electricity. There’s no air conditioners running. No anything because seven and a half million people without power. And the global warming crowd, that’s the kind of thing they say we need to be thinking about, reducing our use of fossil fuels.

Well, this is a massive reduction in fossil fuels, seven and a half million people without power. I wonder if that could be enough of a reduction in CO2 and greenhouse gases from southern Florida to end up making Florida a smaller target for the next hurricane? Now, you watch and wait and see what they do with that. This is gonna be fun. I’m just taking things they’ve said and applying them to a real world situation, ’cause this is the way I try to expose people who think things I think are crazy.

This is a golden opportunity to find out if these kinds of events — no electricity, no CO2s — can actually have an immediate impact in saving the climate and preventing this hurricane from hitting south Florida, another one.

CALLER: Thank you. I gotta tell you, as of right now I’m looking Hurricane Irma as being one of the top three fake news stories of 2017. Now, last Friday I was freaked out about it just like everybody else was. I’ve got family down in south Florida, and we were all trying to convince them to leave, to evacuate. Finally they did on Saturday. They have a house. They have a business. They had a boat down there. They had to leave all that, of course. So I started looking at wind speeds ’cause I wanted to look into, okay, what was actually going on down there while out on the ground. And when Irma apparently made landfall in Cudjoe Key, they were calling it a Category 4.

CALLER: Well, there’s all kinds of wind speed websites out there, and then NOAA and the National Weather Service has their buoys and weather stations with anemometers all over the keys in south Florida. Well, I was looking at all these live wind speeds and —

RUSH: Wiley, hang on just a second. Because I’m gonna run out of time here. Can you hang on through the break to conclude this?

RUSH: ‘Cause I think I know where you’re going, but I want you to be the one to say it. He-he-he-he-he-he-he.

RUSH: Here’s another thing, folks: Seven million people in Florida without power? I mean, that’s a lot of CO2 that’s not going to be spewed into the atmosphere. It might actually weaken Hurricane Jose. If it did, can you imagine what would happen? The climate change people would say, “See? We’ve been right all along. Get rid of electricity, get people to cut way back, cut their usage way back and so forth, and go back to more reasonable, natural sources and so forth.”

I just… I wouldn’t be surprised. But I’m tweaking ’em here, folks, I’m jamming ’em, and they won’t like that. So they will get caustic again. Back to Stewart in Lake… I called him Wiley. I’m sorry. He’s in Lake Wylie, South Carolina. You think Irma is one of the top three fake news stories of the year. You’re getting to your conclusion as to why. ‘Cause you found wind speeds that are not nearly as high as reported? Is that your point?

CALLER: Right. Right. I’m highly skeptical, because as I understand it, the category scale is based solely on wind speed. Wind speed is globally standardized as being measured at a height of 10 meters, and all the wind speeds being reported by the official anemometers with the weather station and the buoys all around Cudjoe Key all the way around Marco Island were well below hundred-mile-an-hour sustained wind speeds. That’s another thing: These wind speeds have been sustained for a period of one minute to be qualify as a certain category.

CALLER: And they’re talking about gusts and stuff, and (garbled) just isn’t there. 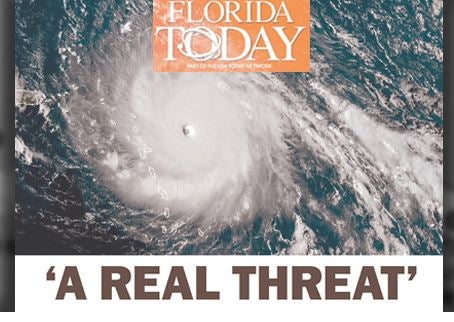 RUSH: I know a lot of people who are skeptical of some of this, too, as you’ve been who’ve told me that they have actually logged into data sources. You can find them. If you know where to go, you can find the daily temperature readout of water buoys and various other temperatures –recording instruments — in various places, islands and so forth in the Caribbean. And I’ve had people tell me that the actual recorded wind speeds are sometimes less than what’s reported. But I’ll guarantee you if the hurricane center said that there were 145-mile-an-hour winds, there were somewhere.

They’re not gonna lie about that. I mean, it might have been for a square mile at a thousand feet, but there were that. They’ll have to be able to confirm that. But I get your point. Look, Hurricane Irma, with all seriousness here, was a devastating storm to a lot of people. You’ve got seven million people without power. And it raked, you know, St. Martin and Barbuda. It destroyed the home of Richard Branson. Now, stop and think: Richard Branson owns Virgin Airlines. He’s one of the biggest pro-climate change guys in the world, and a hurricane came along and destroyed his house.

I mean, it leveled his house on his private island, Necker Island, just leveled everything. I mean, these hurricanes, they don’t care whether you’re pro-climate change or not. But St. Martin devastated, Barbuda was devastated. You know when they tell you about the damage to Cuba, and it was severe. What they never tell you is Cuba is a Third World place. The most modern car in Cuba (outside the leadership) is a ’57 Chevy. They tell you all these homes destroyed on these barrier islands, the Cuban keys. They don’t tell you they’re made out of tin.

I mean, these are poor countries, and they don’t have building codes and building standards, and they don’t have anything quite like the building standards and materials and so forth that we have here. But it was a serious, serious storm. And I understand the hurricane center over-warning. I totally understand the hurricane center preparing people for the worst. For example, the first time they put the track on Florida, it was up the East Coast, and then they kept moving it west and moving it west. But they never took it off the Florida panhandle.

‘Cause once they put it on, they’re committed. They can’t on the basis of models or forecasts move that track. Once you have however many numbers of millions of people preparing for a direct hit because of your forecast, you have to stick with it. For example, they couldn’t have moved this track west and have it hitting, say, in Mobile, Alabama, because then if it did that, fine, but if it didn’t and came back and hit Florida where it did, you’d-a had a bunch of people mad that the forecast was wrong.

And then when they start talking about Category 4, Category 5, I totally understand over-warning in terms of preparing. The last thing you’d want to do is under-warn. If you think it’s gonna be a Category 4 but you’re not sure, you don’t want to say it’s only gonna hit as a Category 2. You just can’t. You’ve gotta have people prepared. I understand all of that. That’s not… My whole point about this was never that it was fake, that the warnings were never fake, that the strength of the hurricane was fake. I never said anything of the sort. I questioned how the media deals with all of this stuff. Anyway, I appreciate the call, Randall, very much.

RUSH: Hey, folks, how about all of those stories in the media about how great FEMA’s doing and the hurricane recovery over in Houston, Texas, and how well FEMA’s doing here in Florida, how well staged in advance they were? Have you seen those stories praising President Trump for getting the federal government in gear to deal with it? You haven’t? You mean there aren’t any? Oh, really? I guess I’m not surprised at that.

What about stories about how great Governor Scott has been doing, how great Governor Abbott in Texas has been doing? Have you seen — (interruption) No? Really? Some on Scott? Isn’t it amazing, you compare the grief that George W. Bush and Brownie got, aftermath of Hurricane Katrina, and now we’ve got what appears to be a ready- made smooth operating federal response. And crickets.