The People Who Make the Country Work Rebuild It After Hurricanes

RUSH: Let’s go back to hurricane news because there are some updates. According to the Daily Caller, “Christians Provide More Aid to Hurricane Victims than FEMA” right now. But look, I don’t want anybody to misunderstand this. This is simply because FEMA’s a massive bureaucracy and no matter how well they’re doing, it takes a while to get everything going. By the way, have you seen the stories, folks? Have you seen these stories all over cable news about how great the Trump administration is doing with FEMA in response to both Hurricane Harvey and Hurricane Irma? Have you seen those stories?

I mean, they’re… (interruption) Yeah. I know. They’re not there. Those stories, you don’t find them. There are no stories that are detailing the competency of FEMA and the first responders. You’re just not seeing them. And you won’t. There will not be any significant news stories that praise the Trump administration efforts of this or anything else. Now, the Daily Caller is saying, “Christian non-profit organizations have outdone FEMA and provided the vast majority of the relief aid to victims [so far] of Hurricanes Harvey and Irma.

“Faith-based relief groups are responsible for providing nearly 80% of the aid delivered thus far to communities with homes devastated by the recent hurricanes, according to USA Today.” I mean, they’re the Drive-By Media. “An alliance of non-profit organizations called National Voluntary Organizations Active in Disaster (NVOAD), 75% of which are faith based, has helped FEMA distribute relief assistance to communities hit by disasters and assisted families in navigating government aid programs to begin the process of rebuilding.

“‘About 80% of all recovery happens because of non-profits, and the majority of them are faith-based,’ Greg Forrester, CEO of NVOAD, told USA Today.” Now, the faith-based people need FEMA, though, to get through all the government red tape. It’s a collaborative effort here. I don’t want anybody to misunderstand. But one thing that is in most cases… It’s not true in all cases but in most cases, individual, entrepreneurial efforts are always going to be faster, speedier, and more efficient than any bureaucrat endeavor, whether it’s a government bureaucracy or even a corporate bureaucracy.

The more people involved in having to sign off on every decision, the longer it’s gonna take to get all of that, and people that don’t have to wait on such decisions who can just get going are always gonna outpace bureaucracies. And that’s true not just in disaster relief, but just in the daily conduct of business or just daily affairs of anything. And it always is on display here. You know, it’s been said, but it’s true: You’re finding out the real America. And you know who you’re not seeing in any of this relief, these relief efforts? 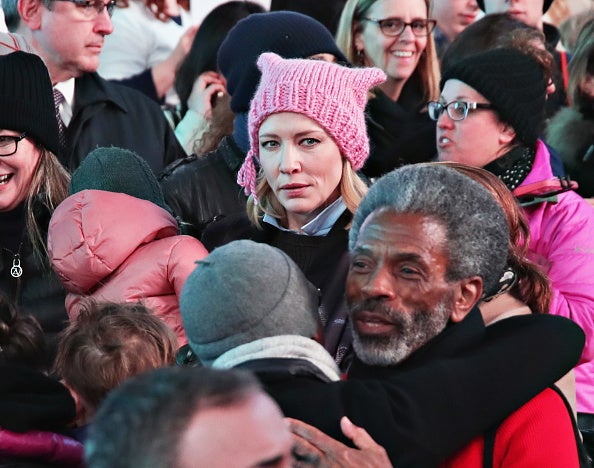 Undeniable. And that’s gonna offend a lot of people, because the attack on faith-based people is constant and on going, but they don’t care. They just get in, get it, do what’s necessary, and then get out. But with you don’t see all of these leftist groups that have a monopoly on caring and a monopoly on compassion. You don’t see them out there. Not helping. You don’t see them out there helping to pass out supplies, food, what have you. It’s an interesting observation.