Listen Carefully to the Smartest Woman in the World

RUSH: We are at the moment tracking down the audio for this, and we will have it momentarily. We would have it now except that I have a ban on all audio sound bites from PMSNBC. The only reason they have an audience is this program. We used to play sound bites from this crazy Looney Toon bunch all the time, and it created curiosity, people tuned in, and their audience started growing, so I banned ’em. I just stopped using sound bites. Why plug these people? But there are occasions, like in every instance, where a ban must be temporarily set aside. Today is one of those occasions.

Remember when Sarah Palin was reputed to have said — she never said it — but I wonder how many of you still to this day think she did. She said supposedly it was either in an interview with the perky one, Katie Couric, or with Charlie Gibson, that she could see Russia from her backyard in Alaska, and that that qualified her to be president because that meant that she was knowledgeable in foreign affairs.

She never said it. It was a Saturday Night Live joke that took on a life of its own. In fact, the last time of the three times that I have finished as one of the top Ten Most Fascinating People in the country, Barbara Walters, that show she does every December, the same year — what’s her name — Tina Fey was also one of the top 10 most fascinating. You know why? For impersonating Sarah Palin. Why wasn’t Sarah Palin one of the top 10? Why was an impersonator? That’s why she was there. I mean, Barbara Wawa said so.

Well, Hillary Clinton was on PMSNBC last night with Rachel Maddow. Now, Hillary Clinton ran for president, everybody thinks that she was gonna win. She thought she should have won. She still thinks she should have won. She thought she was eminently, profoundly qualified, more so than anybody else. She has been first lady. She has been in charge of bimbo eruptions for her husband, which meant, as a good feminist, it was her job to destroy any woman who had had affairs with her husband threatening to go public with it. And the feminazis all supported that. It was amazing.

So she ran that unit, the bimbo eruptions. She became an expert at looking the other way when Bill was out with Gennifer Flowers and Monica Lewinsky. And then she was the architect of the failed Clinton health care program in the early nineties. That bombed out. Pretty much everything she did, secretary of state, not much happened. Benghazi, Libya. She lied about having to corkscrew down in a landing in Bosnia because they were avoiding sniper fire.

Turned out none of it was true. She claimed that she was named after Sir Edmund Hillary who climbed Mt. Everest. The problem with that was that he didn’t climb Mt. Everest until six years after she was born. She could not have been named after Sir Edmund Hillary. Supposedly she told everybody that she tried to join the Marines. She went to a recruiting office in downtowns Chicago. They looked at her — this what she said — they looked at her, said, “Nope. Nope. We can’t take you. Maybe the dogs will take you.”

Hillary not knowing that that’s an affectionate term for Army people thought that they were calling her a dog. Wonder why she would think this. She made a big deal out of that. Does anybody really think Hillary Clinton wanted to join the Marines? Ha-ha-ha-ha. Well, anyway, I’m vamping here, folks, as a highly trained specialist. I’m hoping I get the audio. I only found this two minutes before the program began, and so now Cookie is scurrying furiously. I didn’t know when it happened in the program. She’s gotta scan the transcript and find out when it happened and roll it off on tape, then put it off on MP3, then transfer it over to the New York office. It’s a long process to get an audio sound bite on the program.

Let me just tell you what she said and when we get the bite we will play it for you. During an interview last night on the Rachel Maddow Show, the failed 2016 presidential candidate who was said to have a 92% chance of winning on Election Day — he-he-he — said, quote, “The president” — meaning the Trumpster — “the president has basically insulted and attacked South Korea. South Korea is literally, you know.” Hillary says “you know” a lot. For a professional politician and public speaker, she uses that phrase “you know,” which is a crutch. See, do I know how to vamp or do I know how to vamp?

We’ve got the bite. All right. So set it up. How long is it? Do you have a time on it? Sixteen seconds. So you’re gonna have to listen fast. She’s on Rachel Maddow last night, failed 2016 presidential candidate. I don’t know what the question was. It doesn’t matter. Here is what Hillary Clinton said.

RUSH: Now, some of you may be scratching your heads. What’s the big deal? The reason I say that is because there’s a poll out here — a recent poll conducted by our old buddy Kathleen Hall Jamison at the University of Pennsylvania. The Annenberg Center. She loves me. (Well, she used to.) “Nearly Four in 10 Americans Can’t Name Any First Amendment Rights.” Four in 10! “A shocking 60% do not know the three branches of government.” I saw this last night and said, “What am I doing here?” Forty percent of the American people in a big survey!

They released this a couple of days ago. Four out of 10 Americans. Now, I don’t know what the sample was. Only 48% who could name one and 40% of Americans could not name any of the First Amendment rights, any of the rights spelled out in the First Amendment. Kathleen Hall Jamison in the story even says this is a problem; we need to fix our education system. “These results emphasize the need for high-quality civics education in the schools [ahem] and for press reporting that underscores the existence of constitutional protections.”

I wonder why the Constitution isn’t being taught.

I remember we were taught the Bill of Rights as a separate entity from the Constitution when I was growing up, and it was early on. It was like first or second grade. It’s obviously not being taught. You and I know this. Public education has just gone to hell. The problem is it’s purposeful. This is a desired result here: The dumbing down of the American people. These people vote. Forty percent! So I don’t know how many people understand how stupid Hillary Clinton’s comment was. So I’m gonna play ’em again, and if you don’t — if you didn’t — get it the first time and ask, “Well, what’s wrong with that? Sounded fine to me,” listen one more time. 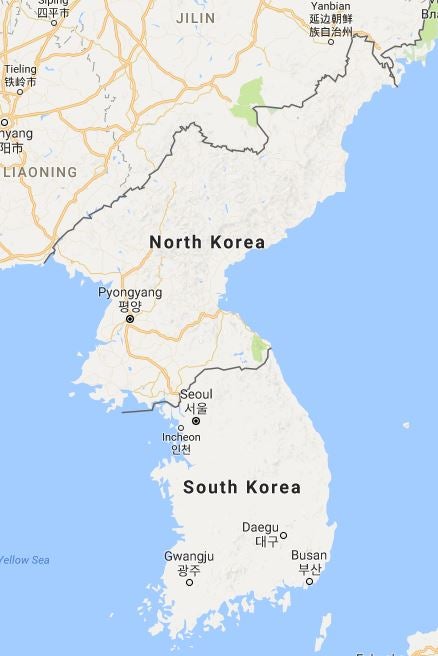 RUSH: Now remember, Sarah Palin didn’t say that she could see Russia from her backyard in Alaska, and they said, “That’s dumb! That’s stupid! She’s an idiot; that’s crazy. She’s not qualified.” But she never said it. Tina Fey did. Hillary did say this. I’m still seeing some blank faces here on the other side of the glass, folks — and if I’m seeing blank faces here, I can imagine there’s still some out there. One more time, for those of you who are still not quite seeing what the big deal is here.

RUSH: All right. This is really, really… Because this woman is purportedly the Smartest Woman in the World, the Smartest Woman in America, eminently qualified to be president. The border of South Korea is not “within miles” of the border of North Korea. South Korea IS the border! North Korea and South Korea are on the same peninsula. There’s just a line drawn there on a map. There is something called a demilitarized zone. It’s a drawn boundary where there are no armaments and no military combat, conflict supposed to happen.

I’m gonna give her the benefit of the doubt. Maybe she’s thinking of the DMZ here, but South Korea and North Korea are the same piece of land. It’s just a line. They border each other. South Korea’s not “within miles.” South Korea is the border. North Korea is the border. Nobody corrected her. There’s nobody in the media other than me pointing this out and laughing at it and having a good time and making sure that everybody understands it.

Anyway, good work up there in New York tracking down the sound bite very quickly.