RUSH: I got a pretty big section here on Manafort to get into in terms of what’s really going on. The Manafort, the Mueller investigation, more and more people that I trust are calling this a giant cover-up of the real scandal, the Hillary email scandal. You know, even after the election, Obama said it’s technologically impossible for the Russians to affect our elections. He said it before the election, said it afterwards. But shortly after he said that, 24 hours later, the Hillary camp starts blaming Russia.

Then we got the Trump dossier, and this whole thing, we got unmasking of Flynn and Manafort and others. And since there hasn’t been any evidence of anything here, people are now beginning, people I trust are beginning to think that this whole thing is what I just said it is. It’s an effort to destroy Trump and his business, to wipe him out and anybody associated with him, as the biggest lesson outsiders could be taught, “Don’t try this again.” And at the same time, the real scandal that Comey and everybody abruptly stopped and now this is the cover-up for, is the Hillary Clinton email scandal and the Hillary Clinton Hoover, sucking up dollars from all over the world for her foundation before she was president, selling access. Those are the things that — I’m talking about legal and intelligence professionals who have been paying attention, as we all have. But there’s nothing there.

Now, this predawn raid, picking the lock Manafort’s house and now Manafort, “Release what you found. I got nothing to hide. I didn’t do anything.” I don’t doubt for a minute whatever this is, I know it’s an effort to destroy Trump, but I don’t mean just destroy him reputationally. They are going to try to wipe him out, folks. That’s what this all is and everybody associated with him. And Caputo said it on Fox last night, one of his lawyers, close associates, the real cover-up is what was going on with the Clintons and Hillary and her email. That cannot be permitted to be uncovered.

That’s how the establishment does stuff, and we’re never to know, we are never to know that stuff. And we already know too much. And if you want to stay in the establishment, you’re going to participate. Comey, you like being among us? Fine. Here’s what’s gonna happen. Loretta Lynch, you want to hang on, have your reputation not destroyed? This is what you’re gonna do. But that’s what I would have talked about, and see I just did. I set the table for further discussion and still have time to be true to my discipline and commitment to get started on the phones, and we’re gonna go to Beaverton, Oregon. Mary, you’re first. Welcome to the program.

CALLER: Thank you, Rush, very much appreciate it. You did a brilliant job just now of laying out a number of issues that we should be investigating right now. Jeff Sessions, could you by any chance pick up the courtesy telephone and start doing your job?

RUSH: What is your complaint? 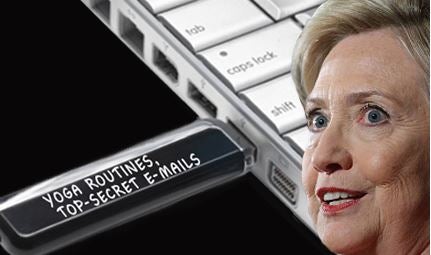 CALLER: Well, he appears to have recused himself of everything but immigration, every part of the job. What have we learned since July 5th, Rush, about the investigation, the FBI investigation of Hillary Clinton?

CALLER: I said July 5th we needed a special prosecutor to investigate the investigation. How much more data has come out since then? Then we’ve got the unmasking. You listed a bunch of them, Rush.

RUSH: Let me ask you a question.

CALLER: What’s he doing? Does he know that the Department of Justice reports to him? And lest we forget, two weeks ago, do you remember the FBI’s response when they refused to turn over any more information about the Clinton email investigation?

RUSH: Yeah. They said we didn’t think anybody cared.

CALLER: And that’s under Jeff Sessions Department of Justice.

CALLER: What is going on? And you know what, Rush?

RUSH: Wait, I understand the beef. It is the Jeff Sessions DOJ — it’s actually the Trump DOJ.

RUSH: I’m told that offends women and — (whistling) — I want to ask you a question before time expires here. Are you there? Testing, hello.

RUSH: Okay. Were you offended by my wolf whistle?

CALLER: It’s gonna take a lot more than that to offend me, Rush.

RUSH: What about if I asked you for your phone number even though we already have it here because of caller ID?

CALLER: Well, you already have it, so no. 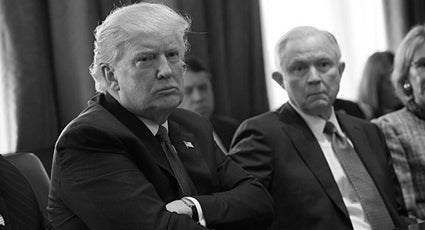 CALLER: I read his op-ed yesterday. Yes. I was standing up and cheering.

RUSH: Gregg Jarrett thinks that Sessions should resign for incompetence. And I wondered if you had seen that as some of the ammo that’s in your call here.

CALLER: Rush, when that op-ed was published, I woke up to a number of emails, ’cause my friends know how I feel about this, and they said, “This guy just read every point you’ve been making.” He just wrote it out. He hit it out of the park with that. Where are you, Jeff Sessions? He needs to understand something. If people cannot trust the Department of Justice — and I have zero trust for them right now. The corruption is rife, up and down.

CALLER: If we can’t trust that, Rush, kiss democracy good-bye.

RUSH: Ditto. Absolutely. DOJ is supposed to be exactly what it is, the Department of Justice. Well, look, Mary, I appreciate the phone call. I’m gonna have to react to this later. I’m out of time here in this brief segment. But I’m glad, and I applaud your ability to say what you had to say briefly and concisely. Very good.