Meanwhile, Trump Is Kicking Butt and Democrats Are in Trouble

RUSH: Meanwhile, while all this is going on, Donald Trump is kicking ass. I’m sorry. Kicking butt. While all of this is going on, Donald Trump is triumphing. The Wall Street Journal has — we touched on an aspect of the poll yesterday. There are more internals in the poll out today. But, you know, there’s a bunch of favorable views now on what Trump did with Chuck and Nancy and DACA, based on what happened to Pelosi.

Remember when Trump did the Chuck and Nancy deal and agreed to kick the debt limit issue down the road three months to where it would come up again? It turns out that that is one of the primary reasons why the Senate can revisit the repeal and replace of Obamacare.

In other words, while everybody was saying that Trump was an idiot and was stupid and had violated what Mitch and Paul wanted by having to reauthorize the debt limit again at Christmastime in December and the Democrats would just claim government shutdown, the very fact of doing that kept the door open. It’s a budget process, Senate rules and everything — kept the door open for the Senate to once again go back and tackle repeal, replace Obamacare.

And then the second thing, and we mentioned this, and we played audio sound bite of the DACA people and the DREAMers taking over a Nancy Pelosi press conference and basically commandeering the microphone from her and calling her a liar and telling her that it’s 11 million that we want amnesty for. She lost it. She didn’t know what was going on. These are her friends. These are the people that should think she’s on their side.

And, remember, the original take was that Trump has just slapped Mitch and Paul. “Why, look at what Trump’s done. Trump has cut a deal with Chuck and Nancy on the opposition. He’s gone with the enemy here. He’s disrespected the Republican leadership. This is a big deal.” And they were trying to say that Trump didn’t know what he was doing. Trump’s a buffoon. That Mitch McConnell and Paul Ryan are really ticked off. It’s a wider and wider rift between Trump and the Republicans, it’s bad news, and all because Trump doesn’t know what he’s doing.

And yet the real result of that doesn’t even involve the Republicans because that rift already existed, and Trump was saying “The hell with it, if you’re not gonna help me, I’m gonna go somewhere where I can.” What has happened is the Democrats, the left, the snowflakes on campus, they are livid at Chuck and Nancy for doing a deal with Trump! Trump’s supporters are not livid at him for doing a deal with Chuck and Nancy! They are applauding it by almost 85%. They don’t care. They have such faith in Trump that if he’s dealing with Chuck and Nancy, there must have been a reason and they’re gonna hang with him and support him. 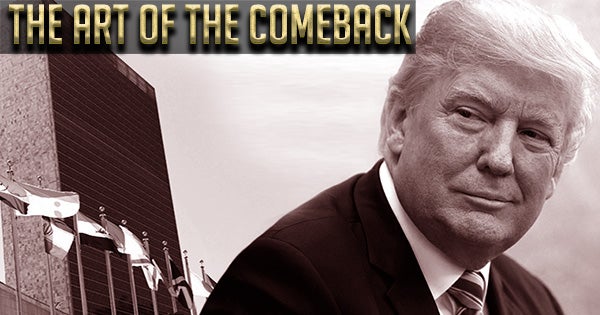 Trump’s speech at the U.N. was a grand-slam home run that everybody knows but only very few will acknowledge. Most are still saying, “Calling him rocket man is just so unseemly, it’s made me so nervous, and it’s embarrassed me, frankly.” That’s a minority view. I’m telling you things are happening here and progressing almost the exact opposite of the way the Drive-Bys are reporting it to you.

The big, big news really is the Democrats, these are the intolerant ones. They’re not looking at it the way Chuck and Nancy are. Chuck and Nancy are saying, “Look at what we’re doing. We just snookered Trump. We brought Trump over to our side. We’re gonna run Trump. Trump’s gonna have to do it our way.” 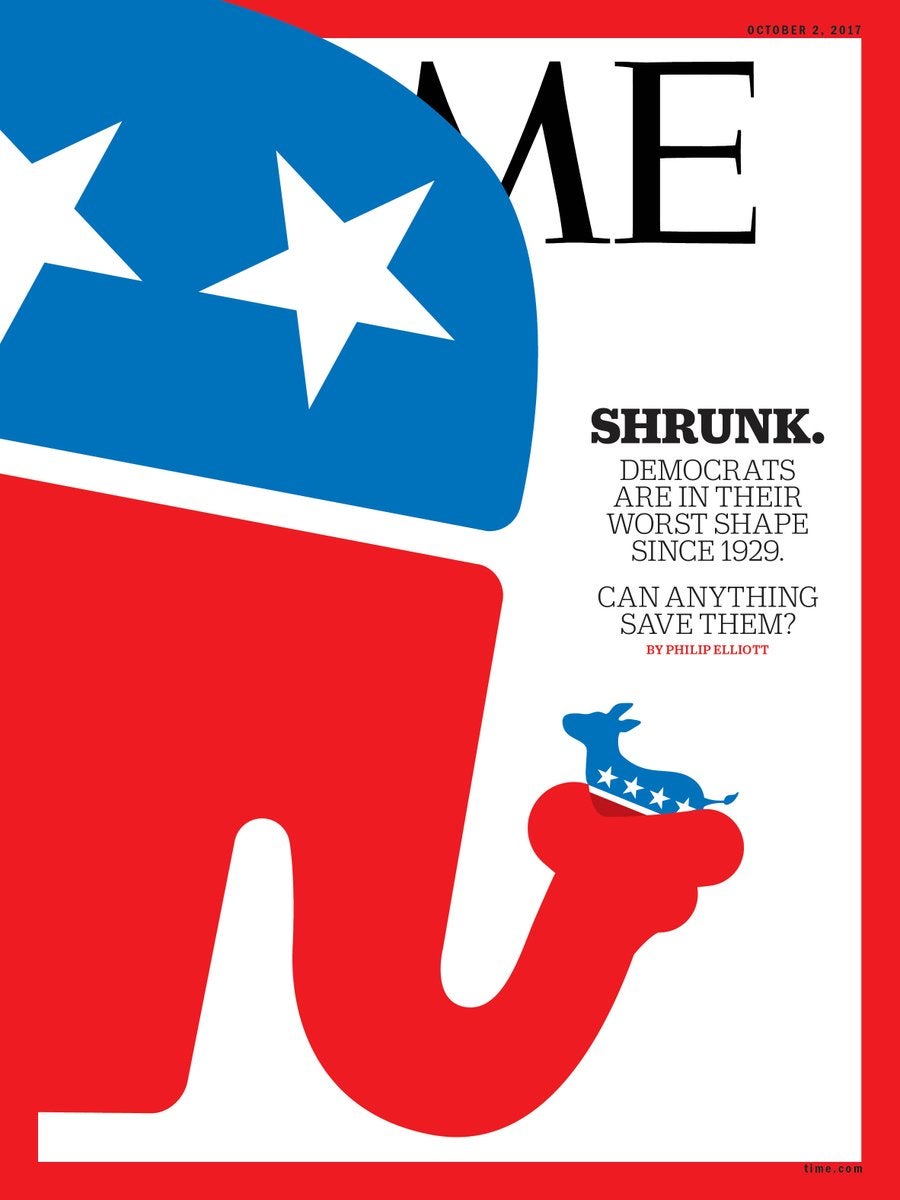 RUSH: TIME magazine cover story, “Divided Democratic Party Debates Its Future as 2020 Looms.” I’ve been trying to tell people that they’re in heap big trouble. You know, people get mad at me. “I don’t care if they’re losing elections, Rush, it looks like they’re winning. Have you seen the media lately?” Yeah, I know. I know. And I know it irritated you. But they are losing elections, and they got no hope.

Name their big gun. They’re trying to say their big gun is Tim Ryan, this Democrat out of Ohio, who is trying to basically toss out everything the Democrat Party wants to believe in, or much of it.