RUSH: If the players have unabridgeable First Amendment rights, free speech, then why are there penalties for certain end zone celebrations? 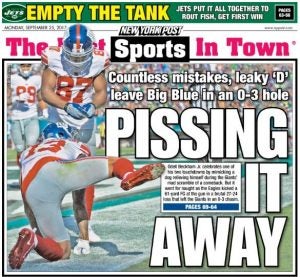 Hmm? I mean, that’s certainly freedom of speech, freedom of expression. Why can’t Odell Beckham Jr. pretend he’s a dog and urinate on the floor on the end zone at Philadelphia? He’s got First Amendment rights! Of course, he doesn’t, you see. But here’s what’s happening. In public, the left is attempting to do damage for whatever their objectives are. We’ll leave those aside. The left is attempting to publicly damage, take hold, whatever, of the NFL.

And people who are not political — and there are a lot of those in this country, more than you would think — are seeing it. And they don’t like it, and now there’s a president speaking out against it. In public, it is Democrats who are now showing up to be the party supporting actions against the flag. The Democrats are being seen as the party that encourages protest against the anthem and the country itself. I’m telling you, sports media guys and gals, there’s no way Donald Trump loses this, the way you’ve got it going.

RUSH: Here’s the AP. The AP: “President’s Criticism Sparked More Protests at NFL Games.” This is how out of touch, the media and everybody in the NFL just went to town on this. They promoted this, because the objective — for those of you tuning in today who are not politically oriented and not steeped in a daily dose of political news, the objective in all of this, after Trump’s comments on Friday, the objective is to separate Trump’s voters from Trump.

That’s what the political media has been trying to do ever since Trump won the nomination and maybe even before, because they think the route to getting rid of Trump is getting rid of his support base. So Trump goes to his Alabama rally on Friday night and says what he says, and the media assumes as they always do and the left assumes as they always do that a vast majority of America is righteously offended, righteously indignant, and righteously will not tolerate what the president said. And they go to town reporting it gleefully as though this is it, the president’s done it now, he’s finally shot himself in the foot. And then they realize that the president’s supporters on backing him and agree with him.

The attention this story is getting is largely because the media would love to damage the relationship that Trump has with his support base. Audio sound bite time. Let’s start here at number 1, Friday night in Huntsville, Alabama, campaign rally for Senator Luther Strange. That’s a whole other subject, that Trump was trying to appease Mitch. It was a mistake. In supporting Luther Strange, he was trying to appease Mitch, trying to get Mitch to help him out with some stuff legislatively, and they stuck with it. His supporters are even hanging on through this. But, anyway, we have two bites, what Trump said, and then a reaction from last night at Joint Base Andrews.

THE PRESIDENT: Wouldn’t you love to see one of these NFL owners, when somebody disrespects our flag, to say, “Get that son-of-a-bitch off the field right now, out, he’s fired” (cheers) “He’s fired!” Wouldn’t you love it?

RUSH: Did you hear all that unity? Or “did you hear all that divisiveness?” But you see, that’s unity. That’s Trump’s supporters all in. Hook, line, and sinker, they bought it, they’re all for it. Now, a bunch of NFL people took offense that Trump was calling players SOBs. He didn’t use plural. He said, “Wouldn’t you love to see one of these NFL owners, when somebody disrespects our flag, to say get that SOB off the field right now.”

Another way of putting it, “Ma’am, would you take your child out of the store for a moment or out of the theater until the child stops crying?” But he wasn’t calling the whole league that. But, of course, it was reported that’s what Trump thinks, everybody in the NFL was reacting, several people did. Here’s the second thing that Trump said. Not a lot of attention being paid to this.

THE PRESIDENT: The NFL ratings are town massively. Massively. The number one reason happens to be that they like watching what’s happening with yours truly. Because you know, today, if you hit too hard, right? They hit too hard, 15 yards, throw him out of the game. They had that last week. I watched for a couple of minutes, two guys just really, beautiful tackle, boom, 15 yards, the referee gets on television, his wife is sitting at home, she’s so proud of him. They’re ruining the game! Right?

RUSH: Oh, man. This goes against every grain of reporting in the NFL now. “You can’t celebrate hard hits. We’re trying to take those out of the game. That’s a futures suicide potential there. That’s a future concussion, you can’t celebrate that, you can’t promote that. We’re trying to take that out of the game.” Which they are. There’s a guy named Bill Tobin. He’s a scout for the Cincinnati Bengals. I think he’s been with the Detroit Lions. He’s a longtime NFL employee, and he’s likewise not happy with the direction the game’s going. He says (paraphrasing), “Look, football is what it is. And there are concussions that happen to people all over this country that don’t play football and there are people that die and commit suicide that don’t play football.”

He said rather than go through all this, there are people that want to play this game, make ’ems sign a piece of paper acknowledging what’s going on and let ’em play it, if that’s what they want to do. This is the United States. You can engage in freedom. And he’s upset that the social justice warriors are coming in here trying to legislate the game based on their own personal political preferences, which is what they are, and changing the game. And they’ve succeeded at that, too, folks. 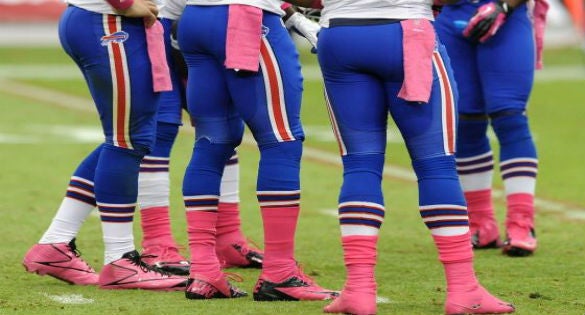 I said something last week and I found that it was also stated by Gregg Easterbrook, Tuesday Morning Quarterback, a correct assessment of how people watch the game now. The league has done this, the league’s media’s done this to itself. You can’t watch football the way you used to. You watch thinking, knowing there’s gonna be a car wreck and that you shouldn’t be watching. There’s a part of you that says, “This game is dangerous, it’s brutal, people could get killed out there. Oh, God.” And it’s totally changed the attitude people have watching the game. This is undeniable too.

There’s now an invisible barrier — not barrier — invisible aura that you watch every game through now. They have stigmatized so much of it that it’s impossible for people to not watch the game with apprehension and, I don’t know, fear, something that approximates that, which is not going to encourage long-term devotion, loyalty, and viewership if you think you shouldn’t be watching because of the way that all of the head trauma, the injuries, the way they have been portrayed. Whenever a former player dies now, it’s like climate change caused the hurricane, it’s like playing football is the reason the former player died. There’s hardly any doubt about it. It’s just automatically assumed this stuff affects people who watch the game, it does, and it’s not a positive. The league’s got to know this is happening. This is affecting their pocketbook.

THE PRESIDENT: That’s okay. Look, he has to take his ideas and go with what he wants. I think it’s very disrespectful to our country. I think it’s very, very disrespectful to our flag. I like Bob very much, he’s my friend, and he gave me a Super Bowl ring a month ago, right? So he’s a good friend of mine and I want him to do what he wants to do. But when you get on your knee and you don’t respect the American flag or the anthem, that’s not being treated with respect. This has nothing to do with race. I’ve never said anything about race. This has nothing to do with race or anything else. This has to do with respect for our country.

RUSH: He was asked about Robert Kraft, the New England Patriots, a Trump supporter saying that he was deeply disappointed by what Trump said, and that first part of Trump’s answer was, yeah, yeah, yeah, he has to take his ideas and go with what he wants. Look, the owners, as I discussed earlier, are scared to death, folks. You might not feel sorry for ’em. I mean, they’re billionaires and all that, but they’re scared to death. They lose no matter which side they choose.

They’ve gotta come down on the side of their employees or their customers. They are trying to find this middle ground and they’re doing that with liberal political language like, “We’re for unity and solidarity,” and it doesn’t fly because this isn’t unity. Nobody’s being unified. The divisiveness is happening on Sundays. It’s not happening at the White House when President Trump makes statements or in Alabama.

By the way, something happened in Foxboro yesterday. I didn’t know this, either ’til reading the aftermath. But this is Gillette Stadium during the singing of the national anthem. Apparently, the fans booed. The Drive-Bys, I don’t know if they showed this or not, but there are two bites here from when their players were kneeling and all that during the anthem. Here, listen…

RUSH: That’s the beginning of the anthem. Here’s at the end…

RUSH: (paraphrasing Goodell) “I’m so proud of what we did at the NFL today! I’m so proud of our reaction. Our unity! We all came together today at the NFL. We really socked it to ’em. We came together — and what nobody’s able to do, Donald Trump has done. Donald Trump’s got the players and the commissioner unified.” Right. The wagons are being circled around the NFL, and they’re not seeing them. Here’s a montage of NFL players and coaches. You characterize this yourself.

VON MILLER: We felt like President Trump’s speech was a — was an assault, you know on our most cherished right: freedom of speech.

JULIUS PEPPERS: There’s only a few times in a man’s life where you have a chance to make a statement, and I took it.

JIM CALDWELL: These are not SOBs in this league. Uh, these are men that, you know, that work hard. Integrity.

DESHONE KIZER: I know for a fact that I’m no son of a bitch and I — I plan on continuing forward and doing whatever I can from my position to, uh, you know promote, uh, the equality that’s needed in this country.

MIKE TOMLIN: We will not be divided by this. We got a group of men in there, men that come from different socioeconomic backgrounds, races, creed, ethnicities or religions, and so forth. That’s football. That’s a lot of team sports. But because of our position, we get drug into the bulls(bleep) to be quite honest with you.

RUSH: Tomlin — Mike Tomlin the Steelers there — really doesn’t want any part of it.