RUSH: This is from the Washington Examiner. It’s a piece by Paul Bedard. “America’s long national nightmare over failing to achieve the American Dream is over. Three years after [60%] of Americans said their dream of a great life was unachievable, now 82% believe [they have] either achieved the dream or are on their way.” Now, that’s a massive shift, and I want you to keep in mind something. Keep in mind Trump’s approval numbers. Trump’s approval numbers are in the thirties. 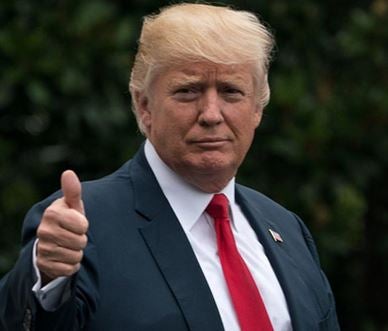 “‘Despite persistently low levels of public satisfaction with the state of the nation, most Americans say they have achieved the “American dream” or are on their way to achieving it. Only about one-in-five (17%) say the American dream is “out of reach” for their family…'” What’s the difference in the past three years? Every day we have polling data. A couple days ago, it was on public sentiment about the economy. Public confidence way, way up about the economy — and over here, there’s a Trump approval number in the high thirties?

It doesn’t make any sense — and, by the way, these numbers cross racial lines. This is a Pew Research Center poll, by the way. Whites are more likely than blacks or Hispanics to say they have achieved the American dream: 41% white, 17% black, 32% Hispanics say they have achieved it. But more blacks and Hispanics than whites say they are on their way to achieving it. Sixty-two percent of blacks say they’re on the way; they think they’re gonna get there.

Hispanics, 51% say they’re on their way to achieving the American dream, and 42% of whites think so. “There are no significant racial or ethnic differences in the shares who say the American dream is out of reach.” In other words, the pessimists are pretty much equal across all lines, be it racial, age, gender. Whatever demographic you want to go after, it’s pretty much equal on the negative side — and yet over here is Trump approval number at 35%, 37%. Something here doesn’t add up, folks.