RUSH: Donna Brazile has opened a hornet’s nest for the Democrats. The Politico has published excerpts of her new book. In this book Donna Brazile details how Hillary Clinton’s campaign — not the campaign, Hillary, Hillary took control of the DNC before the 2016 primaries.

After Debbie “Blabbermouth” Schultz was forced out, Brazile took over as acting head of the DNC and she discovered the agreement giving control of Democrat party finances, strategy, and fundraising to Hillary. It was signed in 2015, a full year before Hillary became the nominee.

After the story broke Thursday morning, CNN’s Jake Tapper asked Senator Fauxcahontas, Elizabeth Warren, if the Democrat primary was rigged for Hillary, and she said, “Yes.”

Well, I could have told you that. In fact, I did tell you that last year during the primaries. So did Donald Trump and the supporters of Bernie Sanders, the victims of the crooked deal. 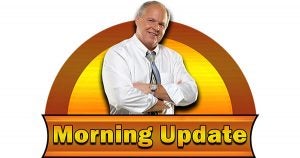 Fauxcahontas got elected to the Senate by promising voters she had the courage to speak truth to power. Yet when Hillary’s power was stomping on Bernie, Fauxcahontas remained silent. After first playing coy, supporting neither Hillary nor Bernie, she folded to power and threw her support behind the woman who rigged the election. Hillary Clinton.

Donna Brazile exposed how the game was rigged, and also exposed what hacks and frauds Democrats like Senator Elizabeth Warren really are.