“Wife of NFL Player Alleges Raiders Didn’t Block for Derek Carr Because He Opposed Anthem Protests — Miko Grimes, wife of NFL cornerback Brent Grimes, recently appeared on Revolt TV.” You ever heard of Revolt TV? I haven’t either. Have to look it up. “During that appearance, she shared a story about how the Oakland Raiders offensive line deliberately allowed quarterback Derek Carr to get hit, and eventually injured, during their Week 3 match-up against the Washington Redskins.” I shout that word ’cause it bugs the sports Drive-Bys.

Now, week three in the NFL came right after Trump called NFL protesters out at a rally in Alabama. That’s where he said we’d love it if those SOBs got fired. “Over 300 NFL players, coaches, and owners, protested in some form or fashion. According to Grimes, the Raiders offensive line, the only all-black offensive line in the NFL, took exception to Carr (who is white) saying that they shouldn’t kneel in protest. 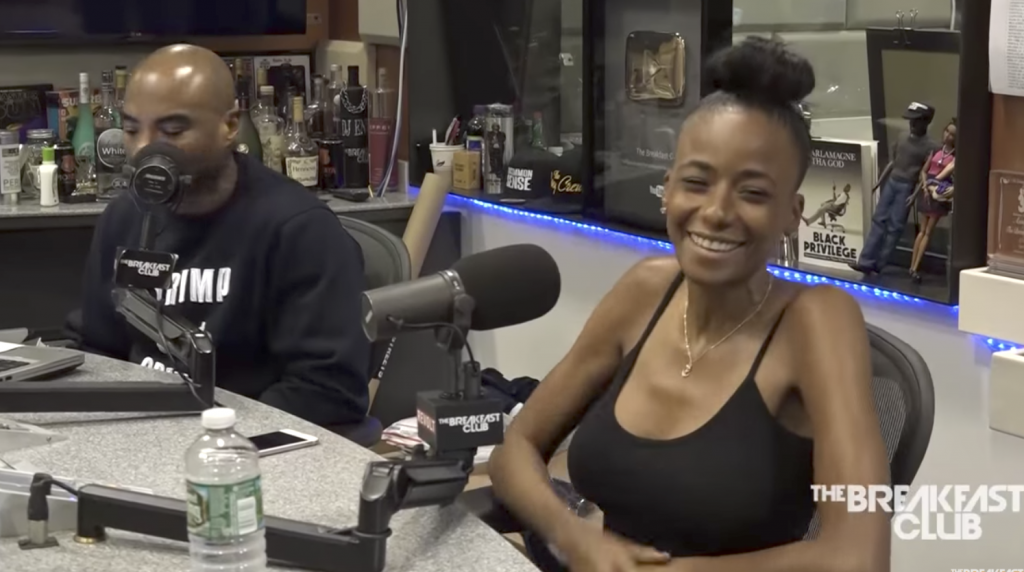 “An argument ensued, and, according to Grimes, the offensive line decided to abandon Carr to the Redskins pass rush. ‘Raiders OL didn’t block with full effort for QB Derek Carr after he told them not to kneel according to wife of NFL CB Brent Grimes .'”

Now, there’s more to this than just that. One of the offensive tackles for the Raiders is a guy named Donald Penn, and he’s denying it. He said (paraphrasing), “There’s no way. We love the guy, number one. Number two, we would never lay down and have our quarterback get injured.” He tweeted: “It’s crazy how people will make up lies and tell a story so false and untrue 2 get them some attention. I hope it was worth it, all lies.”

The Raiders gave up four sacks and six quarterback hits against the Redskins. That’s double the amount of sacks they had allowed in the first two games. (interruption) Revolt TV is P. Diddy’s network? Imagine me not knowing that P. Diddy had a TV network.