Where Was the Russian Collusion This Election?

RUSH: You know, I have a question, ladies and gentlemen. Where was the Russian collusion in this election in Virginia yesterday? I’ve been waiting to see if a caller might bring this up, ’cause I don’t like to hog the glory here. I like it illustrated to callers to the program, that we’re all in this and that brilliance can come from any sector or quadrant of the program. 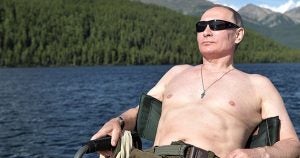 I mean, there has to be an explanation for this. And don’t you find it fascinating that the Drive-Bys have not even brought this up yet. Note that when the Drive-Bys win, why, they don’t even breathe a syllable of collusion. But I tell you what, I’m a little ticked at the Russians. They let us down. Where were they? I have to be very careful in mentioning this, obviously. (laughing)

You know, every fear I had — well, “fear” is the wrong word. Every sense of doubt I had about this election I figured the Russians have got it handled, the Russians will take care of it. I mean, if they can take care of a nationwide presidential race, surely a Podunk election in the governorship of Virginia should be easy. But they didn’t show up.