RUSH: Who’s next? Steve in Springfield, Missouri. Great to have you, sir. Welcome to the program. Hi. 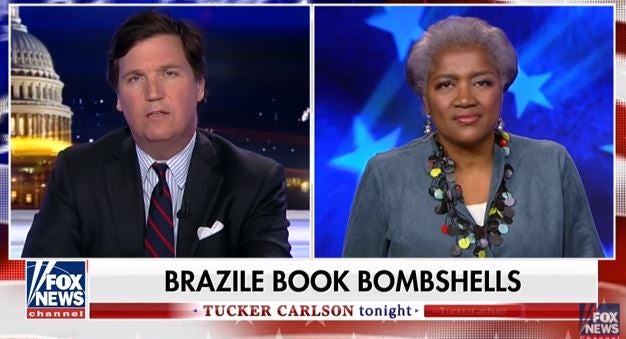 CALLER: I’ve got the question here. Do you think the Democrats are going to run Joe Biden, that’s what this stuff with Donna Brazile’s all about with the book and —

RUSH: No, I actually don’t. In fact, let’s go to sound bites number 1 and 2. I touched on this yesterday. Biden I think may want to, but I don’t think that’s who the Democrats are gonna choose. I tell you what. I touched on this yesterday, because this Brazile book, there’s too much of it now. As I said yesterday, I stumbled into this observation a couple of days ago. There’s just too much of this.

They want us focusing on Brazile and what she’s saying because while we’re doing that something else is happening over here that we’re not looking at. And my belief of the left is that everything is a con, because they cannot be honest about what they believe and what their plans are. They really would not win elections if that were the way they were.

Obama never came out and actually openly said what his intentions were. In certain parts of the country they can. In New York and San Francisco they can be totally open and honest what they are gonna do, but to win national elections, they can’t do that, which is ultimately a positive as well.

So everything they do is a con. Everything they do is a scam or a strategy or something. So this Brazile book, everybody’s asking, “Why’s she doing this?” “Well, she’s trying to cover her own rear end. The Democrat National Committee was a big mess, and she’s trying to make sure she doesn’t get tainted by it.” That’s not what’s going on. That’s what we’re supposed to think. What we’re supposed to think, that it’s all about getting rid of Hillary ’cause she won’t go away herself. There may be a grain of truth to that, but what I think is something far, far different.

I think part of getting the next Democrat nominee has to include getting rid of the Clintons. Not just Bill, but Hillary. They both have got to be relegated to the ash heap. The Democrats, I’m telling you right now, are thinking that if the Clintons still control this machine when we get into the 2020 presidential election cycle, they’re gonna lose it again. Hillary is every bit as hated as Donald Trump. They just don’t tell you this. She’s every bit as divisive. She’s every bit as partisan.

Hillary Clinton is every bit as polarizing as Donald Trump. But not with the media, so you don’t see that reflected. But Hillary Clinton is despised by more and more Democrats who are worried that the Clintons have a tight hold on this party, and until they’re forced to let go of it, they’re trapped. What I think Brazile is doing — some might say that it’s genius, I will withhold judgment — but I think Donna Brazile is trying to clear the decks for Michelle Obama to be the 2020 Democrat presidential nominee.

Let me take you back to me and my program yesterday. This is what I said, and it’s very short. 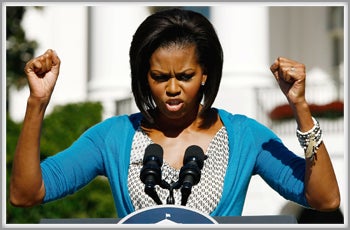 RUSH ARCHIVE: I think this is it, frankly. I think this is exactly what’s going on here. I think Brazile is clearing the decks and setting up — and she’s gonna run — the Michelle Obama campaign for president.

RUSH: And if not run the campaign, although I think she’ll be intimately involved. This is about clearing the decks, getting the (chuckles) refuse out of the way. ‘Cause who else is there? Would somebody tell me who else? Biden? Give me a break. Who is it? (interruption) Not the Castro brothers. (interruption) The Castro brothers? Neither one of them have risen sufficiently. (ringing) No, no, no, no. There might have… (interruption) Kamala Harris is not the answer. They floated that trial balloon. (ringing) They put it out there that she was raising money.

Elizabeth Warren? I don’t think so. Where is the energy for Fauxcahontas? Folks, this party I think knows it’s in trouble. This is the great — what would you say? — dichotomy here. The media portrays the Democrats, of course, as the smoothest running, well-oiled power machine going. And they are in total disarray. I think they think that Brazile thinks — and whoever she’s with thinks — it’s Michelle (My Belle). And here’s Brazile herself last night, Tucker Carlson, Fox News Channel. Question: “A male Democrat dismissed your claims of having experienced sexism by saying you were ‘crazy,’ something that I thought we aren’t allowed to do is to call women: Crazy.”

BRAZILE: My mother when I was a little kid growing up, she used to say, “It’s not what they call you. It’s what you answer to.”

BRAZILE: But I want to channel another woman who I admire so much and that’s Michelle Obama who said, “When they go low, you go high,” and perhaps what I did on Sunday when I told some of my detractors to “go to hell,” and as you well know, some of my conservatives know that I have always had a quick tongue. I’ve told people in the past what I really feel. You know, I should have… I should have channeled Michelle and just go higher.

RUSH: There you have it, by the way. Did I not tell you? Of all the people she could cite as someone she admires and is trying to emulate? How about that quick tongue comment, though? Doesn’t that kind of…?

RUSH: Matt in Bellingham, Washington. Greetings, sir. This is an intriguing comment, if what I think you’re gonna say is what you say. What do you say?

CALLER: The honor is all mine. Thank you for taking my call.

CALLER: Yeah. I’ll get to my main point, and I also have a battery-life question if you have time after that. But my main point is I’ve been watching House of Cards lately, just started it, and I can’t help but watching the main couple that Kevin Spacey’s one of the… You know, he’s the guy, and all I see is Clintons when I watch them, him and his wife in the show. So then I thought, “Okay, is he in the circle of the Clintons in real life and is he being targeted now for all these things that he’s done for decades, apparently, just like Weinstein because maybe they’re trying to take down the Clinton lobby?” 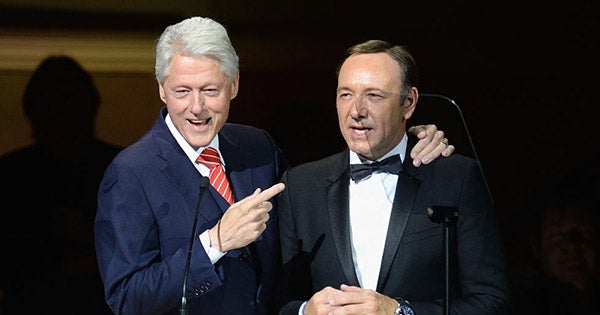 RUSH: No, no, no, no. No, they wouldn’t… Nobody’s trying to take down… Well, let me get ahead of myself here. Spacey is friends with the Clintons, but he’s not in the inner circle. Weinstein is an entirely different matter. Weinstein and the Clintons are inseparable. Weinstein was there at the official unveiling of Bill and Hillary’s official portraits at the White House ceremony that George Bush ran. He’s one of their biggest bundlers and biggest donors. (snorts) We know of Weinstein’s behavior. We know of his activities.

We have heard similar stories about Bill Clinton, and then there are other people in that group. There’s a guy named Jeffrey Epstein, who hires 15-year-old girls to be, ahem, “massage,” ahem, “therapists” in his home. The Clintons visited. Epstein flew Clinton all over the world ostensibly on charity missions. I’m not gonna mention the other names ’cause I don’t want ’em coming… They haven’t been thrown in this story, but there are other people in this group of people.

And I have been amazed that none of this has touched old Slick Willie. Look, I’m not gonna go any further. But not Spacey. Spacey’s friends with ’em. He’d vote for ’em and so forth. But I don’t think Spacey and the Clintons necessarily socialize and so forth. But Weinstein and the Clintons and that whole cabal? Yeah. If you want to hang on through the break here and you have your battery-life question, if you can hang on, we’ll do it right at the top of the next hour.

RUSH: I’ve had some little helpers out there sending me all kinds of pictures, links. Kevin Spacey with Bill Clinton embracing at parties and having a good old yuk yuk time. There’s even a New York Times story from February of 2015 talking about the bromance between Kevin Spacey and Bill Clinton.

Look, Epstein’s plane was called The Lolita Express. It was. And Clinton’s on that plane I can’t tell you how many times. The idea that — it’s just too big a stretch of the imagination. So far, though, none of it has touched Slick Willie and I don’t think it will. The Drive-Bys will do what they can to protect. And even Weinstein. Weinstein could probably lessen some of — nah, I doubt if he could. He’d probably keep tight lips. ‘Cause Weinstein’s enough of a delusional figure to think he’s got a future after this, and it’s quite possible in the Democrat Party he could! I mean, this is the kind of thing — talk to Ted Kennedy about. I mean, this is resume enhancement stuff.

RUSH: I mentioned Bill Clinton is out accusing Trump of dictatorship. Here it is. This was last night on the Conan O’Brien show on TBS, and they were talking about world politics, and this is what Slick Willie had to say. 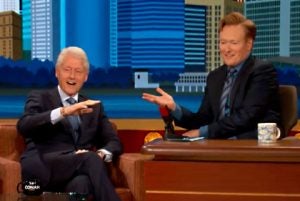 CLINTON: The dictators club in the world, and there’s a bunch of them, you know, they want two things. They want nuclear weapons, because they feel like they can never be dislodged no matter how much people hate ’em if they got nuclear power. And they want to abolish the line between fact and fiction and truth and lie because they figure if you don’t know what’s true and you don’t think you can ever know, that pretty soon everybody will accept the fact that democracy’s no longer possible.