Louis C.K. Says He Did It

RUSH: Louis C.K. says he did it. Louis C.K. says these stories are true, the sexual misconduct allegations levied against him are true. He apologized today after the New York Times bombshell report. He said these stories are true. “At the time, I said to myself that what I did was okay because I never showed a woman my [member] without asking first, which is also true.” 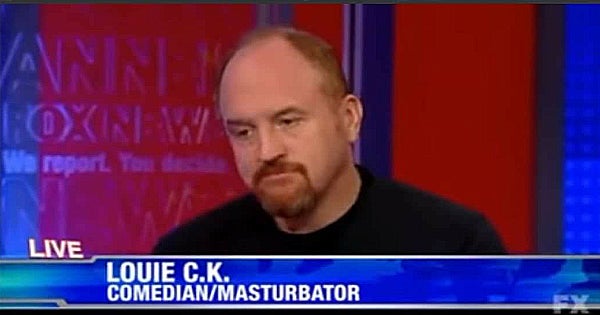 “But what I learned later in life, too late, is that when you have power over another person, asking them to look at your [member] isn’t a question. It’s a predicament for them. The power I had over these women is that they admired me. And I wielded that power irresponsibly.”

You know, there’s a lot of these guys. Not C.K., but a lot of these guys are blaming their actions on, “Hey, you know what? I grew up in a different era,” like Weinstein. “Hey, I come from the sixties and seventies where this is what you had to do to be a real guy. I just didn’t realize it had changed.” It’s one of the excuses they’re offering. It may be a little bit different. Apparently, the left hasn’t figured out that it’s no longer Mad Men out there. The Democrats still think the world is Mad Men and that they’re all Don Draper. Anyway, Louis C.K. did it. He said, “I said I spent all my life talking,” da-da, “now I’m gonna spend the rest of my life listening.”

This guy has said some of the most vile, disgusting things about Donald Trump about, you know, Trump’s behavior, Trump’s a pig, Trump’s a reprobate. Look at these guys, all of these guys launching this stuff.