Sports Drive-Bys Apoplectic Because the Texans Passed on Kaepernick

RUSH: The Houston Texans lost their star quarterback, Deshaun Watson. He blew up his ACL in practice. Oh, that’s horrible. You’re out for the year with the ACL. Well, the Drive-Bys, Tony Dungy, Rodney Harrison last Sunday night on the NBC NFL show immediately, “They gotta go Kaepernick, they gotta go. How do you not get Kaepernick? They got a team with the same kind of offense that Kaepernick ran, you gotta get Kaepernick.” 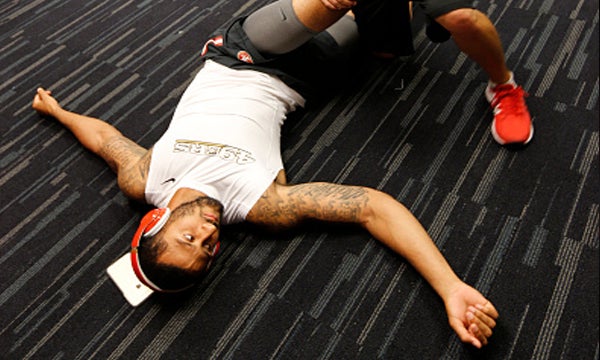 The Drive-Bys, every time a quarterback opening comes, “You gotta get Kaepernick.” And of course Bob McNair, owns the Texans, said we gotta stop letting the inmates run the prison. He was talking about the executives, not the players. But, anyway, the story is that the Houston Texans are gonna go with their current backup quarterback, they’re gonna pass on Kaepernick.

And the Drive-Bys are beside themselves. The Drive-Bys are trying to force this league to hire the anti-American protesting Kaepernick. And so far the league is resisting it, and ESPN’s expected to lay off another 100 people after Thanksgiving so as to lessen the blow. Many of them are gonna be on-camera people. They’re losing subscribers at a rapid rate.