RUSH: How many of you know who George Takei is? George Takei was in the original Star Trek. Anyway, he came out long ago that he was gay. And now there are allegations that he performed lewd illicit sex acts on a male model back in, what, 1914. The guy’s ancient. And he is denying it. He was accused of sexual assault by somebody named Scott Brunton, and Takei is beside himself with frustration there. He doesn’t understand this. He doesn’t remember it. He doesn’t think it happened. He thinks this guy’s making it up, but then he doesn’t think people like him would make things up, they’re too honorable, so he thinks there’s some other explanation. 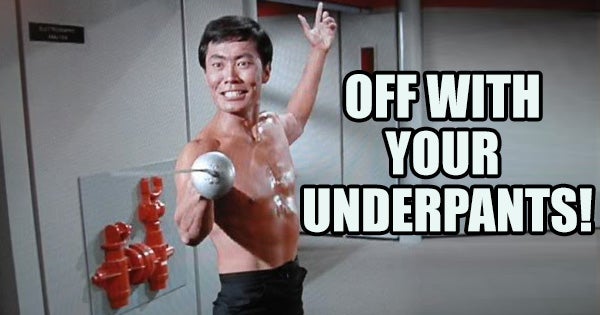 “In a now-deleted tweet, Takei shared a graph of trending topics among bots. The chart on trends showed ‘Takei’ and ‘George Takei’ high on the trending list. Takei has said the sexual assault allegations against him ‘simply did not occur.’ On Sunday, Donald Trump Jr. lashed out at Takei for accusing Ivanka Trump of playing the victim in June. Over the summer, Takei claimed that Ivanka was playing the victim after she said she was surprised at the ‘viciousness’ that greeted her father’s presidency.”