What Would Commissioner Limbaugh Do?

RUSH: Here we go back to Atlanta. This is Dana. Great to have you with us. Hi.

RUSH: Fine and dandy. So glad you called.

CALLER: Well, I’m a huge fan. I’m glad I got through. It’s an honor to talk to you. I’m a red, white, and blue patriot American who is not tired of winning yet, and a former fan of the NFL, which brings me to my question for you. 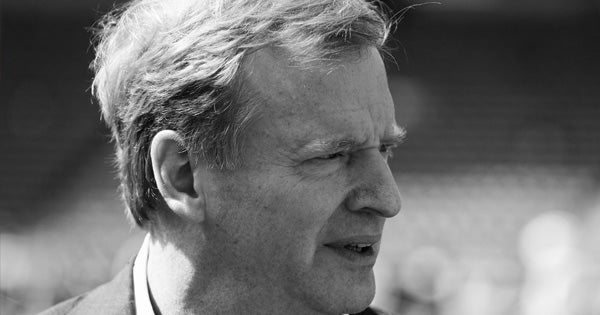 CALLER: If you could replace Roger Goodell as NFL commissioner, what do you think you would do —

CALLER: — at this point in time to try to bring the NFL back to its glory days —

CALLER: — and get people like me to tune in again.

RUSH: That is a big question.

RUSH: And to do that question justice, I would ask for time to actually seriously think about it. I’m not skating. I’m gonna give you an answer here, but this is something — I know you’re serious about it. Let me just give you some spontaneous thoughts, because I’ve seen you were gonna ask this for a couple minutes up there on the callboard, so I’ve been thinking about it here for the last 15 or 20 minutes. I don’t know how yet I would do all of these things or some of these things, but these are things that I think need to be done. The NFL needs to get out of the courtroom. The NFL needs to somehow stop and curtail all of the news that has to do with trials and courts and suspensions and stuff.

The NFL has to get back to the game of football being the star, to being the attraction, to being the allure, to being the mystique. You know, once at a Super Bowl I had a chance, ’cause I was a guest of Alex Spanos who owned the Chargers, I had a chance to sit next to the commissioner at the time, Paul Tagliabue, who was very leery of me, as most everybody is, a powerful, influential media figure. But I elicited from him — he’s a lawyer — and I elicited from him an answer to a question that I found fascinating.

The sum of it is he told me that when he needed to learn about the game, its history and its future, he went to the coaches. He said the coaches are the people who really know this game, who really love this game, who have invested so much in it. This is not to slight the players at all. And it’s not to put the coaches on a higher pedestal. But I thought about what he said. And ever since he said that, I have been listening to coaches in a different way and reading about them, studying them.

I’ve gotten to know a couple of coaches. They work harder than anybody else in the league in terms of the time they spend. They handle every operation that the team engages in. They determine the meals, they determine travel, logistics, roster. Well, general manager actually controls the roster, but it’s a good relationship between the GM and the coach, it’s a good partnership.

CALLER: Yeah, sure, all that stuff. I know that you’re a mastermind when it comes to the NFL, you’re a huge fan yourself, as was I.

RUSH: Okay, let’s get specific, the flag and protests. This is what I think I would do, and I expect people to laugh me out of this studio today. But as commissioner I would travel around and ask to meet with every team, every player. And I would take the time to explain what this league is and what it is to the people who enjoy it, the fans, the sponsors. And I would ask for their cooperation in putting the best foot forward for our business that could possibly be put forward.

You have things that make you unhappy about America; we all do. You have things that make you unhappy about your job; we all do. And I would try my best to get them to deal with those things like every other employee deals with these things one way or the other, but to not use the league and the game as the stage for all of this, because it’s ultimately harming the product. And no business worth its salt allows the product or the people working for it to be damaged and tarnished without consequences.

I gotta take a break right in the middle of what I was gonna say.

RUSH: Ladies and gentlemen, I have a belief that most people — and particularly people of fame, notoriety — really don’t know how they are seen by other people. And there’s a good reason for that. Everybody’s so self-focused. It’s just human nature. Everybody thinks about themselves. Everybody is thinking about their own insecurities or dealing with them. Everybody is too busy doing that to even be aware of how other people see them. Now, don’t misunderstand. You may think I’m contradicting myself here, but what I mean specifically…

Let me give you an illustration. I once heard a professional athlete, a baseball player (I don’t remember who) answering a question about the grind of the 162 games. You know, the NFL plays 18, if you count preseason — well, 20 — with a bye week in there. The NFL travels eight weeks a year. Baseball players play 162 games and the travel is nightmare compared to the NFL. You know, I’ve worked for the Kansas City Royals. It was not somebody that worked for the Royals that mentioned this to me.

But I asked ’em, “How do you deal with the grind? I mean, you can’t have the same energy every day. There’s too many days, too many games. Human moods are too up and down. How do you get through it?” He said, “I try to remember one thing.” This is a player telling me this. The player said, “Every day when I take the field to go out and play, to get ready, I try to remember that there are thousands of people watching this game who are for the first time watching a major league game or maybe the only time.

“I may be the reason they’re here. I tell myself every game that I may be the reason they have gone to the trouble to spend the money to come here. And when I tell myself that, then I feel a duty to do my best.” Now, contrast that with some people today saying, “Eh, if Pizza Hut pulls out, so what? They’re Podunk. The league’s $75 billion or whatever. We can put up with losing one sponsor.” Contrast that laissez-faire attitude about losing a sponsor — which, to me, is a big deal — to the player saying, “I feel duty-bound to give my best.

“There may be some kids in this stadium today who’ve never been here before, and it may be the only time they ever get to come. What happens if I take the easy road, take the day off or give it half effort or what have you?” That’s what I mean. This guy is very much aware of how he is seen. I don’t think most people are because of their own self-awareness of insecurities and their desire to be seen a certain way taking precedence over actually figuring out how they’re seen. I think if you can appeal to people to actually get them to understand… 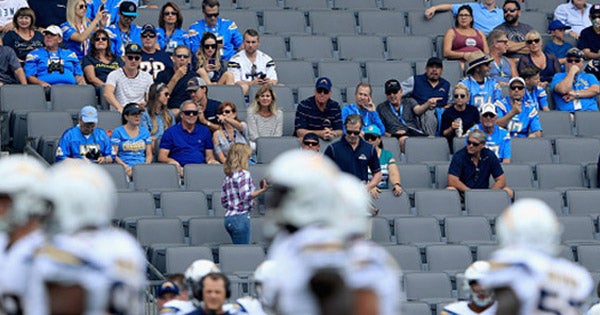 In this case, we’re talking about NFL players. If you could get to them and make them understand how they’re seen… The people that are devoted to the NFL, the fans that are watching on TV and going to stadiums are not racists. They’re not bigots, and they’re not trying to put you in jail. They’re none of what you have been told you’re surrounded by. These are people that have put you on pedestals. These are people that hero-worship you! They’re of all races. They’re of all ages. They’re kids. They’re seasoned citizens, grandmothers, mothers, cousins, fathers, and they are here to see you because you are you and because you do what you do.

There are not very many of you capable of doing what you do as well as you do it, and you owe them. They’re investing in you. You owe them. You should want to be seen the way they see you. And in some, “I don’t want the pressure being a role model, man.” I’m not talking about being a role model. People are not paying to come here and see somebody express a grievance about the country or about the boss or about whatever. You know, I may be totally naive, but I’m under the impression that I could reach ’em. But that would just be one thing, if I were actually the commish. That’s just one thing.

That’s an immediate problem. This league has got problems that… Certainly, those are serious, but they go way beyond that. This league’s not gonna remain what it is if half the news is related to the law and courts and suspensions and all this stuff. There have to be ways to improve that and make this better. But my point about investing in the coaches is the coaches are the people that know the game. They know it inside and out, and they have ideas — I’m sure they do — on what could be done to improve things. But I don’t think that in the structure of the teams they’re asked much. But, anyway, that’s an off-the-top-of-my-head answer.

There’d be much more after I actually spent serious time thinking about it.