Tina Brown Goes After Google, Social Media (But Who Has Made Twitter/Facebook a Source Authority?)

RUSH: I mentioned earlier in the program a piece that I saw with some quotes from Tina Brown. Tina Brown ran the New Yorker magazine and Vanity Fair for a while, and she also did Talk magazine, which was financed by Harvey Weinstein. But she said she was not Harvey’s type. So that means Harvey didn’t hit on her. But it didn’t go anywhere — Talk magazine didn’t go anywhere — so it went defunct. But in her day, she was considered the queen of New York media. She and her husband, Sir Harry Edwards… Not Edwards, Evans.

Harry Edwards is the “race coach” for the 49ers. Harry Evans, Sir Harry Evans. He was knighted by the queen one day. They were the toast of New York media. I can remember I’d run into conservative media people (excitedly), “Tina Brown called me! Tina Brown wants to have lunch with me,” like God had called. “Are you kidding? Why is it a big deal?” “Tina Brown is Tina Brown!” Okay, I’m just telling you this, to give you an idea how big she was, you remember, right, Snerdley? But she was total print. Vanity Fair, which…

Believe me, to the swamp and the Hollywood people, Vanity Fair is the only bible there is. Maybe Variety and maybe the Hollywood Reporter. But Vanity Fair said it all. And then she went from there to the New Yorker. And now, of course, times have passed her by. And she some opinions about what’s gone wrong with the publishing/journalism business. And she was interviewed by a website out there, and I saw the interviewer, and I ran into a couple of quotes.

“I am very angry and upset about the way advertising revenue has been essentially pirated by the Facebook, Google world, without nearly enough give-back, no give-back, really, to the people who create these brilliant pieces that are posted all over their platform.” Here’s what she’s saying. She’s an editor. She edited all these great writers, and they would produce their stories, and they’d get printed/published in Vanity Fair or wherever.

Then here comes Facebook and Google, and they literally steal those pieces and put them on their aggregation news sites, and nobody pays for them, and then Google gets all the advertising revenue because so many clicks and so many eyeballs, and she says it’s not fair. The places creating this art… She calls writing stories “art.” The places creating this art are not being paid for it. These bloodsuckers, like Facebook and Google, are just sucking up everybody else’s creativity and getting all the advertisements.

So she wants them to give back, to create an advertising fund where a portion of what Google and Facebook sell or collect via sales would go back to the content creators. Now, you can understand that. I would just like to say, ladies and gentlemen: Facebook and Google have not affected us. Content is content, and I don’t want to make too big a deal about this and become bigger target than I already am, but I would never level this complaint because we don’t have it. 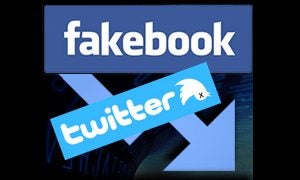 Then she says, “A flash mob can suddenly form very, very quickly around a person, and wow! Suddenly, their reputation is shredded, and they’re sent spinning by the dissent of a thousand people writing abusive stuff about them. It’s a frightening thing, actually. It can lead to a lot of stress and dangerous emotions, and ultimately could lead to violence.” She’s just discovering what happens on Twitter and had Facebook, with all of these nameless, faceless, pajama-clad losers out there writing all of their caustic opinions.

But what makes that newsworthy? This is the thing that gets me. Here she is complaining about a flash mob. Somebody needs to tell her about bots too. I’m not sure she knows. She probably understands bots by now. But out of nowhere a campaign can start against a public figure and ruin them, destroy them — allege this, allege that — and it all happens on social media. And she calls it a flash mob. And before anybody knows what’s happened, a life is destroyed, a reputation is destroyed.

And then she said, “You know, I think we’ve also seen the empowering of a lot of delinquent voices, in a sense. In the past, they would just be crazy people muttering at a bar. But all of a sudden there’s a huge community around those insane voices, and they have influence and power. And they can multiply. And that adds to the toxicity of the culture.” I can’t deny any of that. But here’s the solution, and it’s real simple. Because there is a point about this that need to be made: Who are these people on Twitter and who are these people on Facebook, these anonymous people? 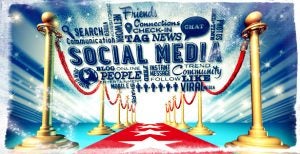 It used to be in the old days that if the media was gonna get a source for an opinion or reaction to something, it would be somebody that had some sense of credibility or authority by virtue of reputation. What’s happening with Twitter and Facebook is literally a bunch of anonymous no-names. I mean, they’ve got names, but you don’t know who they are. They can react with a pithy reaction here or there, and the New York Post, the Daily News, or the New York Times or CNN will publish it or televise it.

Now, they’re doing this under the guise of showing the public reaction to a news story. But, once again, the assumption is that what’s happening on Twitter is representative of a majority of the thinking in America, and it isn’t, because nobody knows. So when the media finds… Say Trump does something or tweets something. Then the media go look at Twitter for the wackiest, silliest, meanest, stupidest reaction to Trump and publish it because they hate Trump.

They don’t know if it’s a bot that wrote the thing. They don’t know who it is even if there’s a name attached to it. But simply because it is anti-Trump or agrees with the agenda of the particular news organization publishing it, they run with it. If this has happened 30 years ago, what the media would do is somebody in public life would say something outrageous, and the media would get on the phone and start calling people. “Did you hear what X and X just said about?” “Yeah.” “What do you think of it?”

“I think they’re full you know what.” They’d then publish that. Just start randomly calling people out of the phone book and publishing their reaction to it. “Twitter is blowing up.” Well, let it! The only reason, Ms. Brown, you’re concerned what’s happening on Twitter is because it’s become a source authority for the Drive-By Media. It’s insane. And it’s not because they’re credible. It’s because you can find some cockamamie or pithy or whatever reaction that furthers the agenda of the reporter or the publication.

I’ve always been (I don’t know what the word is) taken or a little bit miffed about this. Well, let me put it this way. How many people in the Drive-By Media would tune in to this show and listen to what callers say about something and then reprint that as evidence of what America thinks about something? They’d never do it. They think what you think is insane because they don’t agree with you because you’re listening to this show in the first place. But even if that weren’t the case, they still wouldn’t tune in to listen to what you’re saying and then use that in news stories as credible.

It wouldn’t be a source authority reaction to whatever news story is out there. So, Ms. Brown, if you’re tired of Twitter, get on the phone and call all your media buddies and tell ’em to stop quoting anything they see on it. “But Alec Baldwin said…” That’s especially true. Don’t put anything Alec Baldwin says in the news. What is the point? You know, by doing this, they can immediately dial down a whole lot of stress in the country in the first place? I mean, what is newsworthy about a bunch of anonymous people who have extreme reactions to whatever getting printed as part of the example of “Twitter blows up”?

So “Twitter blows up” is news in itself? Is it because this is the first time the media has had direct access to public opinion about things? If that’s the case, why do they take public opinion polls anymore? Why not just rely on whatever they see on Twitter and have that reflected as public opinion, because isn’t that what they’re doing in the first place by citing it so often? Facebook too.

RUSH: I tell you something else here. Tina Brown says, “A flash mob can suddenly form very, very quickly around a person, and wow! Suddenly, their reputation is shredded, and they’re sent spinning by the dissent of a thousand people writing abusive stuff about them.” Hey, Tina, you just described your own business. That is the Drive-By Media. That’s it to a T! But she doesn’t know it. She’s describing, you know, Twitter and Facebook and all that. So in a sense, Tina Brown and the rest of the Drive-Bys are getting a taste of their own medicine by virtue of their publicizing what’s on Twitter. It’s the most amazing thing to me.