RUSH: Fox News. The headline: “Girl Scouts Tells Parents Not to Force Daughters to Hug Relatives Over the Holidays.” Now, you’re probably saying, “Wait, wait, wait, what? That headline doesn’t make any sense.” I know. But I read it verbatim. The Girl Scouts of the USA — maybe they’re just miffed that the Boy Scouts has decided to admit girls.

“The Girl Scouts of the USA has issued an odd warning to parents for the upcoming holidays, cautioning them to not force their daughters to give relatives hugs or kisses, and to offer instead the alternative of less personal kinds of touching. 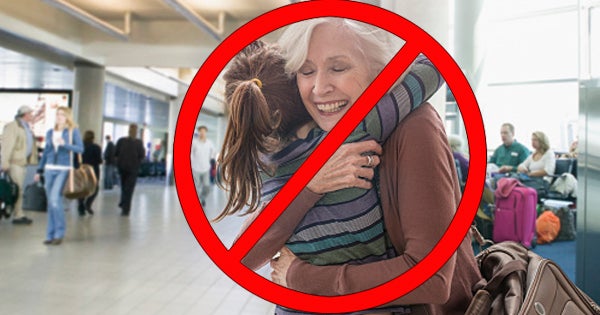 “While a directive to withhold affection from one’s family may sound like an overreach, the Girl Scouts explained in a public service announcement on their official site that ‘telling your child that she owes someone a hug either just because she hasn’t seen this person in a while or because they gave her a gift can set the stage for her questioning whether she ‘owes’ another person any type of physical affection when they’ve bought her dinner or done something else seemingly nice for her later in life.'”

You follow this now? The Girl Scouts of America is urging family members not to have their little girls hug other family members over the holidays because this can eventually lead to sexual harassment and rape, is what they are getting at. If you condition your daughter to hug Uncle Fred after Uncle Fred gives her a Barbie doll, then you are conditioning your daughter to go out and hug Mr. X, who might give her a gift, and Mr. X might then expect to be hugged. And Mr. X might just give the gift or buy your daughter dinner in hopes of having her hug him or more.

And so to guard against creating this reaction in your daughter, tell your daughter to hug nobody. Hugging a family member as gratitude or greeting can lead to unwanted sexual advances later in life. Now, notwithstanding that some families have reprobates in them, the point here is, come on, everybody knows that. 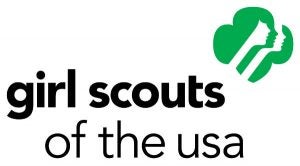 What they’re trying to do now is convince you that your family life and the way you are raising your daughter can make her susceptible to future acts of sexism, sexual harassment, or even rape. And the way to stop this dead in its tracks is to make sure your little girl hugs nobody over the holidays. Girl Scouts of America.

The Girl Scouts of America, “which aims to build courage, confidence and character in young girls, further elaborated on how parents can help daughters navigate social situations this holiday season, recommending alternatives to kissing and hugging that include a ‘high-five’ or a ‘thank you with a smile.'” Or a fist bump. So instead of hugging, high five, thank you with a smile, or fist bump. But no hugging.

RUSH: Ernesto in Seattle. Welcome, sir. Glad you waited. Great to have you at the EIB Network. Hi.

RUSH: Thank you. Same to you.

CALLER: Hey, I’m happy that you touched on the Girl Scouts of America advice to the parents.

CALLER: Yeah, I feel it’s totally stupid and out of focus. The way I see it, they are putting the blame on parents and women that are going through difficult times because of sexual harassment instead of sexual predators.

RUSH: Well, the Girl Scouts are essentially saying that young girls being hugged by family members sets the stage for being sexually harassed or worse later in life. It’s absurd.

RUSH: The Girl Scouts of America is advising parents not to let male family members hug these little girls. Why? Because it can lead down the road to the little girl wanting to be hugged by people who aren’t her family and who might want more than a hug. And if we condition our little girls to be hugged by family members just for greetings and saying hi when you enter a room — this is absurd. This is trying to affix the blame for a problem where it does not reside and doesn’t lie. Another attack on the family essentially from the Girl Scouts of America, of all places, which obviously has been corrupted now by the left as well.

CALLER: Rush, it is sad to see how the Girl Scouts of America continues to hurt their organization by destroying the basic foundation of our society. They’re trying to take away an innocent expression of love from family members. And what is that doing now in present day to all of those women that are suffering —

CALLER: — because of sexual predators?

RUSH: Exactly right. To try to relate or compare the hugs, the greetings of male family members to potential future rapists and muggers? I mean, the innocent expression of affection and love in a family can lead to — what this is, is a sick, sick way of actually ending up blaming the victim, when you get right down to it. I don’t even know if they see that, but that’s essentially what they’re doing.