Outrage Greets Giants-Redskins Game (No, Not Because It’ll Be a Dud)

RUSH: The Nation, the far, far, fringe left wacko news publication suggests — do you know the Washington Redskins are hosting one of the Thanksgiving football games in the NFL? The Nation believes that the Redskins hosting a Thanksgiving Day game is the owners of the NFL showing their true racist, anti-Indian feelings. These people are incapable of being happy. They have to find some sort of ism in everything, even if it’s harmless and good. 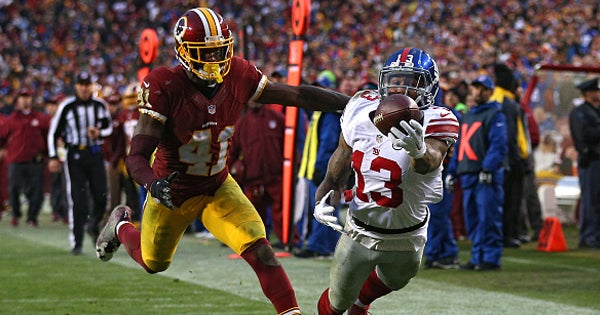 What fans ought to be most concerned about is the Redskins aren’t going anywhere. Who are the Redskins even playing in there? It’s the Thursday night game. NBC has it. And I know it’s off the top of my head. But the NFL purposefully scheduled the Redskins on Thanksgiving night because we all know, we all — oh, that’s right, the Giants. I mean, what a dud! If anybody ought to be upset, it’s a dud game in prime time on Thanksgiving.

Of course, when the schedule makers put it together, they didn’t know that the Giants were gonna be pathetic and the Redskins were not gonna be that much better. But, for crying out loud. So this sends a signal, see, this sends a signal the NFL is exemplifying how we mistreated the Indians at Thanksgiving ’cause that’s what they think Thanksgiving was.

The Indians saved us. Without the Indians we wouldn’t be here, and what did we turn around and do? We screwed ’em out of Manhattan and we didn’t feed ’em and we put ’em on reservations and we turn ’em into alcoholics. And so here comes the NFL hammering that even further by making the Redskins play on Thanksgiving night. This is your normal thought process on display by your average, ordinary run-of-the-mill leftist publication.