RUSH: Frank in Phoenix. Frank, you’re next. We’ll give your phone line a shot. How are you doing, sir?

RUSH: I appreciate your call, sir. Thank you.

CALLER: I just happened to run across an article about John Lasseter and Pixar and Disney. I guess he’s head of animation at Disney too. The article says he’s stepping away from his job, a leave of absence, amid “missteps.” I was reading the article, and I thought it was something to do with financial and maybe making bad decisions financially with the company — and then I dig down deep and it’s really all about sexual harassment. 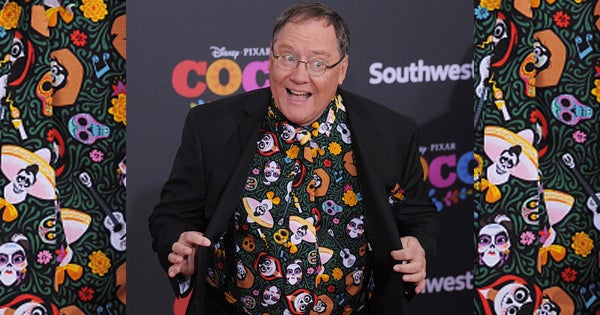 RUSH: Well, that’s what the “missteps” are. That’s what he meant the missteps to define. So your point is the media is really not divulging what Lasseter actually did. They’re trying to make people think there were some financial improprieties.

CALLER: That’s what I read when I read it.

I guess he has some executive experience being the founder and so forth, but this story is, as you say, 100% sexual harassment. His “missteps” were the abuse and mistreatment of women, and he’s gonna get six months to straighten it out. Gonna take a leave of absence for six months. There would not be… I don’t know if it’s really true now, but back in the day, it would have been accurate to say there wouldn’t be a Pixar without him. I mean, he is to animation what George Lucas was to the genre-of-movies.

And you’ve never heard the name, right? Until this happened, you never heard the name John Lasseter? Well, he is to animation and the modern era of animation what George… I just said his name. What is it? George Lucas is to the sci-fi genre that is Star Wars and so forth. Huge. And so that’s why they’re gonna give him six months instead of 30 days at the sex rehab clinic, he’s got six months. The thing about this is Disney.