The Canarsie Tribe Swindled the Dutch out of Manhattan!

RUSH: You know, there’s just one other thing here, folks. You probably have been told that we screwed the Indians out of Manhattan Island, that we bought Manhattan from ’em for the equivalent of 24 bucks. That also is not true. “A persuasive case can be made that the city of New York began with a swindle. For generations schoolchildren have been taught that a slick trick was played on unsuspecting Indians by the director of the Dutch West India Company, Peter Minuit. In 1626, he purchased the island of ‘Manna-hatin’ for sixty gilders worth of trinkets, about $24. 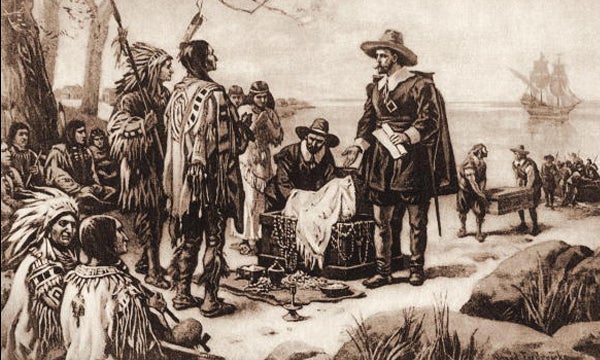 “What Minuit did not know at the time, however, was that his masterful real estate deal had been struck with the Canarsie tribe, residents of Long Island; they held no title to [‘Manna-hatin’] the land they sold to the Dutch. In due course, the intruders from Amsterdam who thought they had pulled a sharp one on the locals were forced into negotiating a second, more costly deal with the” people who actually did own ‘Manna-hatin’! So it was the Dutch who got screwed by the Indians, not the other way around.

And I guarantee you, you haven’t been taught that.