It was the usual, “I never heard of him and then I listened to him.” You know, it’s nothing. It won’t last. It’s just a flash in the pan. “Garrison Keillor … says he’s been fired by Minnesota Public Radio over allegations of improper behavior. Keillor told the Associated Press of his firing in an email. In a follow-up statement, he says he was fired over ‘a story that I think is more interesting and more complicated than the version MPR heard.'” He didn’t give any detail. Just keep dropping.

Here’s Jeff in Los Angeles. Jeff, great to have you. I wanted to get to you this hour. How you doing, sir?

RUSH: You bet. Great to have you here. What’s up, what’s shaking, what’s happening?

CALLER: Well, I just… I’m wondering if they’re just failing to communicate that there would be investigations that would occur before these decisions are made to terminate these executives with the various networks. I work in human resources and, you know, in my view, in my past experience, you don’t enter into a decision to terminate someone even if they’re at will unless you have a really sound basis. I would think these people would be put on some administrative leave pending an investigation and then we would learn that they’re terminated.

RUSH: I understand what you’re saying. But I really think that Lauer has been let go because of such an investigation.

RUSH: And I think the rapidity with which he was dispatched is an —

RUSH: — indication of what they found in that investigation. 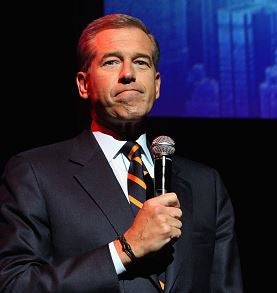 RUSH: ‘Cause, believe me, they did everything they could to save Brian Williams, and did.

CALLER: Oh, I’m sure. So you think there are probably investigations that are being carried out?

RUSH: Yeah, but remember: There’s no First Amendment here. This is a privately held… Well, it’s a public company, but they can hire and fire whoever they want for whatever reason. They can fire you if they change their schedule. Like if NBC decided to dump the Today show and do two hours of Chinese opera in a reach-out to Asian listeners or Asian viewers and everybody got fired, that’s just the way it is.

I mean, I have been fired because the radio station changed format, and there were about 12 of us. When you’re talking about a business, they can fire anybody. It helps if they have cause. People fired can object to it if they want, but something like this, believe me, if they didn’t have to do it, they wouldn’t have done it. If they could have found a way to hold onto Matt Lauer, ’cause Matt Lauer, people are saying, is the face of NBC News. So you have to think that they dug deep and what they found, they didn’t like.

RUSH: By the way, here is a public service. I realize that many of you leftists in this country have great animus toward me and toward this program that’s totally unnecessary, and I want to demonstrate a willingness to help here. If there are any of you Democrats who have not abused, harassed, or beaten up a woman, just call and tell us, and we’ll tell the world. It might take a lot less time than all of this drip, drip, drip, drip, drip, drip, drip stuff that we’re experiencing here. I mean, in case you just turned on the radio, Garrison Keillor is the most recent. A Prairie Home Companion host.

For those of you that don’t know what that was, how would you describe A Prairie Home Companion? (interruption) Oh, of course that’s what it was, but how would you describe it? “It was radio theater,” is what Snerdley said. (interruption) It was not a variety show. It was a pretend place. It was Garrison Keillor constructing liberal utopia at Lake Wobegon. Lake Wobegon had a bunch of people, like, what are the characters in the Lord of the Rings? The gremlins, munchkins, whatever. (interruption) The hobbits! It’s community of hobbit-like people.

Everybody loves each other. Everybody got along. There was no hatred. There was no racism, bigotry, homophobia. There was no sexual harassment. It was perfect liberal utopia — and the guy in charge of it has admitted so sexual harassment. So I’m just saying: If there are any of you Democrats or leftists who have not behaved this way, we will be happy to publicize that for you. ‘Cause I imagine that a lot of Democrats are starting to worry that this is gonna start tainting a lot of innocent people.

Because if this keeps up, it won’t be long before people assume that this is standard operating behavior in both the media and in Hollywood and in the Democrat Party. Well, it may well be.